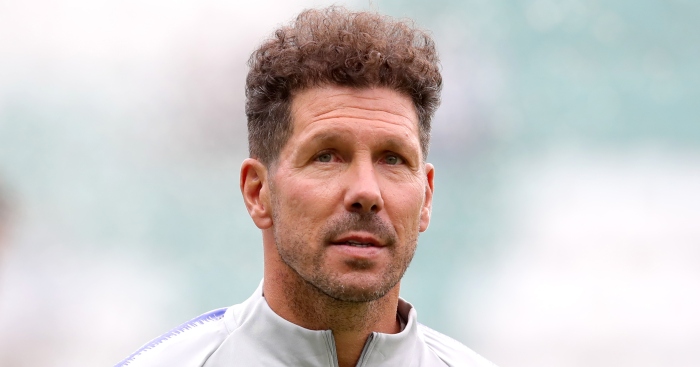 Diego Simeone is “not surprised” by Chelsea’s rumoured interest in Jan Oblak.

The Atletico Madrid star has been named as the best goalkeeper in La Liga in the last four seasons and has conceded just 26 times in the current campaign.

Chelsea are said to be looking for a replacement for Kepa Arrizabalaga, and are rumoured to be keen to include the Spain international in a player-plus-cash deal for Oblak.

FEATURE: ITV should give us and Clive Tydesley an explanation…

But Simeone is keen to keep the 27-year-old Slovakian at the club, insisting he is used to his players being linked with moves to other top clubs.

“It does not surprise me, every year our most important players are wanted by the best in the world,” the Atletico boss told the media ahead of Thursday’s game with Getafe.

“It is normal to always look for the best – and we have many. Some have left and others have stayed.

“It is logical and normal that anyone wants Oblak. He is our captain and an important player. I hope we can count on his work, which is enormous for Atleti.”

When asked again about Oblak’s future, Simeone replied: “I repeat the same thing: it is normal that they want a goalkeeper of his characteristics and value.

“It does not surprise me. He is decisive and important in the dressing room year after year. He has evolved in every way, as a goalkeeper and within the group.”