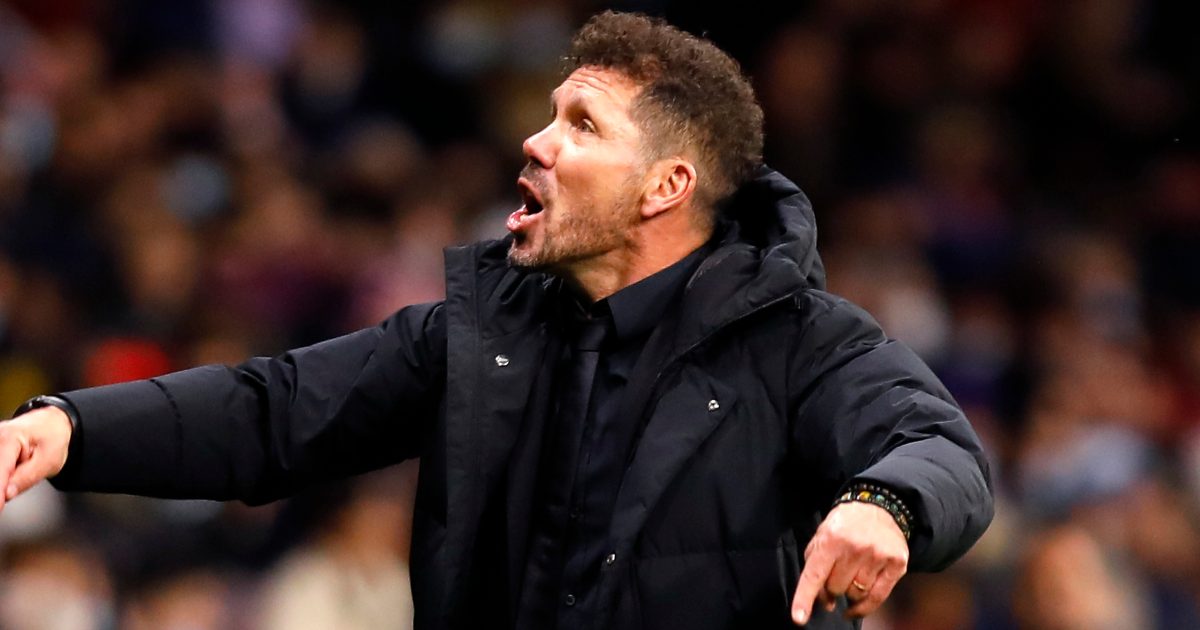 Diego Simeone believes Tuesday’s Champions League meeting between Man Utd and Atletico Madrid will be a “classic type of match you expect in a game like this”.

The Red Devils drew 1-1 against Atletico when the sides met in Spain three weeks ago. Anthony Elanga scored an equaliser for the visitors, who were second best for large portions.

The away goal rule is no longer in use so there is nothing between the sides heading into the second leg. Simeone is expecting Tuesday’s clash to be entertaining.

“The characteristics of the footballers that Manchester United have and our players and the way we both play I imagine it will be a dynamic game, a game where there will be alternative moments,” Simeone said.

“We’ll press high. It will be the classic type of match you expect in a game like this, the vertigo you suffer sometimes when a team plays at home.

“I think we have the opportunity to hit on the counter to capitalise on any errors they make.

“The season we’ve had it’s one of the most complex seasons we’ve been going through but we try to find an alternative and find solutions. Tomorrow I’m sure we’ll have to find solutions and resolve things.”

Atleti won LaLiga last season but have long been out of the title race, even if their recent four-game winning run has propelled them up to fourth.

They beat Cadiz 2-1 on Friday night and have the potential to knock United out at Old Trafford, thanks to a mixture of talent and wily Simeone’s approach.

“In football it’s all opinions,” he said. “I think coaches always try to generate what they can with what players they have.

“In these 10 years we’ve found a path that has given us results and we try to generate and manage and stimulate these players we’ve got.

“We’ll have to resolve the match and what happens through the game. I think it’s clear with the players they have and we have it can vary depending on what happens in the game, they can hit on the break as well.

“It’s not just us waiting to break, perhaps they’ll have long periods of having the ball, we’ll have a dynamic game in a fantastic ground.”