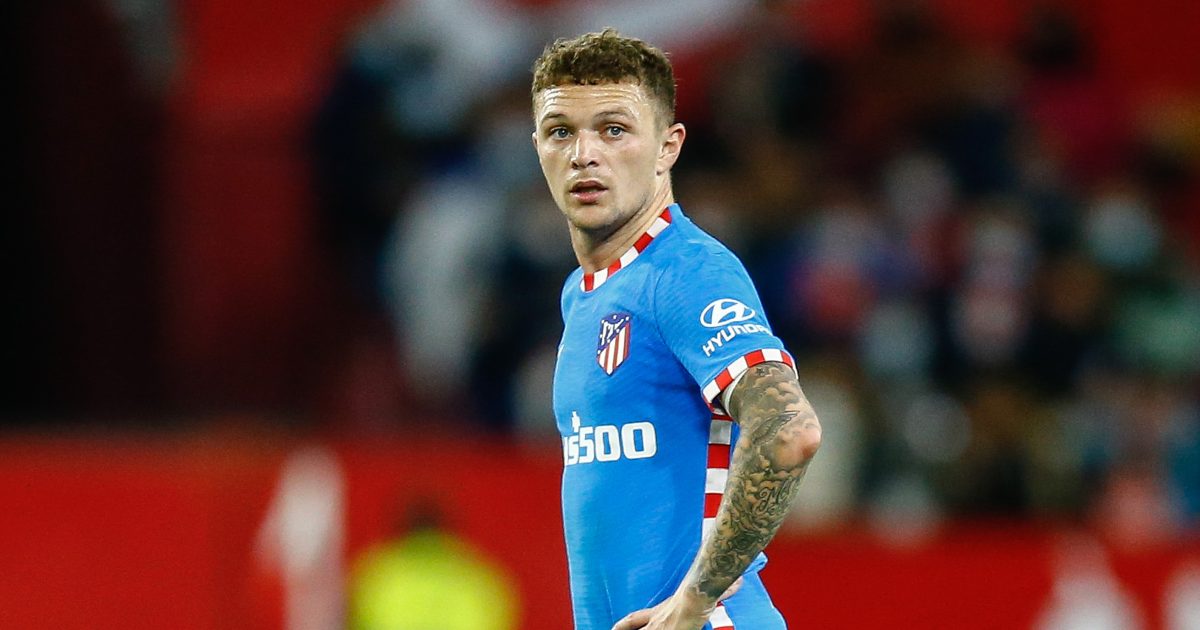 Diego Simeone is willing to let Newcastle United target Kieran Trippier leave in January and Atletico Madrid have set their asking price for him, according to reports.

The Magpies have been heavily linked with Trippier in recent weeks. He has targeted by Manchester United during the summer but this move did not come to fruition.

The 31-year-old has been with Atletico Madrid since 2019 and he won the La Liga title with them last season.

Newcastle are expected to be in the market for new defenders in January. Before Sunday’s game against Man City, they had conceded 37 goals from their first 17 league games.

Earlier this week, Gabriel Agbonlahor suggested that Trippier would be a “great signing” for Newcastle:

“That would be a great signing. I’m sure they would be paying a big lump to get him there but if they can, 100 per cent.

“I’m sure Callum Wilson would love the service that Trippier can bring.

“That would be a great signing if they can get that done.”

The Daily Mail are reporting that Simeone is willing to let Trippier leave the club in January on two conditions.

One is that if Atletico Madrid receive an offer of £15m, with the other being that they find a replacement for Trippier before the close of the transfer window.

Wilshere’s opinion was not shared by Darren Bent, who is sceptical of Ramsey’s injury record.

He said: “Listen, I think he’s got great pedigree when he plays for Wales. As Jack said, he’s not played much football over the last few years.

“The last time he played 30 games in a season was back when he was at Arsenal in 2015/16, league appearances that is.”