Home Tottenham Hotspur Jordan: Levy will not ‘turn himself inside out’ to create ‘wonderful marriage’ 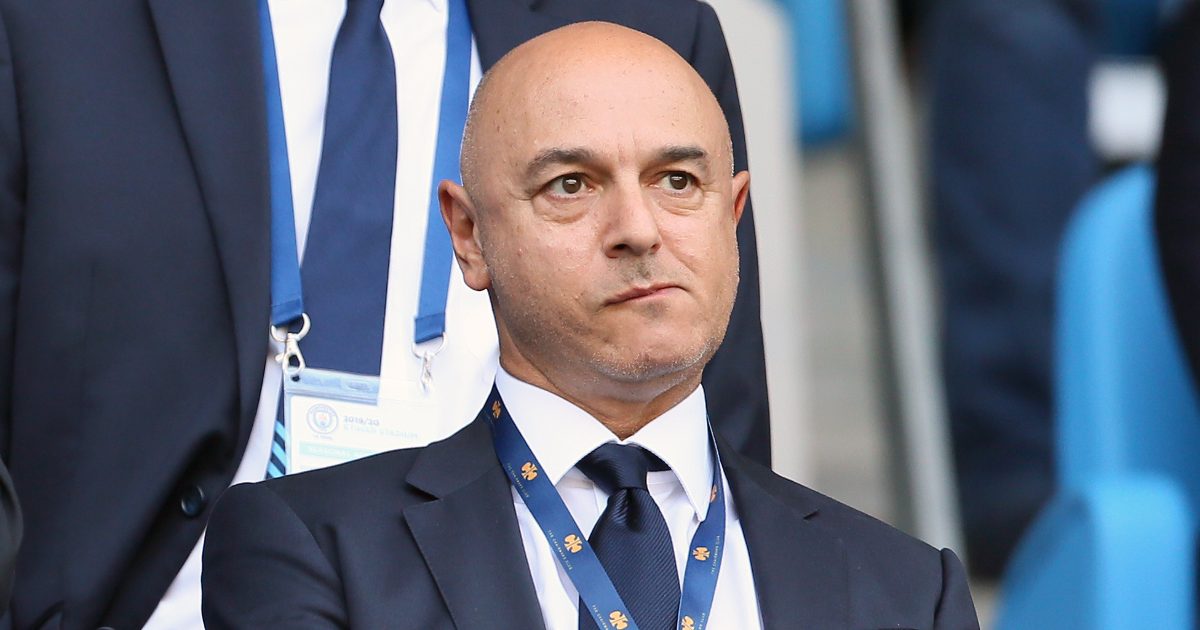 Simon Jordan has suggested that he cannot see Daniel Levy turning “himself inside out” to create a “wonderful marriage” with new Tottenham boss Antonio Conte.

Spurs were first linked with Conte during the summer. This came after he left Inter Milan in the aftermath of guiding them to the Serie A title.

The Londoners were unable to agree a deal for Conte as they eventually opted to appoint Nuno Espirito Santo.

The former Wolves boss had 17 games in charge before he was sacked on Monday. He left after his side’s 3-0 defeat to Manchester United over the weekend.

Spurs quickly turned their attention to Conte. They tempted him to join the club as his appointment was announced on Tuesday morning.

Jordan has told talkSPORT that he cannot see Conte and Spurs being a “wonderful marriage”:

“We’ve got a manager who’s going to go in at Tottenham Hotspur and change the direction of travel,” Jordan said.

“They’re gonna have a very different outlook than previous managers in situ.

“He is a packaged, fully-fledged, current champion of a particular league.

“He left because they wanted to sell Romelu Lukaku and couldn’t continue to support the regime that he wanted of the persistent evolvement at Inter Milan financially.

“If Daniel Levy is now going to turn himself inside out to give Antonio Conte what he wants and support him with huge resources, then we’re going to see a wonderful marriage.

“But in this instance I can’t see Daniel doing that, but they’ve got someone in the building that must satisfy the ambition of Tottenham fans.

“Do you believe honestly that Tottenham are going to turn into a team that overturns the current top four in the next 18 months with what they’ve currently got?.

“The model has been proven by Thomas Tuchel that you can be given an 18-month contract and turn it into a three-year deal.

“Are Tottenham suggesting he needs to prove himself? Or is Antonio Conte saying to Tottenham: ‘I’m not sure about you lot, so I’m going to give you 18 months of my time.’”