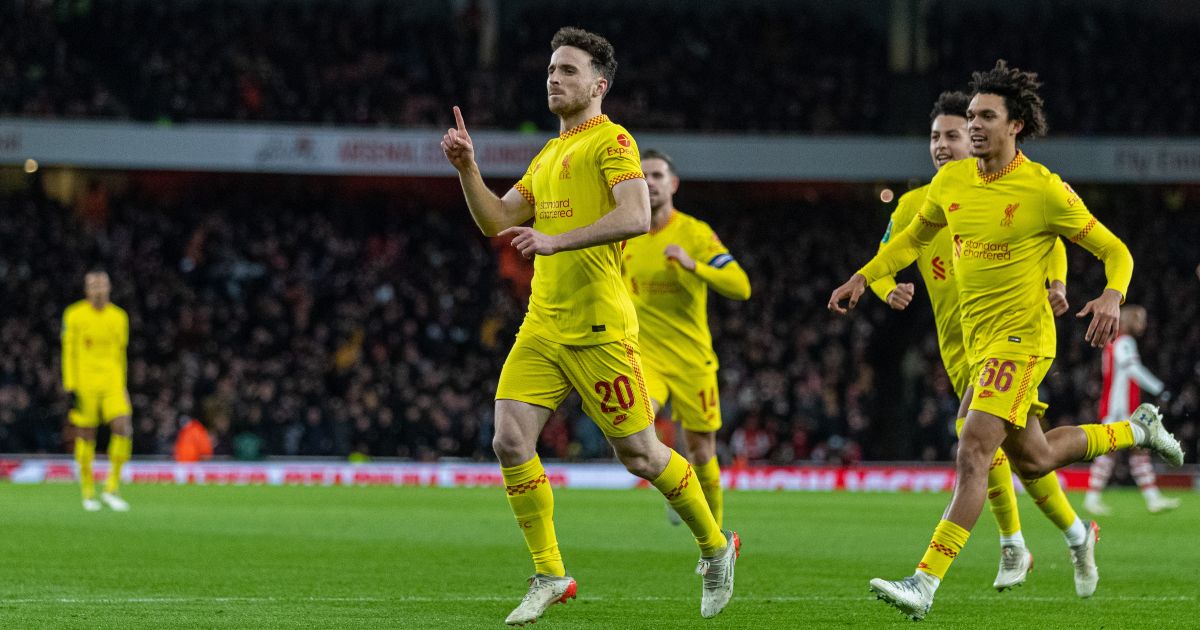 Liverpool striker Diogo Jota has been told that he is the “best centre-forward” in the Premier League by former England international Trevor Sinclair.

Jota scored both of the Reds’ goals as they beat Arsenal 2-0 on Thursday night in their Carabao Cup semi-final second leg at the Emirates Stadium.

That brace, which booked Liverpool’s place in the final at Wembley next month, means Jota has taken his total to for the season to 14 goals in 27 appearances.

With Sadio Mane and Mo Salah away on Africa Cup of Nations duty, Jota has been key for Liverpool and Sinclair reckons the Portugal international is now the best centre-forward in the Premier League.

“I think he’s the best,” Sinclair said on talkSPORT. “Kane’s not quite at it, Lukaku isn’t firing. I think Jota is the best centre-forward in the league.

“He’s unfortunate that he’s come into a Liverpool side where the front three have their positions set in stone.

“Since he left Wolves for Liverpool, he’s upped his game.”

On Jota’s attributes, Sinclair added: “I’ve seen Jota play for Portugal and he reminds me of a more forward-thinking Bernardo Silva.

“He’s got that tenacity and personality. He never backs down. He’s great in the air.

After a goalless Carabao Cup semi-final first leg at Anfield last week, Jota’s first-half daisy-cutter caught Aaron Ramsdale flat-footed and he then saw a second-half VAR check rule he was onside following a smart finish as Liverpool won 2-0 at the Emirates Stadium.

And Jurgen Klopp was delighted to see Jota steal the show in north London, he said: “We scored two wonderful goals, Diogo Jota was on fire.

“We were completely convinced when he arrived at the club he would help us massively. Since he is here he has made another step, he has turned into a really world-class striker.

“Mentality mixed with quality is the reason we signed him.

“Of course he scored two goals, he is incredibly important to us, so it is that mix of his skills that is really exciting. He is in good shape as well and long may it continue.”