Home All The News How Sir Alex ‘bugged’ Solskjaer in Man Utd training: ‘Shut up you’ 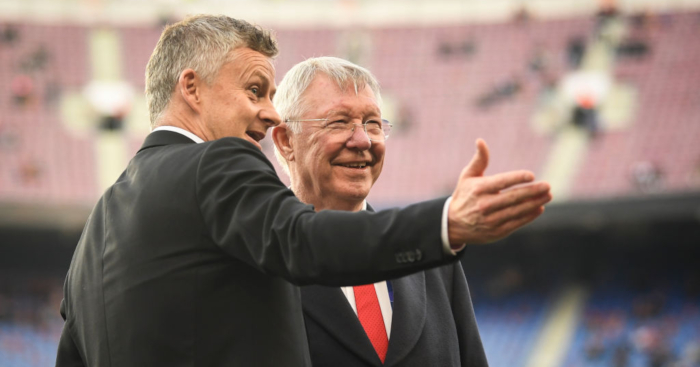 The Norwegian scord 91 Premier League goals under Ferguson at United, but he claims he didn’t always follow his manager’s advice in training.

“I think it was just in me. I was so keen and watching football, and I saw goals being scored,” Solskjaer said on the High Performance podcast.

FEATURE: Is Klopp one of last true heroes in the Blart Age?

“And I saw keepers making saves. And there’s an opening there. And if you hit it top corner or bottom corner, he’s got no chance.

“And I still believe that there’s no such thing as a good save, it’s just a bad finish.

“And yeah, but there’s so many times, Sir Alex, and it used to bug me big time in training, that he shouted, ‘Hit the target, make the goalkeeper make a mistake’ when I missed the target.

“But as soon as that ball left my foot, I knew if it’s a good finish or a bad finish.

“And if it just hit the post and out, I knew that just a slight millimetre to the left or to the right on my boot would make that ball go in.

“So quietly in my mind, I said, ‘shut up you, I know what I’m doing’. And that that would go in on Saturday.”