Luke Chadwick was targeted by opposition fans and even a BBC panel show over his looks. Fergie 'had no idea'. 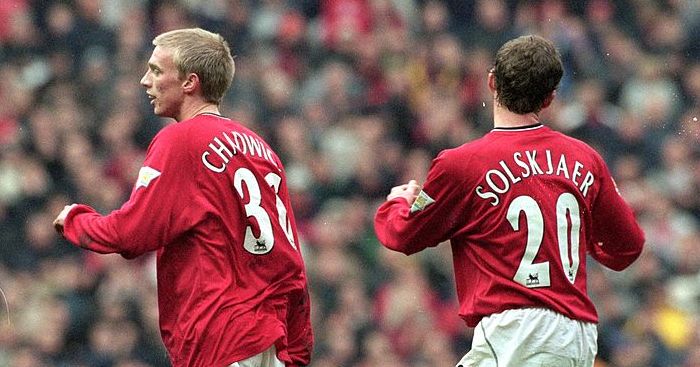 Former Man United striker Luke Chadwick has opened up on the abuse he suffered as a player over his appearance.

Chadwick broke into the Man United first team in 1999, making his debut for the Treble winners before making 16 Premier League appearances in the 2000/01 season – enough to earn a title medal.

He left permanently in 2004 after a spate of loan deals, with the 39-year-old now working as a coach for Cambridge’s academy.

Chadwick was taunted over his appearance from a young age, an issue he attributes to a childhood fear of dentists, not having braces when he was younger and then having to undergo corrective surgery to move his jaw forward.

That led to him becoming a target of ridicule for opposition fans and even Friday evening BBC show ‘They Think It’s All Over’, which Chadwick says left him so “anxious” he often refused to leave his own flat.

“I was always so anxious about going out,” he told The Athletic. “Even if people didn’t say anything to me, I was worried they were thinking that about me or that someone might say something. All I would really do was go training, then come home and stay in my flat. And if anyone asked me if I was all right, it was always, ‘Yeah yeah, I’m fine, it’s just what I want to do’.

“I wouldn’t say it affected me on the pitch or that it was the reason why I didn’t have an incredible career at Man United. It was more how it affected me off the pitch. I would be anxious going out. Even going to the Trafford Centre, it was always in the back of my mind that someone might say something negative to me or that people would be looking at me a certain way.

“Everything was about my appearance and the way I looked off the pitch. I just found it really hard to deal with. I was a really quiet, shy boy. I didn’t speak much anyway and it really stunted my growth as a person.”

Chadwick: Keane ‘would make your life a living hell’

The article adds that Sir Alex Ferguson ‘had no idea that his player was so troubled,’ while the abuse he was subjected to by the They Think It’s All Over panel was the most difficult.

“They Think It’s All Over was such a hugely popular show back then,” Chadwick said. “When they started bringing it up, they were bringing me to the attention of millions of people.

“I remember the first time and someone texting me to say, ‘Nice appearance on They Think It’s All Over‘. I was so shocked because I was quite naive back then, even if I was playing occasionally for Man United.

As a young footballer the abuse I received about my appearance affected my mental health a lot.The feeling of embarrassment stopped me talking about how I felt.

Although uncomfortable at times,it's so important we talk about our feelings to get through the tough times! ❤️ pic.twitter.com/gNhQRoQG4u

“I looked at that text and I thought, ‘Oh no, what’s this?’. Then more people started talking about it. I watched it the next week and I could see people laughing at these jokes about me. It was obviously funny to other people but, to me, it didn’t feel like that. It was on every Friday and then the next day, when the game was on, it was fresh in people’s minds.

“After that, I would dread every Friday. I wasn’t a hugely confident guy anyway and this just made it worse. I used to half-watch it, hoping and praying that they would stop. But they never did. It just carried on and on. Because it was silly and childish, if it had happened once, I don’t think it would have been that much of a problem. It was the continuation every single week that really got to me. They would bring me up every week.

“I have always asked myself whether I should have tried to speak to them about it. As a 19 or 20-year-old boy, would it have been possible to speak to someone at the BBC and stop them talking about me? Or would they have carried on anyway? You’d like to think it would have stopped. But I don’t know. At the time, it was just accepted.”