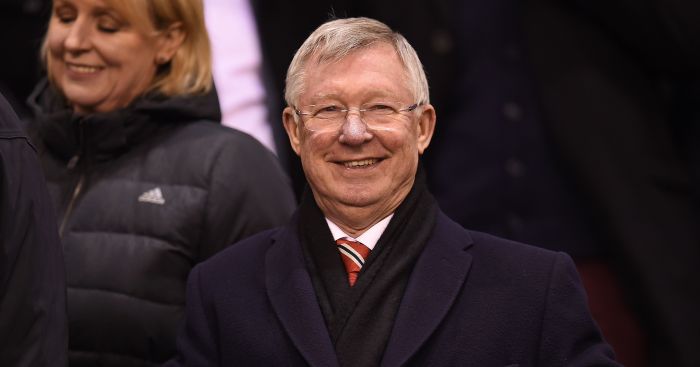 Sir Alex Ferguson wishes some of the facilities at Fleetwood’s new £8million training centre had been installed at Manchester United’s Carrington base after opening the League One club’s new complex on Wednesday.

The 74-year-old cut the ribbon at Poolfoot Farm for a team that was only formed in its current incarnation in 1997, the year when Ferguson delivered a fourth top-flight title at Old Trafford.

However, backed by ambitious local chairman Andy Pilley, Fleetwood rose through the ranks with six promotions in 10 seasons and are now aiming to establish themselves in the third tier of English football.

Former United boss Ferguson was present to see the opening of their latest development on the Fylde Coast, which includes a bar, restaurant, and gym, and it was the Cod Army’s fitness facilities, which overlook some of the 12 grass pitches, that he conceded being envious about.

“One part I wish I’d done at United was that the gym is one floor up and you can see into the training ground,” he noted.

“Three years after we’d built Carrington I went over to Barcelona and realised we’d made a mistake. Our gym at Carrington is enclosed. Looking out at the training ground makes the players hungry to get out there. So when a player is coming back from injury he can see the pitches it’s an incentive to get out there.

“So there are things I wish I’d thought about when Carrington was built that I see here.”

Ferguson was given a tour by Pilley and Fleetwood’s executives while locals played on some of the 4G pitches which are open to the community.

Having previously been housed at Fylde Rugby Club, Ferguson was taken aback by the Cod Army’s new training base.

“When the club developed and got bigger their old training ground was just too small,” he explained.

“I’m surprised at this facility. I honestly didn’t realise the extent of it. I thought I was coming to open a small academy suited to a small club. But you see the magnitude of it and you realise the ambition here. That’s fantastic.

“I always admire people with gumption and a bit of foresight to plan to improve your situation. What I’ve seen here is exactly that. It creates a captive audience. You see these old coffin-dodgers playing away and it’s fantastic to see that!”

Fleetwood had taken inspiration for Poolfoot Farm from visiting other European clubs and will take Ferguson’s thoughts into account when plotting further redevelopments of the site.

“He was genuinely wowed,” Pilley added.

“He said he knew the facility would be very good – he knows we like to do things properly. But he said he did not expect a facility of this standard. He was genuinely taken aback by the facilities we’ve got.

“He offered us some very good advice, some of that we’ll take in and we’ll look to take it into the complex as we further develop it.”