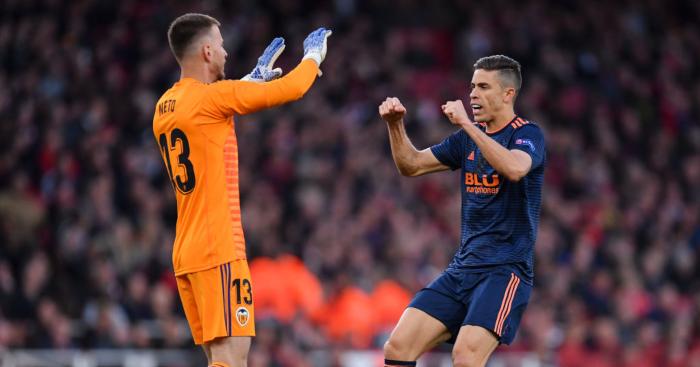 Manchester United were interested in former Arsenal defender Gabriel Paulista in the winter transfer window, according to reports.

Gabriel joined Arsenal from Villarreal in January 2015 but never established himself as a first-choice option, before heading to Valencia in the summer of 2017.

The 28-year-old, who scored once in 64 appearances for the Gunners, has proven himself at Valencia where he has become a key component of their team.

The Brazilian made 46 appearances in all competitions last term as Valencia finished fourth in La Liga, while also competing in the Champions League and Europa League.

And Plaza Deportiva (via Sport Witness) say that Jose Mourinho led United‘s interest before his sacking in December.

Weirdly, the report claims their interest was during the winter transfer market, which opened after Mourinho’s sacking.

Plaza Deportiva add that Valencia want to reward Gabriel for his performances, while the club also acknowledge that he showed loyalty by resisting United’s ‘siren songs’.

With Valencia looking to bring in money quickly this summer, Atletico Madrid are the latest team to be linked with a €15million bid – which has apparently been rejected – as Gabriel decides his future.