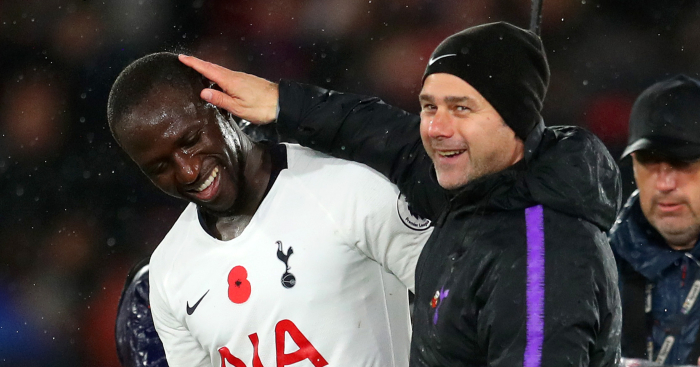 Spurs star Moussa Sissoko has hailed the influence of former boss Mauricio Pochettino, but insists the side has a bright future under Jose Mourinho.

Pochettino was dismissed in November – months after guiding Spurs to the Champions League final – after a poor run of results saw the club struggling in the bottom half of the Premier League table.

Daniel Levy drafted in Mourinho, who had been out of work having been sacked by Manchester United in December 2018.

Spurs were winless in six matches before the season was called to a temporary halt due to the coronavirus pandemic, and crashed out of both the FA Cup and Champions League.

But Sissoko is convinced that Mourinho can deliver long-term success in north London.

“We aren’t going to spit on what Pochettino did, he brought the club to a new level, but now our future is José Mourinho.

“We have objectives, fourth place is still doable. We’re going to do everything.”

Sissoko has not played for Spurs since December, having only recently recovered from surgery on a knee ligament injury.

Kane and Bergwijn are both also approaching full fitness and Sissoko is confident that Tottenham will be in great shape to finish the season strongly.

“At one point, we had a lot of games, injuries, important players missing,” the 30-year-old added.

“The team was put in difficulty, we had bad results, we’re aware of that.

“If we have the chance to start the league again, everyone will be fit. We’ll be at full strength.”