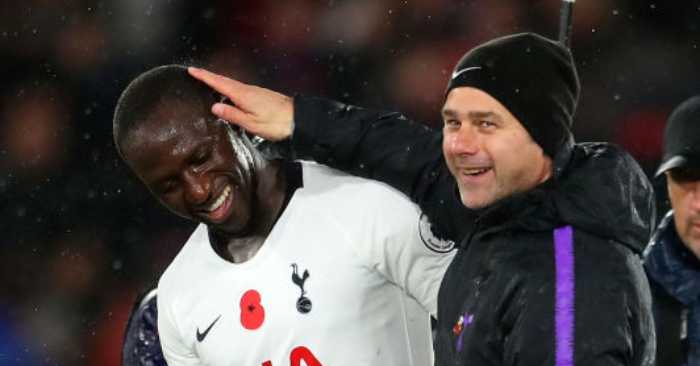 Moussa Sissoko has questioned Mauricio Pochettino’s tactics after Tottenham’s 7-2 thrashing by Bayern Munich, claiming the players get “tired too quickly”.

Spurs played a 4-4-2 on Tuesday, with Sissoko and Tanguy Ndombele rotating between the left and right sides of a diamond in midfield.

Spurs started the game the better side but appeared to fade even before half-time.

“We get tired too quickly physically when we play with a diamond midfield,” Sissoko told RMC.

Spurs capitulated at the end of the game and Sissoko added: “We gave up too quickly.”

Toby Alderweireld, one of three senior players in the final year of his contract, who was linked with a move away in the summer, has backed his teammates to recover from this poor run of form.

“Everybody cares, and we’ve been in difficult situations before and every time we come out, and this is very difficult, but like I said, we will come out of it.

“It’s important to know what is the reality and how everybody’s committed to the club – and it’s a shame sometimes people don’t see how much effort we as players put in this club.

“We are having our commitment questioned. But it is nothing to do with this. You know, nothing, nothing.

“I think sometimes it’s a shame that nobody can see the work ethic everybody brings to this club. Everybody’s hungry and wants to work hard.”