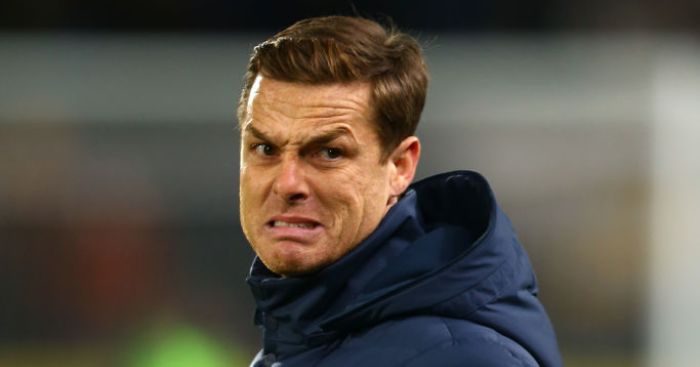 After six EFL managers defying expectations this season comes another half-dozen who are falling short of their objectives. Oh, Scott. E…

Lee Johnson (Bristol City)
He may be one of the longest-serving managers in the EFL, having started his Ashton Gate stewardship in 2016, but another season of missed opportunities and marginal losses means this could be another wasted year in the Robins’ pursuit of a first top-flight campaign in 40 years.

Johnson’s underperformance comes not in the transfer market, nor in knowing how to win games. It comes in that this season, like so many previously, an inherent lack of consistency could cost the Avon side their coveted Premier League place.

Now in a season when the Championship is littered with average sides and the mantra that ‘anything could happen’ is a negative, rather than take the initiative, City have crumbled under another wave of inconsistency.

In this less than stellar second-tier season, just two batches of back-to-back wins will not secure a play-off place. Given the potential of this side, that is unforgivable.

Paul Cook (Wigan Athletic)
For almost a decade, Wigan Athletic were a solid Premier League side whose slide into constant relegation battles towards the end of their top-flight stay proved the Latics could not sustain top-tier status.

That they have tasted two further relegations followed by immediate returns to the Championship since 2013 is damming: the Lancashire outfit cannot establish their status in any division.

The fact that Wigan look destined for a third relegation from the second tier in half a decade shows that Liverpudlian Paul Cook has been unable to improve Wigan past what they were upon his 2017 arrival: too good for League One, not good enough for the Championship.

For a man whose gruff voice and appearance belie his previous successes prior to taking his place in the DW Stadium hotseat, to have a campaign where their top scorer with five goals is centre back Chey Dunkley and for no striker to have more than two to their tally spells out relegation. It could have been so much better.

On paper, Fulham’s is by far the strongest starting XI, particularly beyond the defensive line. An attack consisting of players many a Premier League club could do worse than sign is performing at a relatively average level, hitting 41 goals in 27 games.

By comparison, 15th-placed near-neighbours QPR have netted 46 times in the same amount of matches. Being fourth and seven points shy of the automatic places is not to be sniffed at, but Parker’s promising stint in charge at the end of last season has failed to continue in the permanent role.

While Parker’s playing career was largely premised on his world-class ability to read the game, Fulham’s lack of Plan B has seen the Cottagers come unstuck on multiple occasions this season. Much like Darren Moore at West Brom last campaign, a play-off semi-final defeat may not be enough to see Parker receive a second bite at the promotion cherry.

Pep Clotet (Birmingham City)
The first – and only – foreign manager to make it onto this list may well be in his last spell as a number one, having failed to build on initial promise when taking over from former chief and friend Garry Monk at St Andrew’s.

The Spaniard has flitted between managerial and assistant posts since 2001, but it is in the latter where he has tasted the most success. Getting the top job in the second city originally did not come with the weight of much expectation, but a decent start against a perennially difficult backdrop at the Blues had fans believing there was much more to come from their former number two.

Heavy defeats to Swansea and Nottingham Forest tempered expectations further, but wins at Brentford and at home to Barnsley, Stoke City and Middlesbrough suggested a brighter future than six-game winless runs and threats of relegation battles, especially with a potential points deduction on the horizon.

Should Birmingham fall closer to the drop, a better manager than Clotet would be required.

Kenny Jackett (Portsmouth)
A League One promotion specialist in charge of one of the deepest, best-funded and most well-supported clubs the third tier has ever seen? What could go wrong? Plenty, as it turns out.

Portsmouth’s promotion-chasing season in 2018/19 went pear shaped around the New Year, while this season has been a near-continual hangover from that eventual disappointment.

Only performing to the polar opposite of this time in 2019, will Jackett be able to avoid getting his coat on the way out of the Fratton Park door?

His is a squad balanced finely from back to front, with one of League One’s most dangerous marksmen in John Marquis, two of its finest and most tenacious wingers in Marcus Harness and Ronan Curtis, and a great defensive unit.

But like so many others on this list, finding consistency has proven a problem for the south coast outfit in their attempts to go north through the divisions. Jackett may well pay the price if that doesn’t change in the near future.

Ryan Lowe (Plymouth Argyle)
Level on points with the team in the automatic promotion places? Check. In the midst of their greatest run of form in two years? Check. The most controversial entry on this list? Double check. And yet, Lowe’s inclusion here is perhaps the most obvious.

By no means is Lowe and his band of Bury men doing a bad job at Home Park; they are in fact looking set for a great run at an immediate return to League One. Goal difference alone is all that keeps the Pilgrims from an automatic promotion place instead of the Michael Duff-inspired Cheltenham Town, but for a manager and squad who were promoted with a club no longer in existence, greater things were expected at a much better run side.

Pre-season predictions of romping home to the League Two title at a canter have been made to look premature and foolish. Cruelly for Lowe, only the highest high of first place would represent meeting expectations this time around.