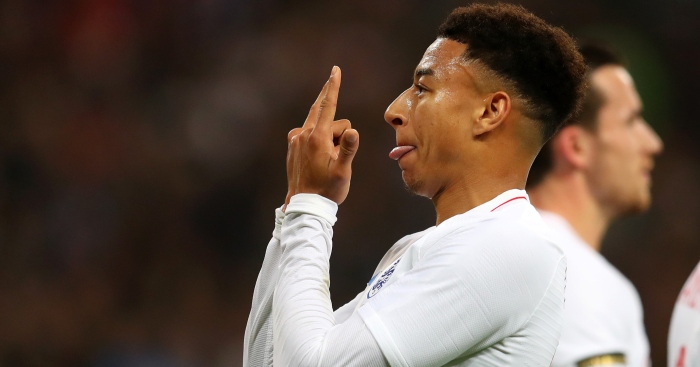 As the New Year rolls in (it’s been a long hangover), it’s time for resolutions for Gareth Southgate ahead of this summer’s European Championships.

We say goodbye to 2019, which saw England lose another semi-final, albeit in the altogether pointless UEFA Nations League, win another game on penalties, unfortunately also in the Nations League, and qualify comfortably for the Euros.

Jesse Lingard
Lingard has traditionally been one of Southgate’s favourites, but 2019 saw him finally break the habit. It merits repetition that the last time Lingard scored a Premier League goal was December 2018. This season he only has one goal and one assist with the goal coming against Astana and the assist against Rochdale, two footballing giants.

In fact if you take out December 2018, the last time Lingard made a goal contribution was April 2018. To put that into context, Juninho Bacuna – who is Leandro Bacuna’s lesser-known brother – has scored a Premier League goal more recently than Lingard. In fact, Sol Bamba and Jan Bednarek made more goal contributions than Jesse Lingard in 2019.

For a so-called ‘creative midfielder’, that surely isn’t enough to be picked for your club team, let alone your national team. Lingard is struggling to get into a Manchester United team that is languishing 27 points behind leaders Liverpool and sits below Sheffield United in the table. Leave him to his shop, Gareth.

Michael Keane
Michael Keane has made ten appearances for England, which personally I think is ten too many, and his performance in the 2-1 loss against Czech Republic surely means that he will not reach 11. In arguably England’s worst outing of 2019, Keane was almost definitely the worst performer, displaying the kind of man-marking skills that would make you think the Czech team had a restraining order against him.

There is some hope for Keane – Carlo Ancelotti could yet turn him into a defender – but for now, we are more than happy to report that Joe Gomez is playing regularly and excellently for Liverpool so there is absolutely no need for Southgate to bother the blue half of Merseyside.

Eric Dier
Dier was one of the harder additions to the list. Mostly because he scored two of the most memorable goals in England’s recent history. He claimed the winner in England’s 3-2 comeback win over Germany in Berlin but more importantly he scored the winning penalty to beat Colombia in England’s first ever World Cup penalty shoot-out win. I’m not sure there was more beer thrown in celebration at any other point in any World Cup.

But despite the fond memories that Eric has provided, his best days appear to be behind him as England’s holding midfielder. He barely featured at the World Cup aside from ‘that penalty’, with Southgate favouring Jordan Henderson in the holding midfield role, and has not been called up at all since the UEFA Nations League.

When even Jose Mourinho prefers Harry Winks in central midfield, you know you have lost your way.

Callum Wilson
Callum Wilson should be roundly praised for his part in the rise of Eddie Howe’s Bournemouth, but he is patently not an international player. He’s featured four times for the Three Lions, scoring on his debut in a friendly against the USA – but that isn’t much of an achievement considering it was the first US men’s team to not qualify for a World Cup since Mexico 1986, losing out to Panama (who England pummelled 6-1 in Russia).

Not only has Callum Wilson failed to really impress in an England shirt, but he has also struggled for Bournemouth this season; his last league goal for the Cherries came at the end of September against fellow strugglers West Ham. He is a streaky striker and the gaps between streaks are getting longer.

We like Wilson but right now he is behind Harry Kane (when fit), Marcus Rashford, Tammy Abraham, Danny Ings and possibly even Dominic Calvert-Lewin in the England pecking order.

Kyle Walker
Probably the most controversial inclusion on this list, Walker’s days in the England squad look to be over. That is partially due to the fact that England have possibly the best depth at right-back of any nation in the world – that long, impressive list includes Kieran Trippier, Trent Alexander-Arnold, Aaron Wan-Bissaka, Reece James and Walker himself.

Southgate is clearly very fond of Trippier and he has certainly looked rejuvenated since his move to Atletico Madrid, whilst Alexander-Arnold is establishing himself as the best attacking right-back in the world and Wan-Bissaka is a contender to be Manchester United’s player of the season. Walker can only look on with envy.

The 48-cap man has not been included in the England squad since the Nations League finals and at times this season he has shown signs that his ability may be declining as fast his hair. Guardiola seems to have already signed his replacement in Joao Cancelo and with Walker turning 30 in May, age isn’t exactly on his side.

Fabian Delph
This particular Yorkshireman has already turned 30 and similarly to Eric Dier, the emergence of Declan Rice at West Ham will surely mean he is overlooked for a place in the England squad in 2020. Delph is solid but unremarkable and Southgate will surely want to look at more creative players like Alex Oxlade-Chamberlain, Ruben Loftus-Cheek, Mason Mount, Winks and Grealish to play in his midfield in the summer.

Including Delph in any future squads would seem a little safe and a sideways step away from the potential of this young England team. Twenty caps is probably enough for Delph as England look to continue the transition of some of the older players out of the squad.

Obviously all this is bollocks because we absolutely know that Southgate cannot wean himself off Delph.