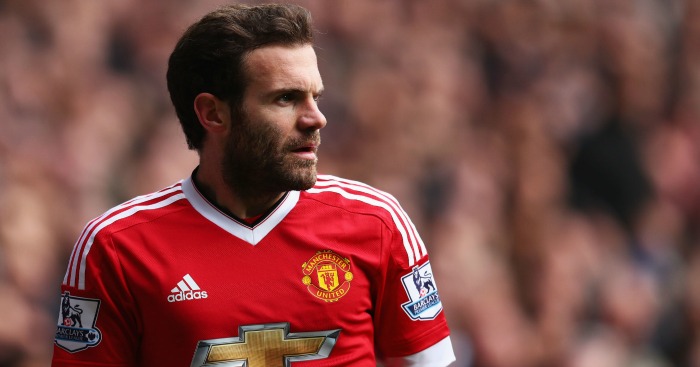 Daniel Sturridge
There are few better strikers in the Premier League than Daniel Sturridge. Since joining Liverpool, the England international has scored 51 goals in 88 games. Injuries have disrupted the forward this season, and yet only Philippe Coutinho (12) has scored more goals in all competitions. The 26-year-old has scored 11 times, but has played 17 fewer games than his Brazilian teammate.

Some things are simply not meant to be. Sturridge has endured a mixed relationship with Jurgen Klopp since the German became manager in October. The boss insisted that Sturridge “must learn what is serious pain and what is only pain” back in November. He called for the forward to be “more robust” just two days earlier. In December, Klopp signalled his intention to make Sturridge “more resistant”. January brought reports that the manager was ‘losing patience’ with his injury-prone forward. Neil Ashton of The Sun claimed in March that the two had ‘a strained alliance’, with the 26-year-old considering leaving Anfield. The two have a love-hate relationship: Klopp loves it when Sturridge scores, Sturridge hates it when Klopp does not play him.

It is difficult to see a conclusion which does not involve Sturridge leaving Anfield. He is immensely talented, but now stands alone as an individual within Klopp’s team. The German has favoured Divock Origi in crucial games against Borussia Dortmund, gave the nod to Roberto Firmino on Thursday against Villarreal, and even used Christian Benteke ahead of his primary goalscorer in that Europa League semi-final. We are headed towards a conscious uncoupling.

Juan Mata
“I have said already, in my first year many times, we need speed and creativity on the wings,” said Manchester United manager Louis van Gaal in November. He’s looking at you, Juan.

Juan Mata is lovely. He has a fine beard, can only ever be described as a ‘diminutive Spaniard’, and he writes a damn fine blog. But he is not blessed with the pace his manager craves. Mata’s once-famed creativity has even betrayed him this season. The 28-year-old has scored two goals and provided one assist in his last 27 Premier League games. That is a really, really horrible record, particularly for a footballer once signed for £37.1million.

Mata is the handsome outlier of those who have played on the wing for United this season. Anthony Martial has been a pacy, creative revelation when used on the left. Memphis Depay has struggled, but the 22-year-old has shown enough of the two assets Van Gaal desires to be offered another chance next year. Jesse Lingard is limited, but the 23-year-old has five goals and four assists to his name, and offers a versatility which Mata simply cannot. And if the diminutive Spaniard finds it difficult to establish himself now, things promise to be ever more difficult if Jose Mourinho is finally appointed at Old Trafford.

John Stones
Last summer, Everton rejected an offer of around £40million from Chelsea for John Stones. Jose Mourinho, a manager who has won domestic leagues in numerous countries and European titles at a number of different clubs, sought to sign the defender. Stones was wanted by the Premier League champions. Interest from Manchester City and Manchester United has also been mooted, while Barcelona have been credited with watching from afar with a keen eye. Twelve short months later, Stones will still be in demand from Europe’s top clubs but more on reputation than form.

The natural successor to Bobby Moore and Rio Ferdinand, Stones is the latest representative of that most cherished commodity: the ball-playing centre-half. Under the tutelage of Roberto Martinez, only one of those facets have been addressed. The 21-year-old remains confident in possession – perhaps too confident at times – but his penchant for a mistake has halted his progress; first and foremost, a defender must defend. Under Martinez – a manager who has openly admitted he hardly treasures clean sheets – that becomes the impossible dream.

Wilfried Bony
Wasn’t 2014 a weird year? Liverpool nearly won the Premier League before they did not let it slip, and then started Fabio Borini in a Champions League group stage game at the Bernabeu. Leicester ended the calendar year bottom of England’s top flight; Chelsea were top. Harry Kane had just started to be a thing. And Wilfried Bony scored more Premier League goals than any other player in the whole of the calendar year.

The Ivorian’s reward was a move from Swansea to Manchester City. After 34 goals in 80 games in Wales, Bony was perceived as the title-decider for City, who agreed to pay up to £28million for his services. Manuel Pellegrini’s side were three points behind Chelsea in the league at that stage.

It has not quite worked out for the 27-year-old. Bony has struggled for fitness and form at the Etihad, scoring just ten goals in nearly 18 months. This season, he has struck four league goals in 1,123 minutes; Kelechi Iheanacho, eights years Bony’s junior, has scored five goals in 520 minutes. The big fish in a small pond at Swansea has become invisible when surrounded by the sharks at City. One assumes Pep will not fight to keep him.

“Nathan has been heavily involved with the U21s and he will want to be involved with the seniors, but at the end of the day that is Roy Hodgson’s decision. Nathan is one of England’s top young talents and I think I have seen big changes in his game.”

Speaking in November, Alex Neil was not reserved in his praise for Norwich winger Nathan Redmond. The 22-year-old had scored in both the semi-final and final of the Championship play-offs, helping the Canaries return to the Premier League. Would he have warranted an England call-up ahead of Jesse Lingard in November were it not for an injury? The winger started 13 of the club’s first 19 games back in the top flight, featuring for 1,277 minutes. In 2016, Redmond has started seven of 15 league games, playing 708 minutes. Seven Norwich players have started more league games, yet none have scored more goals in their quest for survival. If Norwich do indeed suffer relegation, Redmond would likely find a more suitable home in the top flight.

The tenth man in that list has almost become the forgotten man. Signed by Tottenham for a reported fee of £22million, Son Heung-min was expected to be the attacking player Mauricio Pochettino craved. After scoring 29 goals in 87 games at Bayer Leverkusen, it was thought that the South Korean international could help carry the goalscoring burden shouldered by Harry Kane. Son’s versatility meant he could play as an auxiliary forward when needed, or alternatively as one of the three behind the lone striker.

The 23-year-old has started only ten Premier League games this season, the same as Nacer Chadli. He has scored two goals, fewer than the Belgian, Eric Dier and Toby Alderweireld. Son has quickly discovered that playing the role of back-up in numerous positions is a difficult task. Erik Lamela has started more league games on the right wing, while Dele Alli and Christian Eriksen have played more often behind the striker. And as for Kane? He’s made of tungsten.