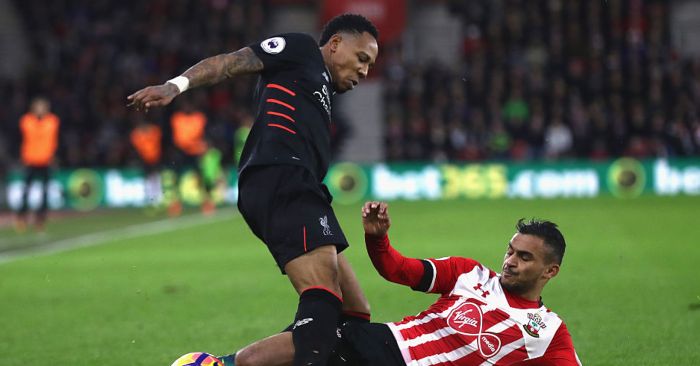 Scott Hogan
“He has got that hunger in his belly. He’ll give us something that’s been lacking,” said Steve Bruce in January 2017, suggesting that Aston Villa had been shorn of a £12m Championship-standard millstone for far too long. Fourteen goals in 24 games for Brentford in the first half of that season earned Hogan the biggest move of his career; ten in 61 since has seen it turn a little sour.

Matters have become so desperate for the forward that he has not featured for Villa since December of last year, joining Sheffield United on loan in the winter. The 27-year-old therefore played at least a minor part in two Championship promotions in 2018/19, yet seems unlikely to reap the rewards of either. The winning goal in a 1-0 victory over Shrewsbury earlier this month served as a reminder of his talents, not that Dean Smith is going to take too much notice when Wesley snipes from range.

Kenedy
Since Chelsea made conscription to their loan army optional rather than compulsory, their transfer ban has been effectively managed by welcoming seemingly new players into the squad without any of the added expenditure. Only Richard Nartey, Charly Musonda, Luke McCormick, Ethan Ampadu, Jake Clarke-Salter, Lewis Baker and Matt Miazga have been assigned temporary homes by Frank Lampard this summer, with Cobham needing to order a few new lockers to accommodate the influx.

Many of those returning are expected to feature heavily. Reece James, Mason Mount, Kurt Zouma and Tammy Abraham have first-team roles earmarked for them, while Tiemoue Bakayoko and Michy Batshuayi will be given a chance to stake their claims. So too will Kenedy, although the 23-year-old is fighting a losing battle. Loan spells at Watford and Newcastle established the Brazilian as a decent Premier League option, but a Champions League club – even one restricted in terms of signings – must be aiming higher. Still, a goal in the recent 4-3 win over Reading can’t hurt.

There IS definitely a player in Kenedy

When he's not up to it, he doesn't run, lose first touch, poor choices

When he's up to it and when he caught Mourinho's eye:

He can run an awful lot for an attacker: long/short distances, powerful shot, can retain under pressure
Versatile pic.twitter.com/WuzM1Iy3Ep

Nathaniel Clyne
Jurgen Klopp was undeniably “gutted” for Nathaniel Clyne as both a player and a person, but he might also be gutted for his club; Liverpool lost either full-back cover or a potential eight-figure sum as a result of the injury he sustained against Borussia Dortmund.

Just eight days prior, the erstwhile England international had kickstarted a faintly disastrous pre-season for the European champions. His opener in the 6-0 win over Tranmere betrayed the three defeats, 11 goals conceded and zero clean sheets Liverpool have recorded in six games this summer. Now that’s a deClyne.

Rotten luck for Nathaniel Clyne, who is facing at least six months out after rupturing his ACL against Dortmund in Indiana last week.

Into the last year of his contract, the timing could hardly be worse.#LFC

Dennis Srbeny
A Championship title adorns his CV, but Dennis Srbeny knows the truth. The 25-year-old played 135 league minutes of a possible 4,140 in 2018/19, equating to approximately 3.26% of their Ian Abrahams-angering promotion season. It is almost impressive that such little game time was stretched over 15 matches, with his longest appearance in the second tier coming in at 23 minutes.

The January 2018 signing might consider himself a fortunate beneficiary of Norwich’s frugality. The Canaries have spent just over £1m this summer, with free agent Josip Drmic the only new striker. Srbeny’s goal in the 2-2 draw with Arminia Bielefeld on July 14 was a gentle nudge for Daniel Farke’s sake.

Unpopular opinion: Dennis Srbeny is a quality player. What little time he plays, he has little flashes of talent. If he had more game time, I think he'd impress. Not for a second suggesting he should start ahead of Pukki/Drmic, but I wouldn't be too worried if he had to #ncfc

Sofiane Boufal
A club-record signing under Claude Puel slowly became peripheral with Mauricio Pellegrino in charge, before disappearing completely at the hands of Mark Hughes. The solitary Premier League appearance Boufal was afforded by the Welshman in March 2018 remains his most recent foray in English football, with Celta Vigo nursing his wounded ego on loan this past season.

The winger was clearly eager to make a point. Boufal made the most successful dribbles (144) of any player across Europe’s top five leagues in 2018/19, scoring three goals and assisting four to help narrowly avoid La Liga relegation. Back on the south coast, an injection of Ralph Hasenhutll has rejuvenated the Moroccan, who rounded off the scoring in a 3-1 win over Feyenoord.

Carlos Sanchez
West Ham would have been forgiven for forgetting him. Carlos Sanchez joined alongside Lucas Perez in the most clearly signposted ill-fated moves in football history on summer deadline day last year, playing in five of their first six Premier League games as Manuel Pellegrini looked for the optimum midfield mixture. A serious knee injury promptly sidelined the Colombian until the final two games of the season, both of which he featured in as a substitute.

Even with that timely return, the 33-year-old feels like a conspicuous remnant of the club’s transfer mistakes: an ageing square peg in a round hole crying out for youth and exuberance. Not even a header in the 3-2 win over Altach can convince Manuel Pellegrini otherwise.