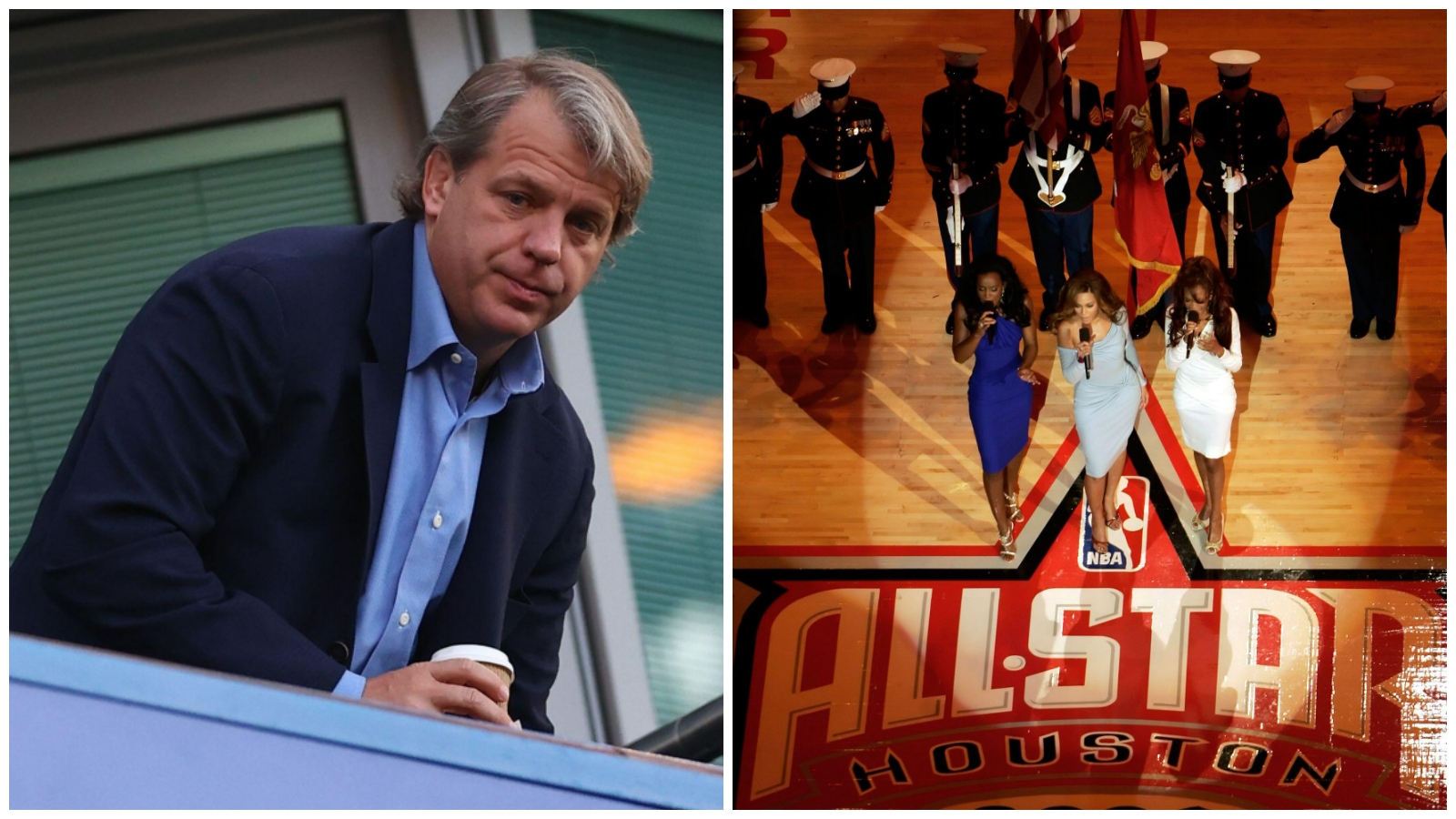 While some don’t agree with the idea, those of us who like American sports quietly think it would be pretty entertaining.

Why not Americanise the s**t out of the league by introducing an All-Star weekend or day? We give you six ideas that could give inspiration for an extravaganza involving the best talent in the Premier League…

Manager All-Star Game
Sometimes you will see a random question on Twitter asking which manager is the hardest, or which would win a Royal Rumble. Both are very important questions – and with Sean Dyche out of the league, tough ones to answer.

While a Royal Rumble would be fun (my money is on Jurgen Klopp, FWIW), the thought of all 20 Premier League managers lacing up to face off in an All-Star Game is absolutely spectacular.

Pep Guardiola, Steven Gerrard and Frank Lampard in midfield together against a southern team with Patrick Vieira and Mikel Arteta. Don’t pretend you don’t want to see that.

I bet Bruno Lage would be brilliant at the dark arts.

Fuck an all-star match, give us Goalie Warspic.twitter.com/wG0UTM9aWd

Last-man standing penalty shoot-out
There are plenty of ideas in the same boat as a penalty shoot-out, like a crossbar challenge or even a free-kick challenge, but a spot-kick competition would be entertaining in its own right.

The competition should have one player from each club representing their team, with that player being nominated by the fans. Waiting for a winner out of Harry Kane and Ivan Toney could take a while.

All Star participants in the United States are voted in, so if the footballers don’t come down to a voting system, the penalty takers should. I’d say that goalkeepers should be exempt from being voted for, because that is just bloody ridiculous. It’s important not to go too far here.

Squid Game/Hunger Games brought to life
What was that I was saying about not going too far?

Don’t worry, I’m only joking. Although seeing Darwin Nunez try to sabotage Joachim Andersen in Red Light, Green Light would be quite something.

Rising Stars Game
From a jokey idea to a serious one that comes straight from the NBA.

The biggest basketball league in the world has one of the best All-Star weekends, which includes a celebrity game. Imagine Piers Morgan representing Arsenal in a game with Liam Gallagher up top for the north. Wow.

Anyway, the NBA has a Rising Stars Game which features the best young players in the league, mostly consisting of rookies who are in their first year in the big league.

Erling Haaland would still qualify for the Rising Stars Game as he is only 22, but he should be banned for being too good.

Having said that, a lot of young English players play together with the national team, or one of the youth squads, anyway. So north v south is probably the way to go.

This way it would be the likes of Michael Olise, Bukayo Saka, Moises Caicedo and Dejan Kulusevksi teaming up to take on Phil Foden, Anthony Elanga, Jadon Sancho and Pedro Neto. Bring. It. On.

Race for a place
100m race. One player per club. Winner gets in the All-Star Game for their region. Simples.

So basically, Adama Traore, congratulations: you are an All Star.

Wayne Rooney Street Striker/Soccer AM Skill Skool renaissance
The NBA All-Star weekend has a skills challenge in which players complete a number of obstacles in a tournament format.

Something like this would be perfect but using some inspiration from the amazing programme Wayne Rooney Street Striker or perhaps the iconic Skill Skool on Soccer AM. We basically need to see some unbelievable tekkers.

As everything doesn’t have to be a competition when it’s one per club, it would be the most skilful players facing off against each other. Allan Saint-Maximin, Wilfried Zaha, Thiago, Luis Diaz, Daniel Podence, Kieffer Moore and Riyad Mahrez would all likely feature.

Take some challenges from Street Striker before the last two standing take on each other in a final where they need to show off their best keepy-up skills, in classic Skill Skool style.

Honestly, how can people be against an All-Star weekend involving Premier League players? What an incredible idea.