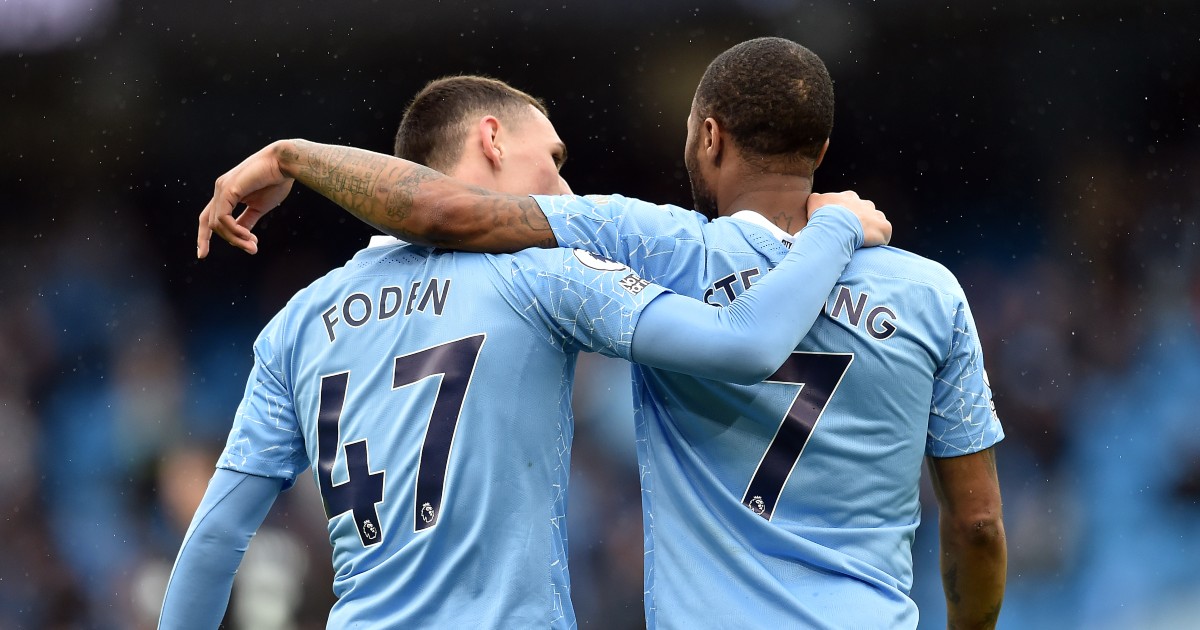 Kyle Walker, John Stones, Phil Foden and Raheem Sterling are the latest to lose a Champions League and international final in the same year.

Chelsea and Italy pair Jorginho and Emerson Palmieri made it 11 to win the Champions League and World Cup or European Championship in the same summer. Ten have now done the opposite by losing both within months of the other.

Thierry Henry (2006)
If such a thing as retrospective karma exists then Ireland fans must hold Thierry Henry’s final proper season with Arsenal in high regard. He stayed for their first campaign at the Emirates as the Gunners resisted a pair of world-record summer bids, but injuries thoroughly restricted him in 2006/07. Arsene Wenger attributed that to the forward’s exertions in the prior campaign, scoring 33 goals in 45 games as Arsenal reached the Champions League final. It seemed that European glory would finally come their and Henry’s way but his miss at 1-0 up proved crucial and Barcelona, despite trailing for almost four times as long as they led, were crowned champions. Even worse, France were never behind at all in the 2006 World Cup but succumbed on penalties to Italy, Henry having been removed in extra-time after starting.

Michael Ballack (2008)
Two separate summers were ruined for Michael Ballack, who retired with 14 trophies in his collection but could have had so many more. He was central to the Bayer Neverkusen side that famously lost the Champions League and DFB-Pokal finals in the same season that they squandered the Bundesliga’s top spot on the final day in 2002. His decisive goals in 1-0 wins against the United States and South Korea in the easiest route to a World Cup final ever a couple of months later, but suspension ruled Ballack out of the defeat to Brazil.

The midfielder had a chance to avenge that frustration when he started in the final against Spain at Euro 2008 but Fernando Torres ruined any plans of international success. Ballack had taken another straightforward path to the Champions League final with Chelsea 39 days earlier, even levelling in the shootout as Avram Grant’s first penalty taker. Then John Terry slipped and Nicolas Anelka faltered. Oh Ballack(s).

Mark van Bommel (2010)
“Everyone can see that he clearly affected the final,” said a critical Mark van Bommel, trying to gaslight 2010 World Cup final referee Mike Dean into thinking he might have favoured Spain in the same game in which Nigel De Jong was booked for testing the structural integrity of Xabi Alonso’s chest with his studs. The Dutch midfield duo was finally breached in extra-time by Andres Iniesta but whereas De Jong had spent that club season next to Gareth Barry, Van Bommel was Louis van Gaal’s captain at Bayern Munich. He reached his second career Champions League final that year, obviously getting booked as Diego Milito elongated Jose Mourinho’s career by another decade or so.

Arjen Robben (2010)
He scored against Fiorentina in the last 16, Manchester United in the quarter-finals and Lyon in the semi-finals but if Barcelona found it difficult to breach Inter Milan at the Nou Camp, Arjen Robben was always going to struggle even at his absolute best. The best goalscoring season of his career was rewarded with a Bundesliga title and DFB-Pokal glory but it was a similar story at international level. The winger missed the opening two Netherlands group games with a hamstring injury but got an assist or a goal in every other game. That run would have continued through the final, were it not for Iker Casillas trailing a right leg when Robben was put through on goal after an hour in Johannesburg. 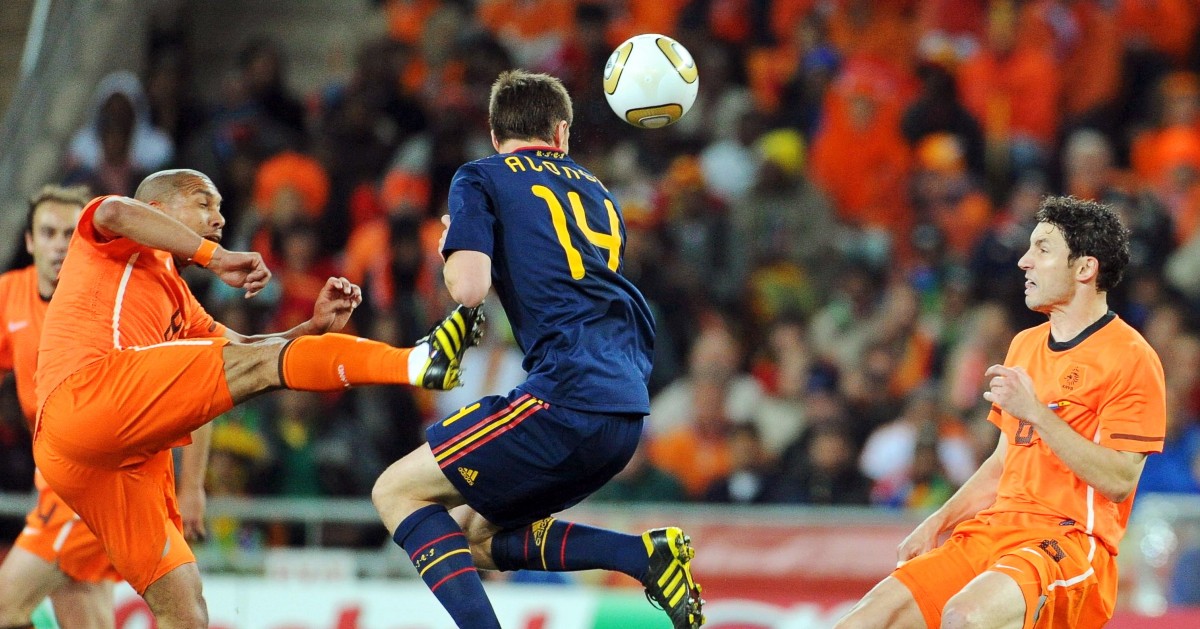 Antoine Griezmann (2016)
The sight of Pepe and Cristiano Ronaldo can be sickening at the best of times but Antoine Griezmann must have been reconsidering his career choices after encountering both for the second final in as months in 2016. The forward missed a penalty in normal time against Real Madrid but scored in the subsequent shootout, only for Juanfran to err from the spot. Then Euro 2016 favourites France were stunned by Portugal and Eder, with Griezmann’s Golden Boot and Best Player award providing scant consolation.

Dejan Lovren (2018)
Croatia were roughly tenth favourites to win the 2018 World Cup ahead of the tournament. Liverpool were roughly tenth favourites to win the Champions League ahead of the group stage. Both ventured to the final before collapsing in varying degrees of glorious blazes: losing 4-2 and 3-1 in consecutive finals does not reflect too well on the centre-halves involved. But it gave Lovren the necessary ammunition to insist that “people should recognise that I am also one of the best defenders in the world”. If he had been fit enough to play against England he would have stopped Sterling and spared us the inquests over the failures of a team that reached the actual Euro 2020 final.