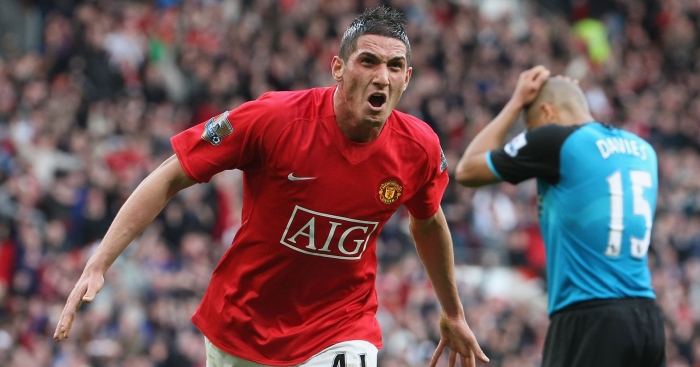 At the halfway stage of the 2015/16 season, eventual champions Leicester City had 39 points from 19 games, in line with what’s happening in this imperfect season. Some of the home straight charges below might be enough to clinch the 2020/21 Premier League title for one of the top six. Well, maybe not Blackburn’s…

Arsenal 2003/4
Played 19, won 13, drew 6, lost 0, final points 90, final position 1st
Arsenal fans starved of title credentials were in celebratory mood after Watford beat Liverpool way back in February 2020 to preserve their precious Invincibles record. At the halfway point of the 2003/4 season, the Gunners were actually a point behind Manchester United, who had won 15 and lost three of their opening 19 games. United went on to lose six games in the second half of the season, while the Gunners enjoyed a perfect symmetry of 13 wins and six draws in each half of the campaign.

Despite the minor irritation of losing a two-goal lead away to Tottenham on the home straight, their 90-point total was 11 points clear of Chelsea and a whopping 15 ahead of Fergie. Thierry Henry said the team never thought about going unbeaten. That’s the way to do it. Their brilliant form rolled into the next season with 25 points from the first 27, before United ended the 49-game unbeaten streak as things started to unravel. It remains their last Premier League title.

Liverpool 2013/14
Played 19, won 15, drew 3, lost 1, final points 84, final position 2nd
After suffering back-to-back defeats against direct title rivals Manchester City and Chelsea, Liverpool slipped back to fifth in the table over the Xmas period. They had a distinctly average 36 points from 19 games. It seemed that Brendan Rodgers’ team were destined to be entertaining also-rans. Not a bit of it.

What followed was an incredible run of 14 victories from the next 16 games as Daniel Sturridge, Luis Suarez and Raheem Sterling terrorised defences while Gerrard stroked in the numerous penalties Bruno-Fernandes style. The fun ended after Jose Mourinho strangled Liverpool’s high tempo at a bouncing Anfield by simultaneously stealing and gate-crashing the ball. Manuel Pellegrini’s Manchester City needed no second invitation to deny the Reds their first title in 24 years. Such a run now might still lift Liverpool to their 20th title, even with a Crystanbul wobble thrown in.

Manchester City 2018/19
Played 19, won 18, drew 0, lost 1, final points 98, final position 1st
Manchester City choked on their Christmas turkey with a 3-2 loss at home to Palace followed by a 2-1 reverse at Leicester on Boxing Day. They were trailing an imperious, unbeaten and uber-confident Liverpool by 10 points after the Reds smashed Arsenal 5-1 to record 17 wins and three draws as they entered 2019. Handily, City had the chance to eat directly into that lead by hosting the Reds in early January, winning a titanic encounter 2-1 when Dejan Lovren’s turning circle was exploited by Sergio Aguero. While Rafa did Liverpool a direct favour by beating Pep at St James’s Park, Jurgen’s snow patrol stumbled in the ice against Leicester as the goals dried up with four draws in six games.

Pep’s blue dream machine just kept winning game after game after game. Liverpool retaliated by sneaking 27 points from the last 27 with late goals against Fulham, Southampton and Spurs, but City pipped them with a stupendous 54 out of a possible 57. “It’s a combination of a great group of players, great staff and our incredible desire to overachieve,” skipper Vincent Kompany said. How they missed him in the follow-up…

Chelsea 2004/05
Played 19, won 15, drew 4, lost 0, final points 95, final position 1st
When the Special One was really very, very shiny, playful and new, Chelsea immediately became a band of brothers war unit. There were four 1-0 wins in the first eight games. This was the new perfection of scoring and shutting the opposition down without mercy. Petr Cech went 1024 minutes without conceding at one stage and ended up with 24 clean sheets. Didier Drogba banged in 26 goals.

Even so, in the first half of the campaign, the Stamford Bridge outfit were only five points ahead despite one solitary loss. However, from January they stretched out their ruthlessness to an entire season, surpassing Manchester United’s previous record points total of 92 in 1993/4, which was a 42-game campaign. When the Blues beat United at Old Trafford in the penultimate game of the season, Mourinho snorted: “I saw their players and manager go for a lap of honour after losing to us in their last home game. In Portugal if you do this, they throw bottles at you!”

Manchester United 2008/09
Played 19, won 16, drew 1, lost 2, final points 90, final position 1st
Liverpool were seven points ahead of United in the Premier League title race in January, so when Rafa Benitez took out a piece of paper to list some ‘facts’ about Sir Alex Ferguson’s influence on referees and the FA, jaws dropped as did Liverpool. Gary Neville said: “You can imagine Sir Alex being at home being like ‘I’ve got him’.”

Pool subsequently went on a run of two wins from the next seven (well, it was January) and their advantage was lost. However, suddenly United wobbled, losing 4-1 to the Anfield rivals at Old Trafford in March and then Fulham the very next weekend. They were then 2-1 down to Aston Villa with nine minutes remaining when Federico Macheda – remember the name – pulled out a glorious winner in stoppage time. Despite Liverpool finishing like a steam train with only two losses all season, United flew down the straight without further alarm to win by four points. Fergie recalled in his autobiography: ‘The mistake he made was to turn our rivalry personal. Once you made it personal, you had no chance, because I could wait. I had success on my side. Benitez was striving for trophies while taking me on. That was unwise.’

Blackburn Rovers 1994/95
Played 21, won 12, drew 4, lost 5, final points 89, final position 1st
This was the last of the 42-game seasons, and it was a real slugfest between two Scottish gunslingers. In the red corner, there was Sir Alex Ferguson, fresh-faced and flying from back-to-back titles. In the blue-and-white corner, there was Kenny Dalglish, in charge of a Blackburn side bankrolled by steel magnate Jack Walker and melding industrial grit with a 49 goal strike-force. Powered by the retro 90s SAS – Shearer and Sutton – they opened up a five-point lead over United. All hell broke loose in January as Eric Cantona was banned for his kung-fu antics at Selhurst Park and United bought record signing Andy Cole to try and peg back the gap.

Coming down the final furlong, Fergie declared that Kenny Dalglish’s side “will have to finish like the (infamous Grand National faller) Devon Loch to give us any chance”. Despite an eight-point lead with a handful of games left, Rovers had an almighty wobble with three defeats in the last five games. Blackburn lost at Anfield on the final day, but United needed still needed victory at Upton Park to claim the crown. Ludek Miklosko somehow blocked everything the Reds, including a profligate Cole, threw at him as Rovers squeezed home by a point. Ferguson sighed: “The one problem I had with Blackburn was how resilient they were.” They had bottle, that’s for sure…