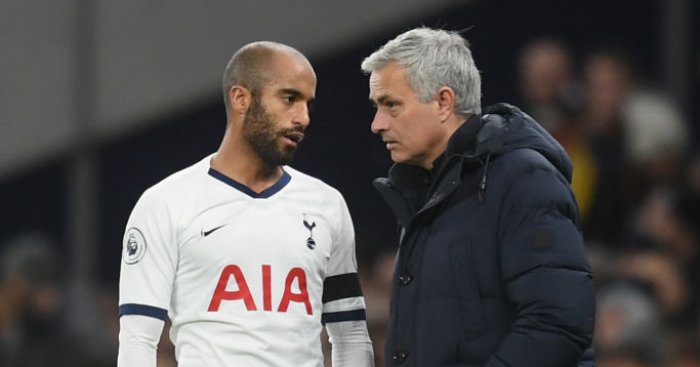 We’re not saying that anybody is celebrating the onset of a global pandemic, but the timing will have certainly suited some…

Tottenham Hotspur
There’s only so many times Eric Dier could go radge to distract everybody from the woeful form of Tottenham and the increasing nonsense of Jose Mourinho. At the time of the season’s suspension, Spurs had lost six straight games and it felt very much like the end of a golden era that did not actually provide any silverware.

When/should the football resume, Tottenham will be very pleased indeed to welcome back Harry Kane and Son Heung-Min, though it’s worth noting that they have been utterly dire in defence even with a full compliment at that end of the pitch.

Sheffield Wednesday
If ever there was a side that needed a break from football – albeit not necessarily via the world as we know it coming to an end – then it is Garry Monk’s Owls. The manager’s name is not included here simply to fluff the word count (though God knows we need it…), but rather to accentuate the fact that it’s not just the club who needed a break from the constant barrage of defeats and humiliations.

Prior to the suspension of the EFL, Monk had seen his side beaten something unholy at Brentford, shipping five in west London, being beaten 3-1 at home by terrible travellers Derby, conceding another three at home to Reading without reply, and failing to beat relegation-troubled Luton Town and Barnsley.

Across an entire season, that would be bad enough. For Wednesday, all that has happened since the start of February. If the Owls escape without a points deduction for their financial misdemeanours, relegation is still almost impossible if the season resumes. Monk’s position as manager, however? That is up in the air. The refresh button desperately needed repressing in S6; an extended break provides just that.

Bristol City
So streaky is Lee Johnson, you almost expect his face to appear almost Jesus-like in your Sunday morning bacon. He is seemingly the only manager capable of defeating all of Europe’s elite with a second-string XI before putting out his big guns against the Dog & Duck and coming up short.

Bristol City fans were once again losing faith in their long-standing messiah as another poor run of form sets about the Ashton Gate outfit, without a win in five and just on the outside looking in of the top six.

Should the EFL season resume, a renewed vigour coupled with the potential of striker Benik Afobe returning from his previous season-ending injury, could provide the Robins with the impetus needed to end the season on a good run and a shot at the end-of-season lottery.

Charlton Athletic
It is testament to Charlton Athletic that in the days leading up to the mass hysteria that came with the outbreak of coronavirus that the hierarchy at The Valley was beaten only in the uselessness stakes by the terribly non-reassuring Prime Minister in their ability to calm the masses.

A now-public spat between Executive Chairman Matt Southall and owner Tahmoon Nimer has left Addicks fans wondering if they will even have a club to support when football resumes.

The break from football matters means that even in self-isolation, the men at the top of the south Londoners have the opportunity to resolve their differences and finally provide manager Lee Bowyer and the Charlton supporters the well-run club they deserve.

Rotherham United
From a terribly run club at boardroom level to one of the best, and a manager who suits the stable structure employed at the Millers with the winning mentality to match. After Rotherham’s 1-1 draw at Coventry City, Paul Warne said runners-up or another third-tier play-off march were not enough to satisfy his title-winning desires.

Since then, Rotherham have picked up one point from games against relegation battlers MK Dons and Rochdale and a ridiculously tight League One promotion race has just had to put a cushion over its lap.

That two of the Millers’ outstanding performers this season – defender Michael Ihiekwe and on-loan Newcastle midfielder Dan Barlaser – are both injured for the best part of a month means that if the league does resume in early April (yeah right), Rotherham will likely have their key figures back and the assault on the League One title can resume.

Stevenage
Stevenage may be by far the worst-placed side in League Two and with just one relegation place up for grabs, the side with just three divisional wins to their name all season should have little cause for optimism.

And yet, with Macclesfield still struggling to pay their players and with the FA still on the backs of the Silkmen, there is the slimmest of chances that regrouping after at least three weeks away will provide the Hertfordshire side with the boost required to overturn the eight-point deficit between themselves and the financially woed side in 23rd place.