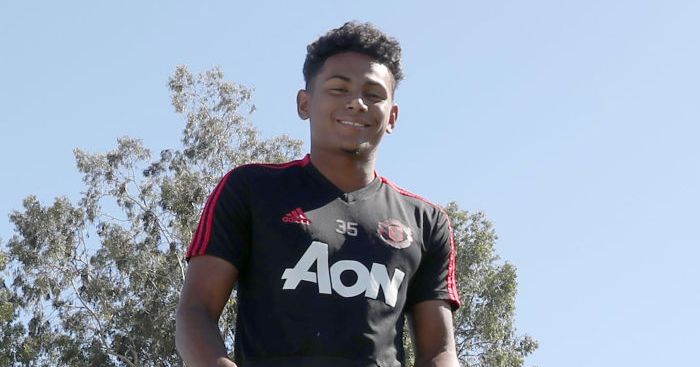 The full squads are here…

Andrew Crofts (Brighton)
‘Brighton & Hove Albion have announced the return to the club of midfielder Andrew Crofts, in a new player-coach role with the club’s under-23s,’ read a July 27 story in the Brighton and Hove Independent. ‘Crofts has signed a two-year playing contract, solely to play in Simon Rusk’s under-23 side, as one of three permitted over-age outfield players, allowed under Premier League 2 rules.’

After realising they had accidentally loaned out all of their U23 players this summer, Brighton sought a solution. They found it in the form of 35-year-old midfielder Andrew Crofts, in what technical director Dan Ashworth described as “an innovative step”. Kids have been persuading their older brother to join them in a kickabout with their mates to ensure victory for centuries, of course, but Brighton were happy to pretend they were reinventing the wheel.

That would be fine, save for Crofts’ inclusion in Graham Potter’s full Premier League squad. Boosting the homegrown quota is all well and good, but Brighton already had ten players that fit the criteria. The inclusion of Crofts, whose most recent of 24 top-flight appearances came in May 2012, seems curious.

Joe Tupper (Crystal Palace)
In truth, it does no harm to name four or more goalkeepers in a Premier League squad. An injury to one of your top three already eliminates a valuable option and increases the pressure on those left to share the burden. It can only help to have a couple of others in reserve, just in case.

But it speaks volumes that the first-team squad list for 2019/20 on Crystal Palace’s own official website does not include Joe Tupper, one of Roy Hodgson’s chosen 25. Vicente Guiata, Wayne Hennessey and new signing Dean Henderson are all present, but Tupper is still listed in the U23 squad alongside actual fourth-choice Dion Henry.

This is the first season in which he no longer qualifies as an U21 player, and so the first in which his inclusion would require a squad place being used. He has made a single Premier League bench – the 4-3 defeat to Liverpool that came in the midst of an injury crisis between the sticks – and seems unlikely to better that record any time soon.

Cuco Martina (Everton)
In August 2018, the wonderful Paul Joyce reported that four players had been ‘told to train away from Everton’s first-team squad by Marco Silva’. The quartet were Ashley Williams (loaned to Stoke then released), Kevin Mirallas (loaned to Fiorentina then sold to Royal Antwerp), Nikola Vlasic (loaned then sold to CSKA Moscow) and Cuco Martina, who remains at Goodison Park.

Things have never got quite so bad for Martina as having his locker removed, nor have they got much better than his slew of appearances under Ronald Koeman, David Unsworth and Sam Allardyce in 2017/18. He has not played a single first-team game for the Toffees since that season, spending time on loan with Stoke and Feyenoord, the latter a deal which Joyce reported was to become permanent. Yet there Martina still is, happy to stick around with Seamus Coleman, Djibril Sidibe and even Mason Holgate and Jean-Philippe Gbamin ahead of him.

Let this sink in ……. Cuco Martina and Niaisse are still Everton players

In central midfield was Isaac Christie-Davies, whose appearance on the bench for January’s FA Cup defeat to Wolves is still his only appearance in a considerably weakened first-team match-day squad for the Reds. The 21-year-old, no longer eligible for the U21 list, arrived from Chelsea in the summer of 2018 but has had understandably limited experience at senior level since. It’s mad to think he’ll end the season as a Premier League-winning European champion when Jordan Henderson, Georginio Wijnaldum, Fabinho, Naby Keita, James Milner, Alex Oxlade-Chamberlain and Adam Lallana are all struck down by an illness restricted solely to central midfield.

His first and last appearance for the club was on the final day of the 2016/17 season in a Europa League final-fuelled selection. Two separate spells with Hearts seemed to signal the end of his first-team aspirations, yet the club’s fifth-choice left-back has been given a reprieve. His contract expires at the end of a season in which League Cup football might be his only exercise.

Dimitri Foulquier (Watford)
He was signed by Marco Silva in August 2017, loaned out immediately to Strasbourg, returned under Javi Gracia 12 months later, was sent straight to Getafe and continues to wait for his proper Hornets chance. Foulquier impressed at right-back on his debut in the League Cup last month, but is still some way from making his Premier League bow. Still, a squad place is a good start.