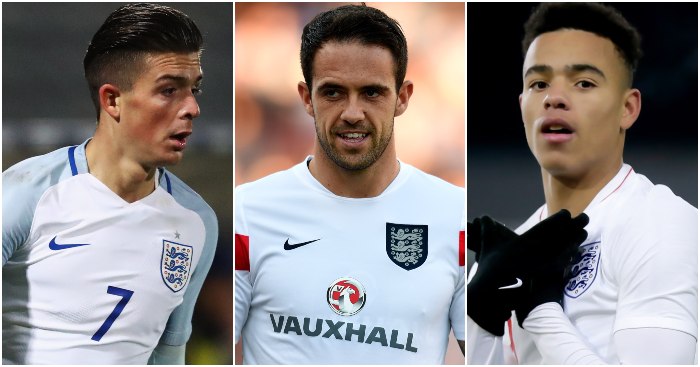 We’ve featured the six internationals who shouldn’t be in England’s 2020 vision. Now we have six players who weren’t called up in 2019 but for whom that will surely change this year…

Jack Grealish
The Aston Villa captain would have hoped for a cap by now having switched allegiance from the Republic of Ireland in 2015. But Grealish is doing all he can to get himself on the plane (well, several planes) to the European Championships.

No English midfielder has scored more this season and Grealish leads the way when you add his seven assists to six strikes. The 24-year-old has also created more chances than any other English player, trailing only Kevin De Bruyne and Emiliano Buendia (who should possibly have been on this list).

Gareth Southgate waited until James Maddison could be ignored no longer before he finally picked the Leicester midfielder and Grealish is making a similar case. The England boss warned Maddison that he should focus on being ‘high performance, low maintenance’ which is a perfect description of the Villa skipper so far this season. For both Maddison and Grealish, much will depend on what formation Southgate opts to play, but the latter certainly deserves an England opportunity.

This is excellent from @SebSB on Jack Grealish and the problem of not fitting into England's prescribed system.https://t.co/jKW2JNJSCS

Danny Ings
Harry Kane’s injury, the severity of which we don’t seem to know yet, means Southgate has little choice but to look at the top-scoring English striker who is not currently part of the set-up or retired from international football. Ten goals in 11 games and 14 for the season so far makes Ings that man.

The Southampton striker is making himself impossible to ignore while making a convincing case for an England recall. Ings made his Three Lions debut over four years ago in October 2015, just three days before he was struck down by a serious knee injury during Jurgen Klopp’s first training session as Liverpool manager. It has been a tough road back to the brink of the England squad – made longer by the diversion of another knee injury – but Ings is making up for lost time.

At the start of the season he wasn’t a Saints regular; he should end the campaign having at least auditioned for a Euro 2020 place. If his form continues to contrast so sharply with Callum Wilson’s then he should be on the planes.

Mason Greenwood
The Manchester United youngster holds a huge advantage over the likes of Grealish and Ings just because he plays his football at Old Trafford. But that wouldn’t mean any senior call-up would not be deserved.

Greenwood is a special, special talent. The 19-year-old, a Robin van Persie clone, has only made the breakthrough into the United side this season and Ole Gunnar Solskjaer is still trying to treat the starlet with kid gloves. But Greenwood needs little protection. He seems as unflappable as he is gifted.

It would be no surprise to see Greenwood remain with the Under-21s through this season and beyond the Euros. That’s certainly Solskjaer’s hope. But next season, when the England manager is thinking towards the World Cup in 2022, Greenwood will surely get a chance.

A England goal made in Manchester 💙❤️

The Young Lions are level in Holland! pic.twitter.com/cpvdCN80H6

Phil Foden
Like Greenwood, Foden is unlikely to make the senior squad for the European Championships. Certainly not while everyone seems petrified of breaking him.

You can understand Pep Guardiola using the midfielder sparingly given the other options at his disposal but Aidy Boothroyd’s reluctance to risk Foden breaking sweat at the European Under-21 Championships was just weird. We can only presume that approach is part of the England set-up’s wider thinking and Foden won’t be considered for a senior call-up this summer.

But when Foden steps in for David Silva next season and becomes a City regular, England too will not be able to hold him back any longer. By then, David Silva’s heir will be 20 and ready for the rigours of regular football at club and international level. At that point, England need to find a place in their senior squad for him.

Dominic Calvert-Lewin
Southgate likes to promote from the Under-21s set-up and the Everton striker has paid his dues as he has emerged through the ranks. Calvert-Lewin scored the winner for England in the Under-20 World Cup final as one of 16 caps at that level. For the Under-21s, 2018’s Player of the Year has seven goals from 17 caps.

Calvert-Lewin’s new manager Carlo Ancelotti has managed enough top players to recognise one when he sees one. He said of the 22-year-old after working with him for a couple of weeks: “He is a fantastic striker in my opinion – fantastic with the head, clever in the box, and sharp… I think he is going to be at the top in England and in Europe. He has all the qualities to be a top striker.”

There are plenty of strikers currently between Calvert-Lewin and an England place – Kane, Marcus Rashford, Ings and Tammy Abraham to name four – but an opportunity will surely present itself after the summer, should he continue his recent form.

Reece James
The big six now all have an Englishman filling their right-back slot. Trent Alexander-Arnold is doing ridiculous things flying up Liverpool’s flank and Aaron Wan-Bissaka is a tackling machine in Manchester United’s defence. But James is perhaps emerging as the most complete right-back of the lot.

The Chelsea defender has seen a number of his academy class mates get the England call, with Fikayo Tomori following Mason Mount into the senior set-up. But James has arguably been the Blues’ biggest homegrown success story this term.

The 20-year-old only made his Under-21s debut two months ago so given the plethora of options Southgate has in the right-back position, James is unlikely to get a chance to try out before the Euros. But when the Three Lions move on to the their next cycle after the summer, then James will be deserving of his chance to show the England boss that he can combine the best qualities of Alexander-Arnold and Wan-Bissaka.