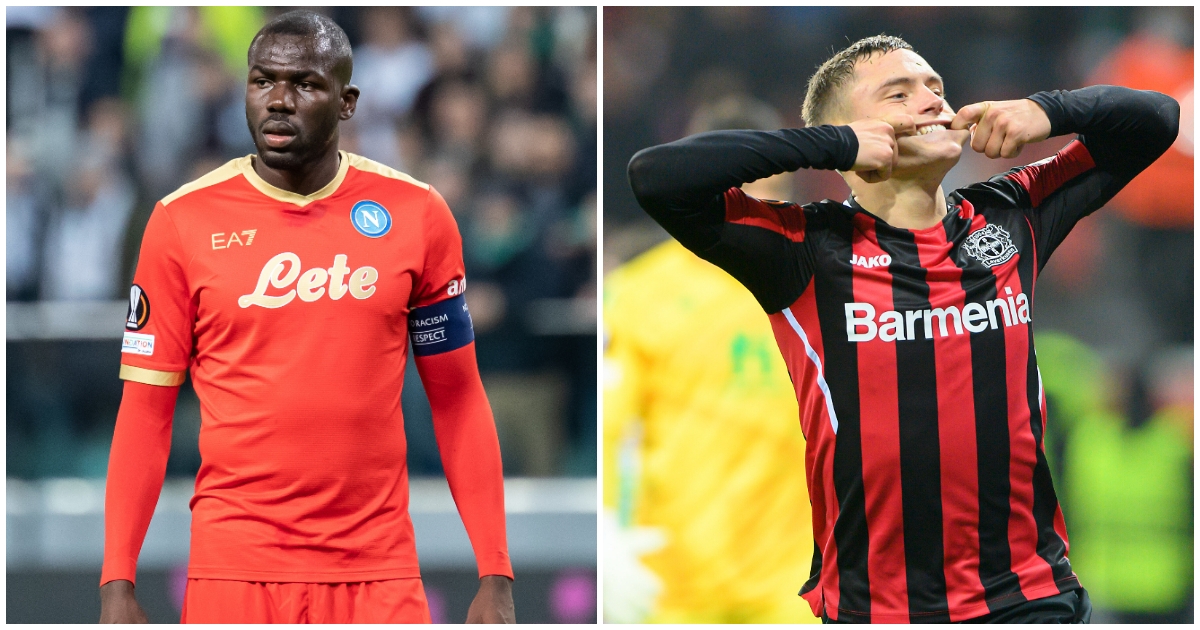 With the winter transfer window approaching, we select six players who will hopefully get snapped up by a Premier League club in January, or failing that, the summer.

Lucas Paqueta (Lyon)
Paqueta first made a name for himself at Flamengo in his native Brazil, before AC Milan signed him for around £34m in 2018. It didn’t happen for him at the San Siro, scoring one goal for the Italian giants in two seasons – so Milan decided to cut their losses and flog the Brazilian playmaker to Lyon.

Lyon paid £18m for the 24-year-old in September 2020 and the French outfit have brought the best out of Paqueta in his short time at the Groupama Stadium. He did take a while to get going, but ended his first season in France with ten goals and six assists in 34 matches, becoming an important player for the Brazilian national team. He is slightly similar to Kaka and makes keeping the ball look effortless. Paqueta will struggle to get near Kaka’s level, but can certainly become a world-class player one day.

Premier League football would likely suit Paqueta very well. He is a bit of a flair player and definitely thrives in a more attacking role than as an out-and-out central midfielder. He already has five Ligue 1 goals this term and with Lyon competing in the Europa League and for a Champions League spot in the league, a January transfer is unlikely. Newcastle United should look at Paqueta (and everyone else on this list) in the summer. He would complement Allan Saint-Maximin very well and can play alongside Callum Wilson if needs be.

Frenkie De Jong (Barcelona)
A player with tremendous talent, De Jong is someone who definitely needs to come to the Premier League before he hangs up his boots. With Barcelona struggling financially, teams should be keeping tabs on his situation. Rumours of a move to England are gaining momentum, with Manchester City reportedly interested.

De Jong would slot perfectly into a Pep Guardiola team and would make their already incredible midfield even better. The 24-year-old has been at Barcelona since 2019 following his £77m transfer from Ajax and has not experienced great success at the Nou Camp, through little fault of his own. Losing Xavi and Andres Iniesta was inevitable but disastrous for Barca. De Jong was the perfect player to come in and spearhead the new chapter at the club and is probably their only justifiable big-money deal in recent years.

If Man City want to sign him, they probably will. But De Jong can comfortably slot into any Premier League side’s starting XI. His ability to drive forward with the ball and slalom through a high press as if it is non-existent is astonishing. The Holland midfielder would be perfect for City or Arsenal, but I think we all know who would win if they go head-to-head for his signature.

Partey and Frenkie De Jong in the same midfield would be overwhelming, overpowering and utterly disgusting. Therefore Arsenal shouldn't do it.

Kalidou Koulibaly (Napoli)
The only player on this list who is above the age of 24, Koulibaly has been linked with a move to England in every transfer window for the past 427 years, so this is more of a plea for the Senegalese defender to bite the bullet and finally leave Napoli for a Premier League side.

Last month, Italian journalist Valter De Maggio claimed the only teams Koulibaly would leave Napoli for are Barca, Real Madrid, and… Man City. Due to the fact they’ve got £200m worth of centre-backs at the club already, we’ll turn our attention elsewhere. Newcastle would be perfect if De Maggio is wrong, or if the 30-year-old defender simply has a change of heart. They need defensive reinforcements and need them in January to ensure they don’t get relegated this campaign. Like Paqueta and Lyon, however, Napoli are competing in both the league and Europa League, so the last thing they’ll want to do halfway through the season is sell their most important defender.

Having said that, someone needs to snap Koulibaly up in the summer. Whether it’s the Geordies, West Ham, Tottenham or even Chelsea, he should be a transfer target for plenty of sides as he enters the final year of his contract in Naples.

Aurelien Tchouameni (AS Monaco)
Tchouameni is one of the most promising midfielders in world football and was heavily linked with a move to Chelsea last summer. Man Utd, Juventus and now Newcastle (what a surprise) are also keeping tabs on the France international, according to reports. “It’s a pleasure to play next to him. He brings a lot of energy. A lot of energy, extraordinary technical and physical quality,” Paul Pogba said on Tchouameni in October. High praise indeed.

The 21-year-old is not going to spend his whole career at Monaco, that much is certain. It is Chelsea’s duty to ensure he doesn’t make the dull move to Paris Saint-Germain. If not the European champions, then he would fit Mikel Arteta’s ideal profile at Arsenal and, of course, walk straight into Man Utd’s starting XI.

He should take to Premier League football easily enough. Although many players struggle to adapt physically, this shouldn’t be an issue for the Frenchman. Monaco bought Tchouameni from Bordeaux in January 2020 for around £16m, and the Ligue 1 club will probably want at least triple that to sell the seven-cap France midfielder.

Florian Wirtz (Bayer Leverkusen)
Wirtz has ten goal contributions in nine Bundesliga games this season and has quickly emerged as one of the best players in Germany at only 18. In September alone, the teenager scored three and assisted two in only three matches and has also scored in three of his four Europa League games this term. The moral of the story is: Florian Wirtz is pretty good at football.

Having made four appearances for Germany already, he looks set to become a mainstay in the national team for the next 15 years and, like Tchouameni, is unlikely to stay at his current club forever; this sort of thing doesn’t seem to happen anymore. A European colossus will come in for Wirtz and likely spend over £100m for his services. For our love of English football, we will keep our fingers and toes crossed that it will be a Premier League team to sign the playmaking, goalscoring German wonderkid.

The Bayer attacking midfielder could be the perfect marquee signing for Newcastle, but he deserves to be signed by a club that can win silverware now. The usual candidates are, of course, Man City and Man Utd, especially with Chelsea still integrating a Leverkusen prodigy into their team. He would be a dream signing for any team and deserves to be playing Champions League football, which rules out a lot of teams.

The perfect side for Wirtz would be Liverpool, especially with Jurgen Klopp in the Anfield hot seat. He can play in the front three or in a midfield three, and would add a new dimension to their team. Despite the combination of the Reds rarely spending big and Klopp usually opting for workhorse midfielders over technically gifted ones – Thiago being an exception – the signing of Wirtz is too good an opportunity to turn down. At least he’s not out of contract until 2026, so that rules out Bayern Munich.

Antony (Ajax)
The second tricky Brazilian to make this list, Antony has been lighting up the Eredivisie for Ajax in recent seasons and is now a regular in the Brazil squad. The 21-year-old actually helped his country win gold at the Olympics last summer, assisting Malcom’s winning goal in extra-time against Spain in the final.

Antony is a classic left-footed right winger. He would potentially look out of place anywhere else on the pitch, but that doesn’t mean a Premier League side should avoid signing him. Antony has three league goals in nine appearances so far this term and has been in terrific form for Ajax in the Champions League. The attacker provided a hat-trick of assists against Borussia Dortmund in a 3-1 win in Germany on matchday four and scored against the Germans as Ajax won 4-0 the match prior.

Having shown his credentials in Europe’s premier competition, he will probably not fancy stepping down to a Europa League side. But money talks and moving from the Dutch league to the Premier League is very desirable for a young player. Obviously, Newcastle could look at signing Antony, but Everton, Leicester City, West Ham, Spurs, or even Brighton if they establish themselves as a top-half side, would greatly improve if they take the winger off Ajax’s hands.