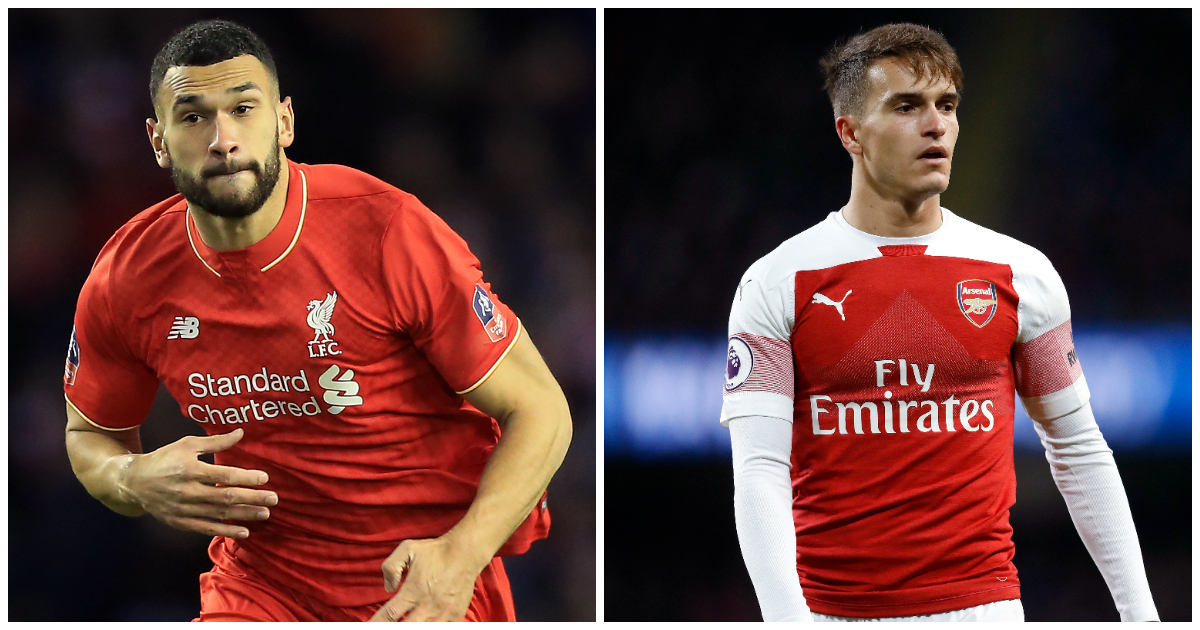 The January transfer window is usually utilised by teams to help them compete for the Premier League title, finish inside the top four or simply avoid relegation; clubs don’t tend to bring anyone in during the winter window unless they absolutely have to. Or it’s Philippe Coutinho.

We have picked out six quick-fix loan signings that turned out to be absolutely pointless and a waste of time for both player and club. We also did six who were sodding brilliant.

Kim Kallstrom to Arsenal
Kallstrom joined Arsenal with a broken back and left with an FA Cup winner’s medal. He actually scored a penalty against Wigan in the semi-final shootout, making him the least most pointless signing on this list. The Swede himself even admitted that his time at Arsenal was bizarre, writing on the club’s official website that he was “not meant” to take a penalty for the Gunners at Wembley Stadium.

Arsene Wenger must have really wanted Kallstrom to sign him while he had a serious back injury; either that or Arsene just knew the former Lyon man would play a brief but crucial part in ending the north Londoners’ long wait for a trophy.

Kallstrom had to wait over three weeks to make the bench, and his first time in the squad came in Wenger’s 1,000th game as Arsenal boss – everyone knows how that went. The experienced midfielder played 11 minutes against Swansea City a few days later and was an unused substitute more times than not until the end of the season. Kallstrom did get 90 minutes under his belt in a 3-1 win over West Ham, and of course played seven minutes in extra time against Wigan, before converting the second Gunners spot-kick of the penalty shootout.

In Kallstrom’s own words: “Here, I walked in, hit the penalty, we won a trophy and then I walked out again.”

Steven Caulker to Liverpool
Caulker was warming the bench at Southampton while on loan from QPR, so he joined Liverpool in January due to an injury crisis in Jurgen Klopp’s defence. But he was ironically only really used as a last-chance saloon, Plan B, lump it up to the big man in the dying embers forward.

He came off the bench in the Premier League three times, making his Reds debut against Arsenal with his team trailing 3-2 in the 88th minute; the match finished 3-3 after a Joe Allen goal. Make of that what you will. Next up: Manchester United. His one-minute cameo wasn’t as successful, unfortunately. He entered the pitch with Liverpool 1-o down and that’s how it finished. Next up was Norwich City at Carrow Road, the famous 5-4 victory in which Klopp broke his glasses celebrating Adam Lallana’s 95th-minute winner. Caulker entered the pitch in the 90th minute with Liverpool 4-3 up before the true carnage unfolded. Sebastien Bassong equalised before Lallana’s bouncing volley won it for the Reds. This was Caulker’s last Premier League appearance for the Merseysiders – all three of his league games in red came in the space of ten days.

A week after the Norwich game he played his final match for Liverpool: a 0-0 draw against West Ham in the FA Cup. He didn’t make the squad for the replay when Liverpool were knocked out in extra time.

Caulker’s time at Anfield is one fans look back on fondly, mainly because it is genuinely quite amusing.

Denis Suarez to Arsenal
Signing a 25-year-old Barcelona midfielder on loan seems like smart business, but in the end Arsenal paid the Catalan club over £2m to use their player a few times before he returned to Spain, leaving the Nou Camp for Celta Vigo for around £11m shortly after.

Suarez played 67 minutes in the Premier League over four matches. His debut was against Manchester City, essentially completing a bleep test for his half an hour on the pitch. The score was 3-1 when he came on and that’s how it finished, with pretty much nothing happening after Sergio Aguero completed his hat-trick in the 61st minute.

The Spaniard won four and lost two matches at Arsenal, doing nothing in the wins against Huddersfield, BATE Borisov, Bournemouth and Manchester United. He did play 16 minutes in the embarrassing first-leg Europa League knockout stage defeat to BATE, mind.

When Suarez joined, then-Arsenal boss Unai Emery hailed his versatility and in fairness, the midfielder was used in three different positions. He was utilised on the right, on the left and through the middle. All pretty pointlessly.

Unfortunately for club and player, Suarez picked up an injury and missed the Gunners’ last ten competitive matches of the season. He had won the Europa League in 2015 with Emery at Sevilla and was perhaps brought in as nothing more than a good luck charm. Maybe his presence on the bench would have created a different outcome in the final against Chelsea?

Federico Macheda to QPR
When Macheda burst onto the scene after his winning goal against Aston Villa, everyone thought that Manchester United had done it again: another wonderkid on their books ready to take the world by storm. Unfortunately for the Old Trafford club, it didn’t quite turn out that way. Currently playing for Panathinaikos, the Italian striker is now 30 years old – which shows just how young he was when he scored against Villa as that seems like an eternity ago.

United might not have won the league in 2009 had Macheda not scored winning goals in consecutive matches. He was rewarded the following season with nine whole first-team appearances. It wasn’t working out in 10/11 either and the young striker was loaned out to Sampdoria, scoring zero goals in 14 Serie A matches.

The following season was perhaps Macheda’s last chance to show the Old Trafford faithful that he belonged. A January loan to QPR was his opportunity to play consistently in the Premier League. It did not go ideally for Macheda, who played three league and FA Cup matches apiece for the Hoops. He scored zero goals and returned to United early due to injury. As far as loan deals, it doesn’t get much worse.

Andy Goram to Manchester United
Outstandingly, Goram was substituted in both of his appearances for the Premier League giants, which has to be some sort of record for a goalkeeper. He joined in January from Motherwell – who were apparently going to release him – and was unfortunately a shadow of his former self.

Goram made his name at Rangers, picking up the inspired nickname of ‘The Goalie’ along the way to winning five league titles, two Scottish League Cups and three Scottish Cups. Technically, he added a Premier League winner’s medal to his collection in his half-season at Old Trafford.

But Goram made just two appearances for United. He lasted 66 minutes on his debut against Coventry City – coming off soon after picking up a Jaap Stam backpass – but did not even make the hour mark against Southampton a month later. The veteran goalkeeper was an unused substitute on matchday 38 against Tottenham and was not included in any of six Champions League matches, two FA Cup ties and 14 out of 17 league encounters.

To make things even more interesting, he did not get on with club captain Roy Keane. Because…Roy Keane

Alexandre Pato to Chelsea
A player who never lived up to his incredible potential, Pato found himself in the Premier League in 2015/16 after Chelsea brought him in on loan from Corinthians. He wasn’t fit when he joined and had to wait until April to make his debut against Aston Villa. Pato scored at Villa Park, making it one in one in the English top flight. He got another hour or so in the next match – a 1-0 loss at Swansea City – and that’s near enough all she wrote.

Signing someone on loan only to have him sit on the bench for 99% of their time at the club is baffling to say the least. Maybe Chelsea were looking to enhance their popularity in Brazil?

Since his completely pointless time in west London, Pato has played in Brazil, Spain, China and is currently at Orlando in MLS.