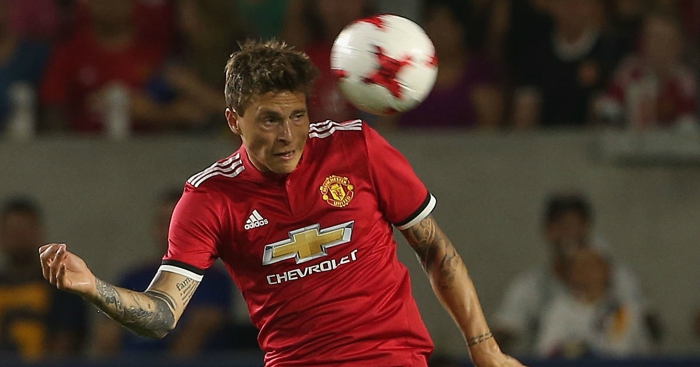 We did the surprising starters, now for the, erm…. odd omissions…

Victor Lindelof (Manchester United)
No longer does a weighty transfer fee guarantee you a regular starting spot in any team, but we did expect that it might give Lindelof a place in Jose Mourinho’s match-day squad. The Portuguese is notoriously impatient with new signings and young players who he believes are failing to fully buy into his ethos, and Lindelof is an early fall guy. No minutes, one place on the bench.

“I think Real Madrid [in the UEFA Super Cup] was too early for him,” said Mourinho last month. “He played because Jones and Bailly were both suspended. I’ve had players coming from different leagues to the Premier League and, normally, it’s not easy. I think Victor needs a little bit of time and he is going to have that time.”

That’s all well and good, but Lindelof now needs to improve to merit selection in the Premier League, and it’s hard to do that without actually playing games. For now, Phil Jones, Chris Smalling and Eric Bailly are all ahead of him in the queue, and Mourinho has a soft spot for Marcos Rojo too.

For all Manchester City’s lavish spending, this is a squad very light on numbers in two key areas. Should one of Vincent Kompany, John Stones or Nicolas Otamendi get injured then Pep Guardiola will have to turn to football-comedy crossover Eliaquim Mangala. Guardiola’s central midfield options are Ilkay Gundogan (semi-permanently injured), 32-year-old Fernandinho, Toure and a Fabian Delph that nobody wants.

Considering that second list, it is surprising that Toure has not yet been given an outing. It’s easy to forget that he started 25 games from mid-December onwards last season.

Jacob Murphy (Newcastle United)
Plenty has been written and said about Newcastle United’s lack of investment this summer, with a good deal of it coming from the mouth of Rafael Benitez himself. Yet one of the signings Benitez did make was to pay £12m to sign Jacob Murphy from Norwich City. So far, Murphy has managed eight minutes of Premier League action.

With Christian Atsu also signed this summer and Matt Ritchie a firm favourite of supporters, it’s hard to see how Murphy breaks into Benitez’s first-choice side. Newcastle made public their approach for Fulham’s Tom Cairney, and it’s hard not to make the knee-jerk conclusion that Murphy was their back-up option. At 22 and after only three league games it’s hardly panic stations, but the winger must be disappointed with his start to life on Tyneside.

Ander Herrera (Manchester United)
It was after the 4-0 away victory at Swansea City that I picked Herrera as my early loser, taking care to make the point that this was a huge compliment to Manchester United. I’m no bloody fool.

Herrera was fantastic for United last season, probably their best player. Yet with Nemanja Matic holding the fort and Paul Pogba making the type of surging runs and dribbles that make him potentially the best central midfielder in the world, Mourinho has no need for his firefighter.

United’s manager is a pragmatist in the truest sense of the word, prepared to use whichever tactic leads to the best chance of success. Last season his team’s greatest strength lay in their defensive resilience, of which Herrera was a crucial part. Now it lies in a whirring, wonderful attack. The Spaniard will still be called upon in the biggest, tightest games, but for now he is an incredibly useful spare part.

Demarai Gray (Leicester City)
When rumours linked Riyad Mahrez with a move away from Leicester City this summer, Gray must have secretly hoped that the Algerian would move. Like Ben Chilwell at left-back, Gray is a young player with bags of potential who has rarely been trusted with a place in Leicester’s side. This club’s incredible achievements over the last three years have largely been founded on age and experience, not youth and exuberance.

No team in the Premier League is more settled. Eleven Leicester players have played 208 or more of their 270 minutes so far, and Gray is next on 33. Yet at 21, after a successful summer with England’s Under-21s and following transfer interest from Bournemouth, Everton and Tottenham, the winger hoped for more chances to shine.

Sofiane Boufal (Southampton)
Boufal was Southampton’s record signing at £16m, so plenty was expected of him when he arrived in the Premier League from Lille at the start of last season. Injuries hampered his progress, but there was great hope among supporters that a full pre-season would see the Moroccan hit the ground running in 2017/18.

There were even media stories – clearly leaked by his agent – about extra fitness sessions to impress the new manager. Maybe Mauricio Pellegrino isn’t a press-up kinda guy, because Boufal has played 19 league minutes in Southampton’s first three games.

“I contacted Boufal because I like to explain things well to the people who I admire,” Morocco manager Herve Renard told journalists lasts week. “I told him that he hadn’t had enough game time recently. I also encouraged him to redouble his efforts.” Even more press-ups?!