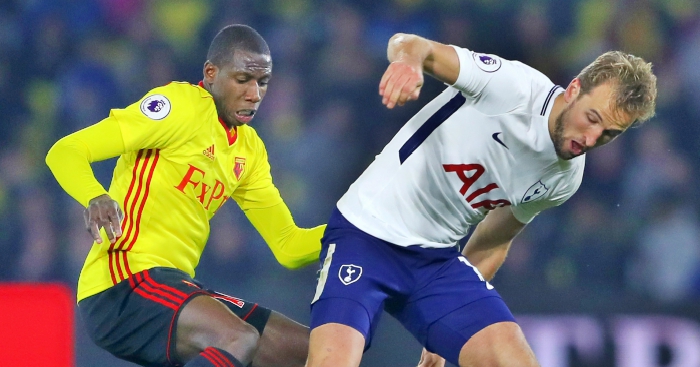 Riyad Mahrez
Of the five players we declared to be punching below their weight at this same stage last season, four found a bigger pond in which to swim. Romelu Lukaku and Alexis Sanchez both left middling clubs to join a supposed Premier League title challenger in Manchester United, while Michael Keane and Gylfi Sigurdsson docked at Everton after inspiring their former clubs in battles against relegation.

Riyad Mahrez’s failure to join his contemporaries in upping sticks from Leicester for greener grass was not for want of trying. Inability to seal a summer exit was brushed aside as the Algerian started the season in fine form, scoring and assisting eight goals each in 24 Premier League games. But Leicester’s reluctance to do such late business with Manchester City was a step too far for the winger, who took the rejection to heart. His return to the first team has brought two goals and two assists in six games; where would he be if Mino Raiola were his agent?

Wilfried Zaha
Crystal Palace have played 21 Premier League games with Wilfried Zaha starting this season; they have won seven, drawn nine and lost five. They have played ten Premier League games without Zaha; they have lost all ten. They have not won a Premier League match without the winger since September 2016. Nine players have played more minutes for Palace this season, yet no player has scored more non-penalty goals (4), only Andros Townsend can match his rate of chances created per 90 minutes (1.9), and only four players have completed more dribbles throughout Europe’s top five leagues (87).

Palace would already be relegated without him, and he would not look out of place in a Champions League squad. But the heart wants what the heart wants, and Zaha’s devastating combination of heart and skill has already made him a hero at his Selhurst Park home.

Abdoulaye Doucoure
“It’s true that these clubs are interested,” said Abdoulaye Doucoure in February, casually dropping Arsenal, Tottenham and Liverpool into a conversation few were actually having. A midfielder for the club in 11th fluttering his eyelashes at sides in 6th, 5th and 3rd is no crime; ambition should be embraced, not mocked. But in the case of Doucoure, he was simply ensuring his form was receiving the recognition it deserved.

The Frenchman is Watford’s top scorer – David Silva and Luka Milivojevic are the only midfielders to score more goals in the Premier League – and he has managed to avoid the quite drastic dip suffered by Richarlison. He is performing at a level below his post-January displays, but is still comfortably Watford’s best player. There is a reason Marco Silva, the man who unearthed a treasure buried by Quique Sanchez Flores, declared in September that the Frenchman can “play at the next level”. It does feel like a matter of time.

Xherdan Shaqiri
Fifteen players have both scored and assisted at least six goals each in the Premier League this season. Five of them play for Manchester City, three for Liverpool and two for Tottenham. Another four are at Arsenal, Chelsea, Leicester and Manchester United.

Only one has done so for a club in the bottom half. And to refer to Stoke as ‘a club in the bottom half’ is more than generous, considering their current relegation-battling predicament. Their worries would be exacerbated further were it not for Xherdan Shaqiri, their leading scorer and joint-highest provider of assists. The Potters have scored two goals in the last six Premier League games Shaqiri has missed: one was a penalty (v Chelsea, March 2017), the other went in off Mame Biram Diouf’s knee (v Bournemouth, October 2017), and both were consolation goals in defeats. He is the one-man entertainment show.

Pascal Gross
Brighton decided to treat the transfer market with unerring levels of straightforward, ruthless thinking last summer. They looked upon a promotion-winning squad, decided that it did not contain the proven attacking quality necessary to compete at the highest level, and addressed a perceived weakness. But they did not pursue a striker. Chris Hughton decided that the need for someone to supply the bullets was greater than the need for someone to fire them. The creator of the most chances in the Bundesliga over the previous two seasons joined for £3m, and simply carried on from where he left off.

Pascal Gross has been the square peg who, still surprisingly, fit snugly into the square hole in Brighton’s side. A 26-year-old at the absolute top of his game joined for a measly £3m, and proceeded to match the numbers produced by his handsomely-paid, expensively-bought peers. Six players have provided more assists in the Premier League this season, and each of them play for clubs in the top four, not one happily marooned in mid-table. It is Gross negligence that no other clubs were in for him; that mistake is unlikely to be repeated this summer.

Of the six players to score more than 40 club goals in 2017, four saw their efforts rewarded with a calendar year trophy. With Bas Dost rectifying that by winning the Taça da Liga in January, Harry Kane stands as the outlier. Lewandowski, Cavani and Messi are all currently top of their respective leagues, Dost is the top scorer for a club five points off the pace, and while Aubameyang will not claim a domestic title this season, his goals earned him the biggest move of his career. No-one scored more club goals than Kane (49) in 2017, yet the year’s most rebellious footballer remains without a tangible reward.