Home Arsenal Six Premier League regulars who will not be missed 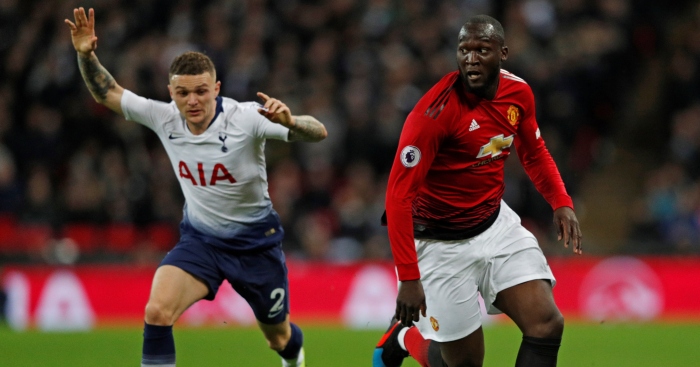 And we’re defining ‘regular’ as either playing in over 80% of games, or starting over 50%. Capeesh?

Shkodran Mustafi (Arsenal)
Still the Premier League’s fifth most expensive centre-half of all time (yes, that’s all time) at 35 million English pounds and yet this is Shkodran Mustafi’s positioning against one of Europe’s finest football teams…

This photograph of Mustafi's position for City's first goal might be one of the funniest things I've ever seen. pic.twitter.com/fc5Ahw3Ybz

“Mustafi has never been good enough since the day he walked in the door,” said Jamie Carragher after that sh*t-show against City.

The German is by far the least trusted of all Arsenal’s senior centre-halves and yet he has played by far the most football. It’s a cruel, cruel twist of fate that he is the most resilient of an injury-ravaged back line. He has only actually been dropped once by Unai Emery; Arsenal beat Chelsea 2-0. But of course Sokratis and Laurent Koscielny then got injured and Mustafi strolled back into the side…about ten yards behind play. Rumour has it that he will be encouraged to find another club this summer. Just don’t expect him to then mark that other club at a set-piece.

Marcos Alonso everyone, someone please tell me what the hell Sarri see’s in him? pic.twitter.com/qbzReDxNGF

Basically, he’s tall. As Maurizio Sarri explained after Emerson Palmieri was excellent at left-back in Carabao Cup victory over Spurs: “Sometimes I had a little problem in the starting XI because we are not very physical, so when we play with three little players in the same match at set-pieces it can be a very big problem to also have Emerson on the pitch.”

Alonso excelled in Antonio Conte’s three/five-man defence but he is being exposed by Maurizio Sarri’s 4-1-2-3 formation – he looks incredibly weak defensively and offers very little at the other end of the pitch unless he is arriving in the No. 10 position to take more shots than the Chelsea midfield. His cross record this season? Nine accurate deliveries of 83. There’s a reason Chelsea fans stare dolefully at Leicester highlights with all eyes on Ben Chilwell.

Theo Walcott (Everton)
“Let me build the team, let me spend the next £80m, £100 million on the players that will make Everton much much more fluid, much more creative and go forward and score more goals and hopefully finish better than eighth,” said Sam Allardyce last week as he blasted the “false lies” that suggested he did not play the ‘right’ kind of football for Everton. Having been given almost £50m to spend on Cenk Tosun and Theo Walcott, it is indeed a mystery why he was not given even more cash to build a team to match his vision.

Walcott has not notched an assist since September and has not had a shot in his last seven games. So why is he still playing? Because Marco Silva clearly does not trust Ademola Lookman. The situation is now so dire that Richarlison was pushed out to the right against Watford as both Walcott and Lookman sat on the bench. And of course the only player to create more than one chance in the 1-0 defeat was left-back Lucas Digne.

Theo Walcott might just be the worst player in our entire squad and I really wish I was exaggerating. What does he do? #EVEMCI

Jordan Henderson (Liverpool)
‘Matic, Fernandinho and Manchester City and N’Golo Kanté at Chelsea get the praise for that role, but Henderson does it as well as anyone else,’ said Tony Cascarino in March. Almost a year later, Henderson is starting only half Liverpool’s Premier League games after the club spent almost £100m on two new central midfielders last summer. Henderson is the poster boy for an ugly-looking Liverpool midfield that can look worryingly stodgy, with the England man claiming neither goal nor assist this season.

Henderson may still wear the captain’s armband but Liverpool are not short of leaders in his absence, with Dutch pair Virgil van Dijk and Georginio Wijnaldum the real rocks in this stingy side. When Naby Keita and Fabinho really settle, we won’t expect to see much of a player who splits the Liverpool supporter base pretty much down the middle.

I have been a Liverpool fan my entire life but the thought of Jordan Henderson lifting the PL trophy makes me gag.

Romelu Lukaku (Manchester United)
‘United’s poorest player versus Fulham. Immobile, lethargic and not a patch on Marcus Rashford as a figurehead,’ said one set of player ratings after Lukaku was given the full 90 minutes against Fulham as Marcus Rashford took a breather before the big one against PSG. It was his second Premier League start under Ole Gunnar Solskjaer and it was once again goalless for the Belgian who has been ignominiously relegated to second-choice striker. This is not what you expect when you sign for Manchester United for £75m.

Lukaku has actually scored eight top-flight goals this season, but none have come in his last five games. That he has failed to supplement those eight goals with a single assist is even more damning, his lack of cohesion with United’s more mobile attackers exposed. He may well have to move on this summer to a team willing to build around his physicality. Or at least to a team willing to pass to him…

I'm not kidding in the slightest, I think United players assess every option possible before passing to Lukaku.

Kieran Tripper (Tottenham)
“The ball was given away by Kieran Trippier unnecessarily,” said Danny Mills as he pinned blame on the Tottenham full-back for Manchester United’s opening goal last month. The problem is that the ball is quite often given away by Kieran Trippier unnecessarily, because Kieran Trippier seems to think that he is exempt from most defensive duties and can maraud up and down (though mostly up) the flank. After returning from the World Cup as an England revelation because of his set-pieces, he has settled back into being a Tottenham frustration because of his below-par performances.

It feels a tad bizarre to type these words but Tottenham – who have three right-backs – have a real weakness at right-back. If they did transfers, they should do a transfer for Aaron Wan-Bissaka and send Trippier the other way. It would not be the first time.

Has Trippier ever marked anyone? #Thfc