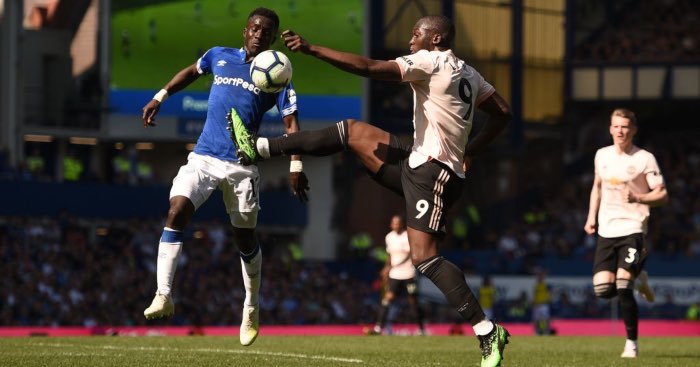 People may have expected Chelsea to fall apart without Eden Hazard and Leicester City to leak goals after Harry Maguire’s Man Utd switch, but as it turns out, other Premier League clubs have mourned their summer transfer departures far more. These are the six sales that left clubs in the biggest piles of s***…

Romelu Lukaku (Manchester United)
There are many symbols of Manchester United’s decline this season, but the form of Marcus Rashford is perhaps the most emblematic. Along with Anthony Martial, the England international was earmarked as filling the literal and metaphorical void left by the departing Romelu Lukaku. The Belgian frontman was often criticised for being a flat-track bully – he could score a hat-trick against a lesser Premier League team then would go missing against a centre-back of any real quality. But the Red Devils could do with any sort of bully right now, flat-track or otherwise. With just five goals in their last seven Premier League games, the decision not to replace Lukaku is looking more and more bizarre with every passing mishit Rashford shot or aimless run into the channel.

Idrissa Gueye (Everton)
Idrissa Gueye being too good for Everton was among the worst-kept secrets in world football last season. It was no surprise then when whispers of his blatant ability reached the ears of the Qatari owners at PSG and they signed the Senegal international for what looked like a snip at £27million. That fee has looked increasingly nominal as his absence at Goodison Park has been highlighted by Everton’s woeful start to the season.

To be fair, unlike Man Utd, when Everton lost a player in a key position they immediately found a direct replacement. And somewhat suprisingly for the Toffees, he appeared to be a natural fit. Jean-Philippe Gbamin joined from Mainz and looked to be settling in quickly before suffering a serious hamstring injury. Everton have picked up just three points from the six games the Ivorian has been sidelined for, and the experiment of playing both Morgan Schneiderlin and Fabien Delph to fill the void left by one player was never going to work

Gueye, meanwhile, is thriving in Paris, performing just as well as he did at Everton, if not better, with other world-class footballers around him. PSG look to have more of a hope of Champions League glory this year than perhaps ever before, in no small part down to the acquisition of the 30-year-old midfield harrier.

Vincent Kompany (Manchester City)
As Nicolas Otamendi still picks the turf from his teeth days after he was left sprawling by the quick-ish feet of Raul Jimenez, and 34-year-old Fernandinho pleads with Pep Guardiola to reinstate him in midfield, Man City fans will be looking back longingly at the influence of Vincent Kompany on their team last season.

The calm head and dominating personality of the Belgian carried a stumbling City across the finish line, and whilst ‘his legs may have gone‘ to a degree, his wonder strike to effectively win the title against Leicester showed that he could still pass the mettle test. With Aymerick Laporte’s return scheduled for January at the earliest, and the much-maligned John Stones also sidelined, Pep will now surely be wishing they had not allowed their leader to leave to (not) manage Anderlecht.

Salomon Rondon/Ayoze Perez (Newcastle)
The Premier League scriptwriters could have knocked off before Newcastle’s game against Man Utd on Sunday. One of the Longstaff midfield pair was always going to be the match-winner, and so it proved as they beat Solskjaer’s men 1-0. But Steve Bruce isn’t stupid: he knows the high spirits at St James’ Park will provide only a temporary hiatus from the abuse and ill will aimed his way. He will also recognise his side cannot rely on the ginger-gened duo to score enough goals to secure Premier League survival. But who will?

The hope that new record signing Joelinton could carry the burden of goalscoring previously shared between Salomon Rondon and Ayoze Perez was misplaced, with the Brazilian suddenly playing as an incredibly lone striker having never reached double figures for league goals in a season.

Joelinton is a big worry tho.. The lad got skillz, but no way he’s a £40m striker. Might be one day, but for what ive seen so far. No way. Ive not lost hope on the lad, but he & Bruce must find out how to get the best out of him asap. #NUFC

Their second most expensive signing of all-time – Miguel Almiron – is yet to score after joining in January, and seems unlikely to break that duck unless he accidentally dribbles it into the net. It takes some stones to get rid of your top two goalscorers, particularly when they contribute nearly 60 per cent of your team’s goals. But then nothing should come as a surprise to Newcastle fans these days.

Kieran Trippier (Tottenham)
It’s only in hindsight that allowing Kieran Trippier to leave White Hart Lane seems a bit daft. At the time, the £20million Atletico Madrid paid for the former Burnley man looked like a decent sum considering the degree to which his post-World Cup stock had plummeted. Kyle Walker-Peters could fill in, Juan Foyth was a left-field solution and Serge Aurier would be fine as a back-up, wouldn’t he? Two months into the season, Walker-Peters and Foyth are both injured, Aurier is out in the cold and Moussa Sissoko started at right-back in their 3-0 loss to Brighton, as Tottenham are embroiled in a fight to see who will rule north London. Trippier described his performances at the end of his last season at Spurs as a car crash – but he looks to have avoided a multi-vehicle pileup…