Home Chelsea Six Premier League transfers you may have forgotten 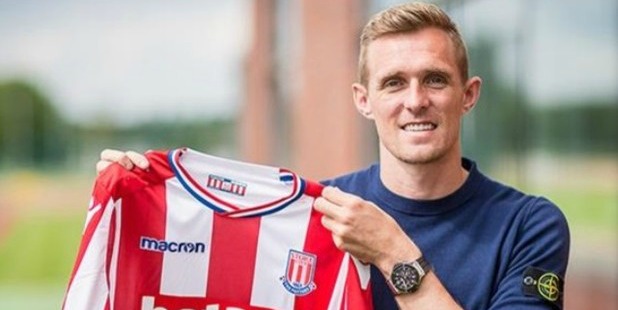 Instead, Mark Hughes crept into Fletcher’s bedroom in the dead of night and promised him that there was a Premier League manager who liked ageing, British central midfielders even more than Pulis. We did not think that was possible.

Pablo Zabaleta (Manchester City to West Ham)
Zabaleta has been a tremendous servant to Manchester City, perhaps their greatest ever value-for-money purchase, but it became clear that this past season would be his last. Zabaleta’s capacity to attack and avoid being caught out of position had disappeared, and his ability to deal with quick wingers had also been stunted. With Kyle Walker and Dani Alves both linked with moves to the Etihad Stadium, the time had come to say goodbye. What better club for an ageing player still looking for decent wages than West Ham?

“That was the first time I met Slaven in person, as I had only spoken to him a few times by phone,” said Zabaleta after the first day of pre-season training. “I said the same thing to him, that I am happy to be part of this football club and this squad.” Is it only us who considers it very odd that a player can sign for a club without ever meeting the manager?

Femenia is a Spanish right-back who has joined from Alaves on a four-year deal, having previously been on the books of both Real Madrid and Barcelona. He also looks like the sort of man who takes his shirt off in a club and pours beer down himself with the hope that a young lady might lick it off. You laugh at his arrogance in believing that any girl would do such a thing, but then stop laughing when you realise that a queue has formed. Oh sure, but when I pour Orange Reef over my head it’s “disgusting”. D*cks.

Zhang Yuning (Vitesse Arnhem to West Brom)
Blink and you missed him. No sooner had West Brom signed Zhang Yuning from Vitesse Arnhem then they had loaned him out to Werder Bremen for two years. If that sounds like an odd thing to do, you have probably correctly identified the smell of rat.

“His progress will be the subject of great interest here at Albion but also in Germany and in China,” said Albion technical director Richard Garlick. “There is no doubt that there are commercial benefits that come with the deal but the primary target is to help develop one of the best young players in a booming corner of the football industry.” B*llocks, Richard. It’s all about those sweet commercial benefits and you know it.

Willy Caballero (Manchester City to Chelsea)
Antonio Conte is reportedly frustrated at Chelsea’s inability to get their transfer business done, but I don’t know what he’s worried about. Chelsea have already signed a player who started 16 league games for one of their closest rival titles. Stop your moaning, Antonio.

But seriously, had you been told when Chelsea lifted the title that eight players would have left the club on permanent deals with only a back-up goalkeeper arriving as we enter the second week of July, you would have expected Conte to be angry. Caballero is not going to trouble Thibaut Courtois as much as he troubled Claudio Bravo. The biggest danger is that he requires a late-season operation to remove splinters from his cheeks.

Laurent Depoitre (Porto to Huddersfield Town)
You could be forgiven for forgetting any one of Huddersfield Town’s ten summer signings, but it is Depoitre who best combines forgettability with transfer fee. The Belgian was a club-record signing when he joined on June 23, a record that has been broken twice in the fortnight since.

You can see why Depoitre might be forgotten. He has signed for the only team odds on for relegation and he is likely to be a back-up centre forward. Having joined Porto last summer for a fee of around £4m, Depoitre played only seven league games and scored one goal before being made available for transfer. Tenner at 1000/1 on him winning the Golden Boot?