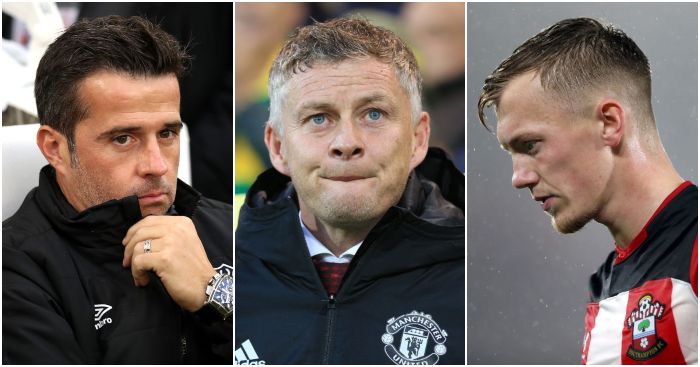 Can Leicester keep riding this wave?
It’s hard not to feel for Burton. Their glorious journey to the semi-finals of the League Cup last season culminated in a 9-0 thrashing at the hands of Manchester City. Fate dictates that the opponents standing between them and the quarter-finals this season have just inflicted the same scoreline upon a Premier League side.

While Nigel Clough was presiding over a 0-0 home draw with Blackpool on Saturday, Leicester were still basking in the glow of a record-breaking victory the previous night. The Foxes are third, the Foxes are firing and the Foxes are thrilling.

But it will be intriguing to see how they approach this game. One of the oft-spoken advantages Leicester have over their Premier League peers this season is the lack of midweek football, thus ensuring their key players are fresh and their preparations thorough; Brendan Rodgers built Liverpool’s 2013/14 title challenge on similar foundations.

Only four players started both the 4-0 victory over Luton in the last round and the Southampton shellacking: Jonny Evans, Wilfred Ndidi, Youri Tielemans and Ayoze Perez. If Leicester’s squad strength is such that Championship opponents can be swept aside with such ease, a third-tier side should ordinarily stand no chance.

There is the question of added pressure. Friday was a statement that Tuesday has to supplement, with expectation significantly enhanced. A genuine shot at silverware looms.

How will Southampton respond?
Leicester’s victims will be under an even greater microscope. Ralph Hasenhuttl might have not chosen Manchester City as Southampton’s next two opponents after such an embarrassment, but such a rude awakening could be the perfect hangover cure.

“The good thing was we had a lot of players here and not too many away on international duty over the two weeks,” Hasenhuttl said eight days before the Leicester humbling. “That gave me the chance to work on a few weaknesses in our game that we have seen in our last two games. The biggest issue we have had is after losing the ball, the transition to defence was not quick enough and not committed enough and that’s the reason why we conceded more goals than normal.”

If what the world witnessed at St Mary’s was the result of a fortnight’s intense and focused work, there is cause for immense concern. And the concession that “against the big teams, they show you immediately the lack of quality you have in some situations of your game” will hardly encourage Southampton positivity.

Yet there must surely be a reaction. Professional pride demands it. The fans deserve it. City might not allow it. The players and manager must ensure it.

Is this Marco Silva’s final stand?
Quique Sanchez Flores will likely not understand, nor will many of his players care, but there are plenty at Watford who would relish hammering the final nail into Marco Silva’s Everton coffin.

It was not supposed to be like this. Everton’s relentless and belligerent pursuit of Silva was grounded in the belief that he was their perfect manager: a young visionary capable of realising a long-term project and overseeing growth. It cost Watford their coach and sparked a chain of events that has left the Hornets bottom of the Premier League less than two years later. But it has hardly left the Toffees in a stronger position.

The defeat to Brighton was their sixth of the season, one more than even Watford have suffered. And it was an alarming stride back after the steps forward made against West Ham. Yet for all their Premier League struggles, this is a club in desperate need of a substantial cup run.

“Our goal and our ambition in the competition is clear and this is not the moment for us to hide,” Silva said this week. Everton reached the semi-finals of both the FA and League Cups in Roberto Martinez’s final season but have not advanced beyond the fourth round in either since. To maintain that poor sequence would be to lose to a side that has not beaten Premier League opposition since April 20. For Silva, that could be terminal.

Which League Two side will make it through?
Sunderland’s visit to Oxford guarantees the presence of one third-tier side in the quarter-finals. Crawley being drawn at home to Colchester means the fourth division will have a representative in the final eight for the first time since eventual finalists Bradford in 2012.

Neither Gabriele Cioffi nor John McGreal will be booking travel for Wembley in March. The incentive remains obvious, however.

These two sides met less than three weeks ago, with Crawley emerging 2-1 winners. That result actually went against the respective stories of their seasons; the team in 17th beat the one in 9th.

Only three points separate them, mind, and with an abridged relegation zone, neither should be looking over their shoulders. Instead, Crawley and Colchester can look forward to a possible Premier League meeting, provided they can pick on someone their own size first.

Will Liverpool further Arsenal’s misery?
When Liverpool beat Arsenal in August, their paths had already long diverged. One handsome maverick noted that it was ‘a game that emphasised how the gap between ‘one of’ and the plain old best has perhaps never been as pronounced’. How wise. How learned.

Sunday saw it highlighted even further. Liverpool went a goal down to Tottenham but retained an unerring belief that they would recover; Arsenal went two goals up against Crystal Palace yet never looked comfortable. One side’s captain ensured his Brazilian midfield teammate’s fine work did not go to waste; the other left his South American cousin in tears.

Three days later, they meet at Anfield. Liverpool, with one eye fixed on the Premier League and the other on defending the Champions League, are still overwhelming favourites in a competition that has long been relegated to their fourth priority. Arsenal have reached at least the League Cup quarter-finals in 13 of the last 17 seasons and know that even extending that record won’t appease most supporters.

It is clearly not a lose-lose situation: advancing past Liverpool at Anfield could not possibly be seen as a negative. But it feels like this fixture offers considerably more room for things to get much worse before they get any better.

Can Manchester United halt Chelsea’s run?
“I think a lot can happen in football in a short time,” said Frank Lampard, as accurate as he was during his playing days. His Chelsea side had just deconstructed Grimsby, while Manchester United needed penalties to beat a team one division higher.

The narratives that were established on the opening day had not really been challenged by that point. Chelsea’s two games prior to their 7-1 victory in the third round saw them lose to Valencia and Liverpool; United had lost to West Ham but beaten Astana and Leicester before then.

It is only recently that the paradigm has shifted. Chelsea have won seven games in a row in the same season for the first time since they last won the league. They are six points above United and, even after giving them a 4-0 headstart at Old Trafford, have scored ten more league goals.

For both managers, this represents an important game. Lampard will know the value of maintaining momentum, but also of winning trophies at a club built on achieving success in turmoil. Ole Gunnar Solskjaer cannot afford to lose much of the goodwill he has established over the past week. One of the club legends will have to suffer an unwanted setback.