Home All The News Six special relationships between players and managers 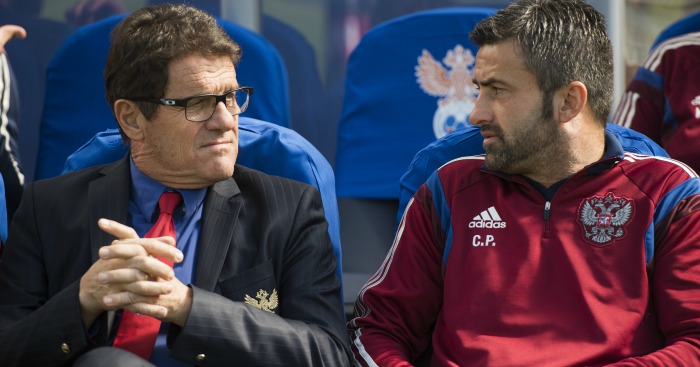 Neil Warnock – Paddy Kenny
Warnock and Kenny’s love story began almost two decades ago in 1998, when the then-Bury boss gave Bradford Park Avenue £10,000 after the 20-year-old goalkeeper had caught his eye. From Gigg Lane, Kenny followed Warnock to Sheffield United in 2002, QPR in 2010 and Leeds in 2012. Kenny’s career looked to be on the slide after leaving Leeds, but Warnock was still his rock, whisking him to Rotherham in 2016 after the keeper had flirted with Bolton, Oldham, Ipswich and Bury.

While they were bunked up at Brammall Lane, Warnock gave an insight into why he just couldn’t resist the cuddly keeper:

“Paddy is one of the best signings I’ve ever made. I think he’s one of the best goalkeepers in the game. I wouldn’t swap him for David James, Chris Kirkland, Paul Robinson or David Seaman. The first thing I did was put him on a diet. He was eating burgers, pizzas and chips – and that was in the same day. Look at the shape of him. He’s the sort of player people don’t pay much attention to, but he’s one of the first names on the team sheet because he’s so reliable.”

Harry Redknapp – Niko Kranjcar, Peter Crouch and Jermain Defoe
Harry loves nothing more than getting the old band back together, and it would hardly be a huge surprise if there was a reunion of sorts at Birmingham.

Niko Kranjcar and Peter Crouch are Redknapp’s golden boys, having signed both on three occasions. Crouch was taken to Southampton, Portsmouth and Spurs by Redknapp, while Kranjcar moved to Tottenham, Portsmouth and QPR to be with Harry. With Kranjcar hardly pulling up trees at Rangers and Crouch unlikely to see much more game time than he enjoyed last season at Stoke, it’s just so easy to suggest that either might put pen to paper with Harry’s arm around their shoulder sometime in the not-too-distant future.

Jermain Defoe is another favourite, with Redknapp being first-team manager at West Ham when the then-16-year-old joined the Hammers in 1999. Harry gave him his first-team debut at Upton Park, before then signing him for Portsmouth in January 2008 and a year later for Spurs.

Fabio Capello – Cristian Panucci
Capello was a notoriously hard man to please, but Panucci obviously knew which buttons to push. The former defender was signed by the coach for AC Milan in 1993, winning Serie A twice and the Champions League during four seasons at the San Siro.

Capello then took Panucci to Real Madrid in 1996, with the right-back becoming the first Italian to represent the club in the process of winning another Champions League and the La Liga title. The coach then brought his main man to Roma, where during eight seasons, he became the highest-scoring defender in the club’s history.

The fact Panucci had hung up his boots didn’t stop Capello from being with him. Panucci given a role in Capello’s backroom team when the veteran manger was handed the Russia job, but it all ended in tears in 2014 when Panucci was one of a number of coaches who walked away after a row over contracts and unpaid wages.

“I thank Fabio for the opportunity he gave me but he behaved in a shameful way towards me and all the other Italians on the staff. I will tell him that to his face the next time I see him. A great manager has to defend his men and he hasn’t done that.”

Sam Allardyce – Abdoulaye Faye
Many see Kevin Nolan as the apple of Allardyce’s eye, given the midfielder was given his Bolton debut by the manager, before he followed Big Sam to Newcastle then West Ham.

But Allardyce went slightly further for Abdoulaye Faye, signing the Senegal defender on three separate occasions. Firstly for Bolton in 2005, then Newcastle in 2007 and finally at West Ham in 2011.

But, once more, there was to be an unhappy ending. After beating Allardyce’s Hammers when he was moved on to Hull, Faye said: “I have had a good relationship with Sam, I did my best for West Ham. But when they went up, he said, ‘We don’t want you’.”

Martin O’Neill – Steve Guppy
O’Neill was Wycombe manager when ex-builder Guppy turned professional at Wycombe in 1992 and the winger was instrumental in helping the Chairboys achieve back-to-back promotions to go from the Conference to the third tier in the Football League.

After spells at Newcastle and Port Vale, in 1997, Guppy was taken by O’Neill to Leicester, who had to pay £850,000 for his services. After 140 games for the Foxes, O’Neill came calling again, this time on behalf of Celtic.

Guppy moved to the US towards his playing career and began coaching, which alerted O’Neill once more. The manager created a role for Guppy at Sunderland, before taking him across the Irish Sea to work with the Republic of Ireland

“We were both two-footed, but mainly left-footed, and we relied on a similar trick – feinting to cross but chopping back onto your right foot,” Lewis told FourFourTwo. “I watched a video of him play once and I thought: ‘I do that’.

“He trusted me to keep things ticking over. I fitted his philosophy, and he brought the best out in me. But I didn’t assume that when he moved, I’d automatically follow. When he took over Leicester in the Premier League I did really hope I’d join, but I didn’t hear from him for ages.”

Lewis and Taylor still made time for each other after Lewis’s playing career ended, with Taylor giving him jobs on his coaching staff at Wycombe and Bradford.