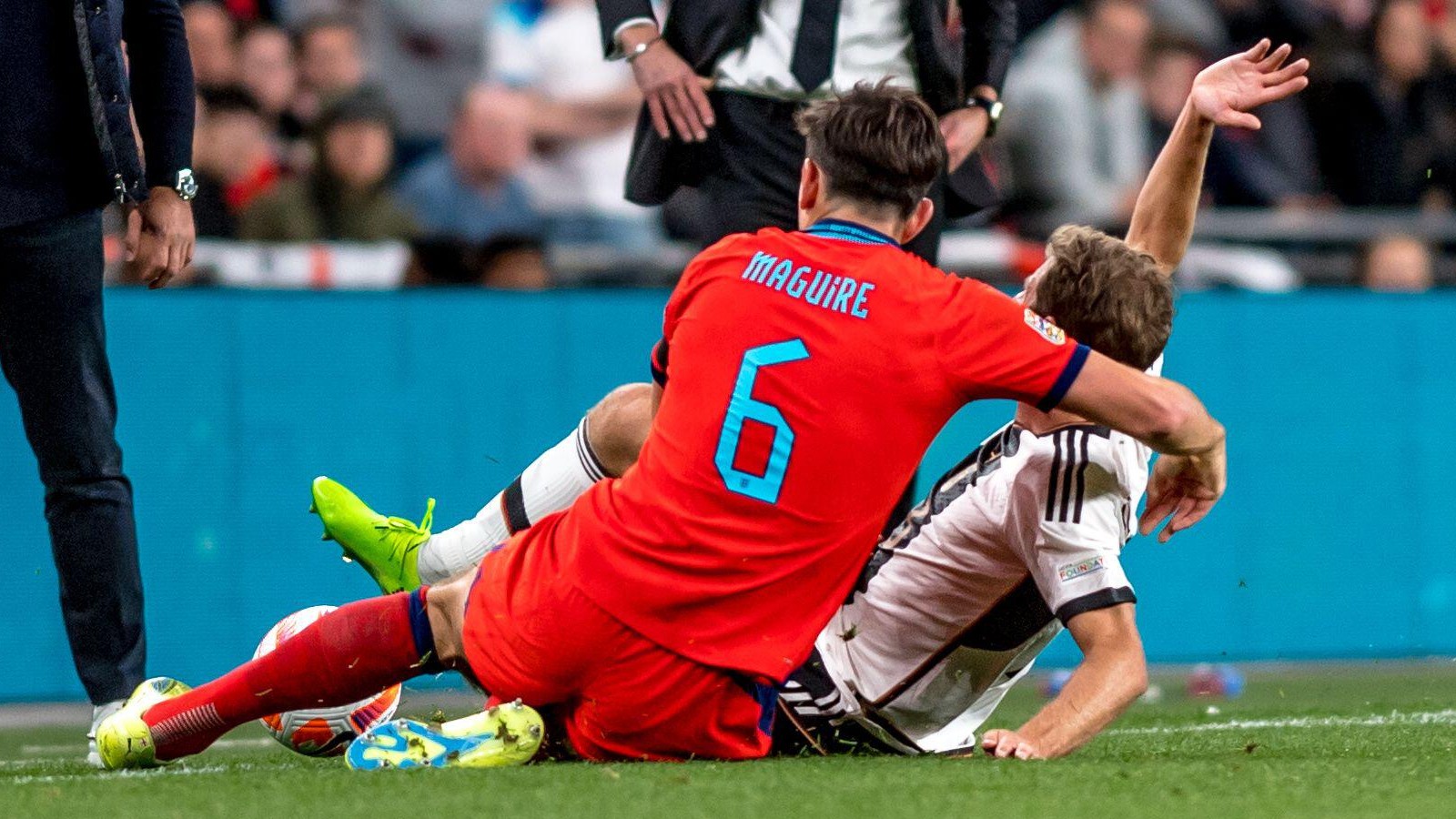 The international break gave these struggling Premier League players time away from club life, but things only spiralled with their countries.

Here are the ones who were better for country than club.

Thomas Strakosha
It seemed like a potential battle for the ages but David Raya has won by landslide. Thomas Strakosha did not leave his role as Lazio No. 1 upon the expiration of his contract to warm benches at Brentford, but that is precisely how the move has transpired thus far.

Strakosha has played just once for the Bees, keeping a clean sheet in the League Cup second-round win over Colchester. He has otherwise spent his time watching Raya between the sticks, likely not consoled by the Spaniard being statistically one of the worst keepers in the entire Premier League.

But it should be noted that Strakohsa wasted a potential chance to make his voice heard by Thomas Frank. While Raya was an unused substitute for both of Spain’s games, his Brentford understudy started for Albania in defeat to Israel and a 1-1 draw with Iceland. An opportunity to gain the upper hand, at least in terms of momentum, went begging.

Christian Pulisic
After digging his boot into the prone Thomas Tuchel, it was important for Christian Pulisic to draw a line under that situation and part the clouds that had formed over his time at Chelsea.

The forward has started a single game for the Blues all season – and even then he was subbed after an hour of the win against West Ham. A week or so with the USMNT offered a clean break after Tuchel’s demise, with Graham Potter monitoring the development of his new charges.

The overwhelming feeling when watching Pulisic would have been disappointment. Sitting out the insipid 2-0 defeat to Japan gave the Chelsea forward a chance to prove his worth against Saudi Arabia and underline the difference between him playing and not. But a goalless draw further compounded both his and the United States’ misery.

“I have a fresh start now, and I’m excited to play for the new manager. So really just looking forward to it. I just have to prove myself, as everyone does, and as I’ve done before,” he said after the game, a possible head-start on his club peers wasted.

Caglar Soyuncu
While the Foxes can find no current use for Caglar Soyuncu, Turkey were happy to live up to their name and accommodate their captain and centre-half. But when you’re sh*t out of luck, it is important to remember that things can always get worse.

Soyuncu was trusted by Turkey against Luxembourg and he repaid that faith by getting substituted with an injury at half-time with the score at 2-2. The poor sod cannot catch a break.

Harry Maguire
Following closely behind the homecoming of Brian McFadden and Keith Duffy as Boyzlife, Soyuncu and Harry Maguire is the reunion the world wants to see in 2022.

The intermittent Leicester centre-half pairing played three games together in the 2018/19 season; the Foxes won none of those matches, drawing with West Ham and losing to both Manchester City and Cardiff.

And neither found international respite from the enduring misery of their club existence. Maguire fared well enough against Italy before taking leave of at least two of his senses in the draw with Germany. It was enough for Gareth Southgate to finally turn on him.

Perhaps he could form a support group with Victor Lindelof upon his return to Manchester United. Sweden lost 4-1 to Serbia and drew 1-1 with Slovenia, with their captain and centre-half not missing a single minute.

Chris Wood
“I went in for a challenge and something popped in my rib. It hurt to run and breathe, so I had to come off.”

Even speaking as a medical layman, that honestly does not sound ideal. He should probably get that checked out. That it came half an hour into a goalless draw with Australia, who beat New Zealand 1-0 three days before in a game during which captain Wood was taken off with 20 minutes remaining, only makes matters slightly less worse than not being able to breathe properly.

Considering Alexander Isak was also released from Sweden duty early due to “a feeling”, Newcastle might not be ecstatic at placing their entire attacking burden on the shoulders of Callum Wilson, particularly as those hamstrings have only just been nursed back from a spell out.

Tomas Soucek
Amid speculation that David Moyes will ‘sit down with Tomas Soucek to thrash out exactly why his form has nosedived,’ the midfielder showed that whatever is affecting him for club is no different with his country.

Soucek was Czech Republic captain for the 4-0 capitulation against Portugal and the subsequent 2-1 defeat to Switzerland, with fellow Hammer Vladimir Coufal playing the whole 180 minutes too.

Whether that will finally be enough to convince Moyes it might be worth looking at some of the new signings West Ham brought in this summer is unknown.

It was a pretty awful break for the Hammers’ international stars. Thilo Kehrer could not stop England scoring three times. Emerson Palmieri played a single minute of Italy’s two wins. Roberto Mancini complained that “there are very few Italian strikers getting regular playing time at club level,” dropping Gianluca Scamacca in the process. Alphonse Areola was the France keeper for the defeat to Denmark. Lucas Paqueta was excellent against Ghana but subbed at half-time of the Brazil win over Tunisia.

At least they all get to come back to a happy, 18th-placed camp.