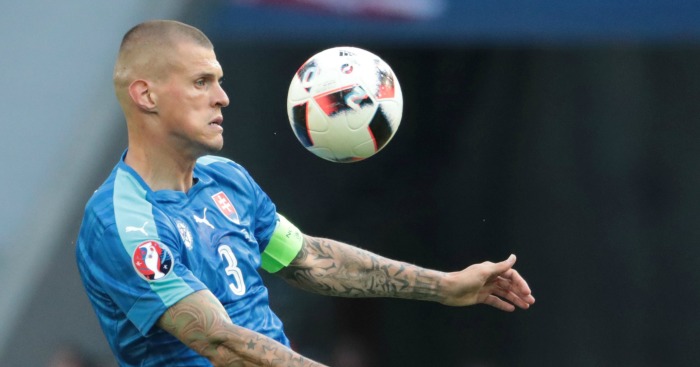 Liverpool defender Martin Skrtel’s eight-year stay at Anfield is close to an end with Fenerbahce putting the finishing touches to his transfer.

The Reds accepted a £5million bid for the Slovakia captain a couple of weeks ago, but the deal has been on hold because of the centre-back’s involvement at Euro 2016.

Since Slovakia were eliminated by Germany negotiations have moved on and it is understood it only remains for personal details to be agreed for the transfer to be concluded.

Skrtel, who made 320 appearances for Liverpool, fell out of favour last season after a hamstring injury sidelined him for three months in the middle of the campaign.

When he returned to fitness he struggled for form and veteran Kolo Toure – since released when his contract expired – was preferred for the Europa League final defeat to Sevilla.