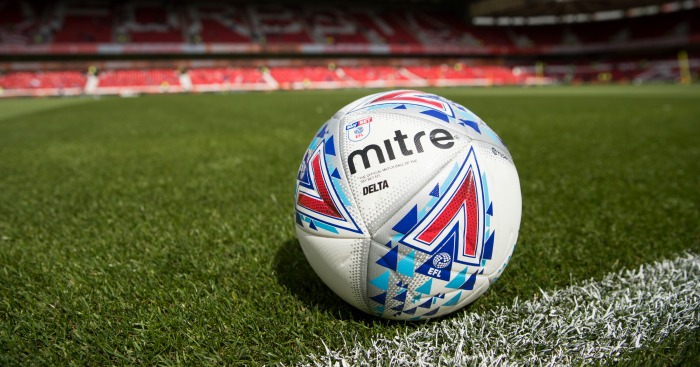 Television coverage of the English Football League is set for a radical overhaul as part of a new five-year deal signed with Sky Sports.

Announcing the contract on Tuesday, the EFL said it would receive £600million from the broadcaster as part of the new terms which will see the Championship, Leagues One and Two, the Carabao Cup and Checkatrade Trophy continue to be shown live.

A stand-out point of the new deal, which kicks in from 2019, is that clubs from the Championship, League One and League Two will be able to live stream games on their respective websites outside of the blocked hours of 2.45pm and 5.15pm on a Saturday afternoon.

That represents a bold step for the EFL in an era where the streaming of sporting events is high on the agenda.

This season, clubs have started live streaming all games, irrespective of kick-off time, to fans overseas via the league’s iFollow platform or their in-house equivalent, but that service is not currently available in Great Britain.

The new deal will also see Sky have the right to broadcast Championship games that fall outside of the Saturday afternoon timeslot on its interactive and digital platforms.

“Sky Sports has for many years been a hugely important and valued partner of the EFL and we are delighted to extend our relationship by a further five years,” EFL chief executive Shaun Harvey said.

“I would like to thank all those who submitted bids and we now look forward to working with the Sky Sports team as they cement their position as the broadcast home of live EFL matches.

“These negotiations came at what was an incredibly challenging period in the sale and acquisition of sports rights in the UK and, having fully tested the market, we believe that not only has a significant increase in value for our clubs been achieved, but also the very best deal, with the best partner has been delivered.

“In agreeing a deal over five seasons, it delivers a guaranteed increase in the level of income distributed to EFL clubs from 2019/20 and long-term financial certainty was an absolute priority throughout this process.

“It is a partnership that as well as having mutual tangible benefits, allows the EFL to maximise reach and exposure for its competitions, alongside providing further opportunities for clubs to generate additional incremental revenues through iFollow.

“The new opportunity for EFL clubs to live-stream their matches through a direct-to-consumer service in the UK is a revolutionary and exciting step forward for football broadcasting rights in the UK and we will monitor its progress closely to determine how this model can be considered for future EFL rights cycles.”

The new deal represents a 36 per cent year-on-year increase to the current £88m agreement, and commits the broadcaster to “a maximum of 150 exclusive Sky Bet EFL league matches”.