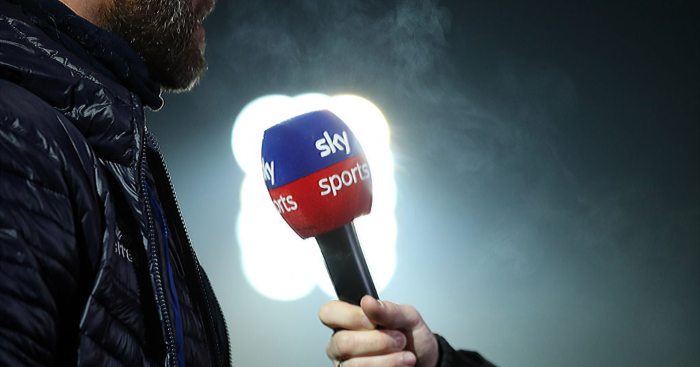 Sky Sports and BT Sport have been blocked from asking certain questions to Premier League players and managers during the coronavirus lockdown, according to reports.

The Premier League is currently suspended while the country deals with the coronavirus pandemic that is sweeping the nation with no definite plans on when or if the season will resume.

During the suspension, Sky Sports and BT Sport – who have the right to broadcast Premier League matches in the UK – will be provided with access to each Premier League manager every four weeks, while clubs will allow a player to speak every two weeks.

However, the Daily Mail claims that the broadcasters have ‘been told all access to managers and players will be revoked if the Premier League’s guidelines are not followed’.

Those guidelines include not ‘asking any questions about the resumption of the football season or the impact of the suspension on players’.

The Daily Mail has seen an email to all Sky Sports staff warning them about the possible implications of breaking the rules.

The e-mail states: “It’s clear that the Premier League will revoke access if we do not stick to these guidelines. The interviews have been agreed on the grounds that they are part of the football contract; access is intended to be fun and relaxed.

“Clubs are extremely nervous about putting anyone up (for interview) at the moment so we must stick to the following processes.

“We should avoid ‘news’ interviews as much as possible.”