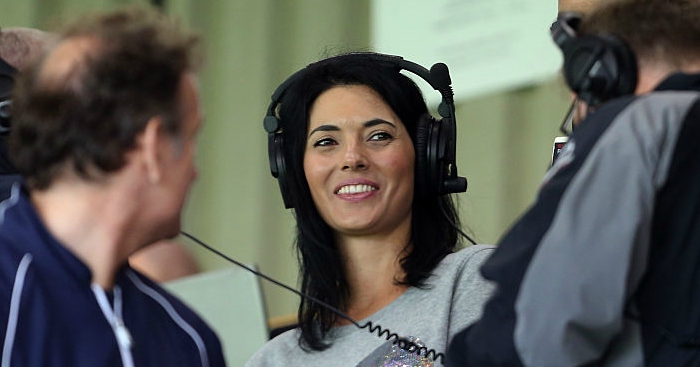 Sawyer left the company after 18 years on Thursday, leaving the post after her final presenting shift ended at 5pm. The 38-year-old had been informed that her contract would not be renewed, and she would be let go.

There was no fanfare or acknowledgement of Sawyer’s exit, with The Times reporting that Sky Sports executives ‘instructed other presenters not to mention Sawyer’s departure on air’.

That decision is thought to have left her former colleagues, who have been given no explanation of the situation, ‘upset’.

There has also been a public backlash on social media over the perceived poor treatment of a woman synonymous with the Sky Sports brand.

The lack of recognition goes against Sky’s past treatment of departing presenters, with the case of Georgie Thompson just one example. She was given a bouquet of flowers during her final broadcast on the channel in 2011.

Sawyer was said to be understandably ’emotional’ on Thursday, and was not available for comment, according to The Times.