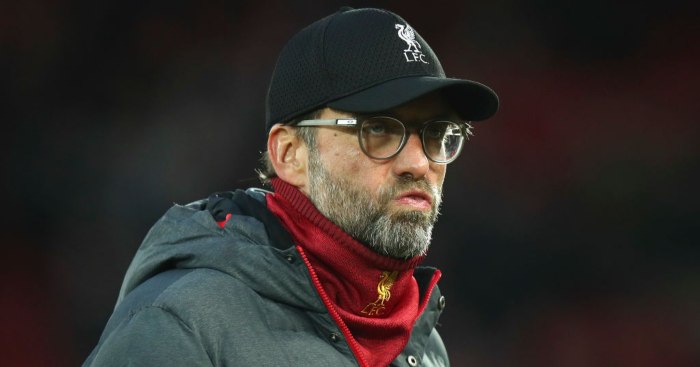 Klopp guided Liverpool to the Champions League trophy last campaign after reaching the final the previous year and they are now eight points clear of second-placed Leicester City in the race to win the Premier League title this term.

United, meanwhile, have struggled to get anywhere near the heights of the Sir Alex Ferguson era since the Scot left in 2013 and Thompson has claimed that Klopp was offered the job.

“I interviewed Klopp for Sky, and I asked if he and Liverpool were created for each other. He looked at me and asked why,” Thompson told TV2.

“Then Klopp told me he could have taken over Manchester United, but his wife said it wasn’t right.

“When Liverpool arrived, his wife said it was right. There is something strange there. It is as if he’s created for Liverpool.”

Thompson added: “This is one of the best Liverpool teams in the club’s history.

“In my time we always lost three to four games [at this stage of the season], but this team leads by nine points and lost only one game last season.

“This season they have beaten everyone, except for a draw at Old Trafford. They are doing something great.”