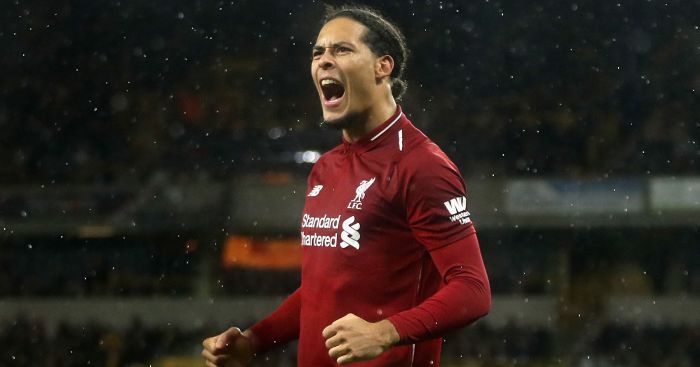 Four Sky Sports pundits have all backed Virgil van Dijk as one of the frontrunners to be named Premier League Player of the Year.

Van Dijk has been an expensive revelation after becoming the costliest defender in history when Liverpool signed him for £75million from Southampton in January 2018.

The Dutchman has been integral to the Reds’ Premier League title push as part of the best defence in the division. Jamie Carragher reckons he could be the difference.

Paul Merson, Matt Le Tissier, Phil Thompson and Charlie Nicholas agree. They were all asked to give their three main contenders for the Player of the Year award, and Van Dijk was the only player to be named by all four pundits.

Merson said that the “outstanding” Van Dijk has been one of “the two standout players in the league this season” alongside Fernandinho. “He has been very, very good,” added the Magic Man, whose third choice was Heung-min Son.

Le Tissier named the “immense” Van Dijk along with Eden Hazard, who has a “quite staggering” influence on Chelsea, as well as the “consistent” Sergio Aguero.

Thompson stunningly plays his entire hand as early as February, with the title itself yet to be decided. “I think Virgil van Dijk has to be made Player of the Year,” he said. “With Liverpool top of the league, it is real value for how he has played.”

Nicholas rounded off proceedings by saying “you are starting to stretch it” by naming any City player aside from “perhaps” Raheem Sterling, before throwing in a Ruben Neves-shaped “fabulous surprise package”.