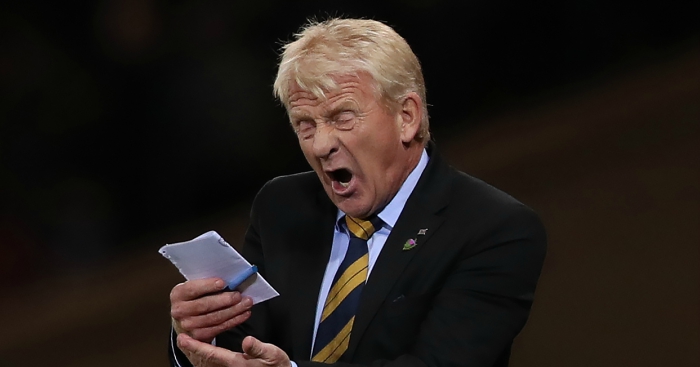 Gordon Strachan’s career as a pundit ‘is under threat’ after he equated convicted sex offender Adam Johnson to black footballers who suffer racist abuse.

The Daily Mail report that Sky Sports ‘will hold talks’ with the former Scotland manager after comments he made during an appearance on their The Debate programme last week.

Strachan has faced a deserved backlash for comparing the abuse Johnson could receive if he returns to football to racism.

A reminder now that Johnson was recently released from prison after serving a sentence for sexual activity with a 15-year-old.

“If he goes on to the pitch and people start calling him names, have we got to do the same as it is to the racist situation?” Strachan asked.

“Is it alright to call him names now after doing his three years – have we got to allow that to happen?”

A Sky spokesperson attempted to distance the company from Strachan’s views.

“Of course Sky Sports does not support the comments and we’re sorry for the offence they have caused,” they said.

The Mail go on to add that Strachan was ‘catching his breath and working out his next option,’ with ‘show insiders’ suggesting that an earlier discussion of racism in the programme ‘prompted’ the 62-year-old to bring it up again during a later segment about Johnson.