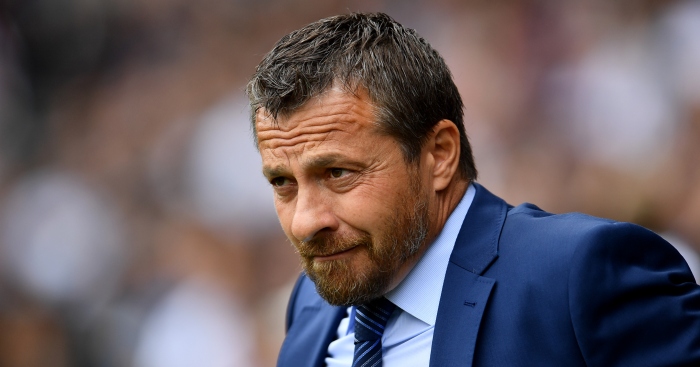 Slavisa Jokanovic feels he can leave Fulham with “immense pride and gratitude”, but maintained he could have turned the season around before being replaced as manager by Claudio Ranieri.

Jokanovic took the Cottagers up into the Premier League with victory in the Sky Bet Championship play-off final at Wembley, but managed only one win from the opening 12 games back in the top flight and was sacked on Wednesday morning.

At the same time as announcing Jokanovic’s departure, the west London club also confirmed the appointment of Italian Ranieri on a “multi-year” contract.

Serbian Jokanovic issued a statement on Thursday afternoon via the League Managers Association, in which he “respectfully” accepted the club’s decision, but with a sense of what might have been.

“I reflect on my spell at Fulham with immense pride and gratitude, looking back on great memories following my appointment at this fantastic football club almost three years ago now,” said Jokanovic, who had been in charge at Craven Cottage since the end of December 2015.

“We have been on an exciting journey together. It all started when we avoided relegation to League One in my first season, before reaching the play-offs in my second year and then achieving promotion to the Premier League on an unforgettable day at Wembley back in May.

“I feel that we gave the club’s fans a footballing identity and a team to be proud of.

“I was still confident that we would have been able to turn things around after our slow start to the season, just as we had done in previous years, but I respectfully accept the club’s decision.

“I would like to express my gratitude to (owner) Shahid Khan for giving me the opportunity to manage this great club and for his kindness. I extend my thanks to everyone at Fulham Football Club.

“It has also been a real pleasure to work with the players, and my staff and I wish to thank the squad for all of their effort and dedication.

“Finally, I am extremely grateful to the Fulham fans for their support since I arrived at the club and their very kind messages following my departure.”

Fulham had been busy during the summer transfer window and were one of the Premier League’s highest spenders with some £100million splashed out on players such as Jean Michael Seri, Andre Schurrle, Aleksandar Mitrovic and Alfie Mawson.

Despite promising performances, results on the pitch failed to materialise, with Fulham mustering just five points and suffering six away Premier League defeats out of seven.

Ranieri took his first training session at Motspur Park on Thursday, though several players were away on international duty.

The former Leicester and Chelsea boss believes there is enough talent within the squad to drag themselves towards survival.

Ranieri said in an interview with fulhamfctv: “There is plenty (of quality) because I watched some matches against (Manchester) City, against Liverpool at the end and the quality is very high.

“Now we have to think only about Southampton (after the international break), match by match, that is important now for the players, without seeing what (will) happen after.”