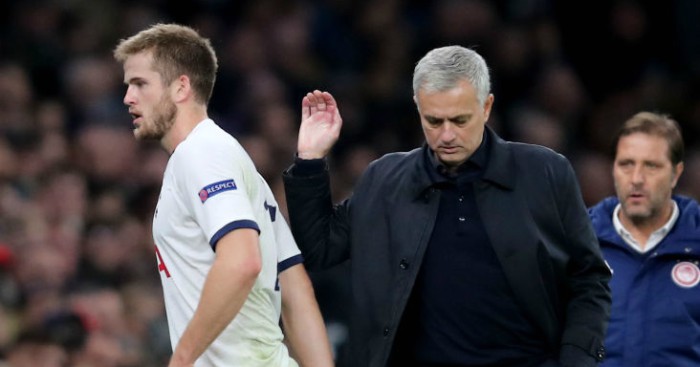 ‘Be yourself’ is always the (ridiculous) advice ahead of a first date. The truth is that it’s the last thing you should be. That first date is all about presenting the very best version of yourself, with flaws completely hidden, annoying habits disguised and table manners finessed. You’re clever, interesting, funny, slightly coy and you definitely never absent-mindedly scratch your genitalia and then sniff your fingers.

Obviously, it helps if that first date is against a rotten West Ham fielding one of the worst goalkeepers in Premier League history, and it’s at this point that you realise that you have run out of patience with your already tired analogy. But here we arrive at the second date of Tottenham and Jose Mourinho and both have already realised that there were lies told on that first date, lies about these players being in a false position in the Premier League and lies about the new coach being the kind of jovial character who could just take all this in his stride with humility.

Within 29 minutes of Tottenham’s quest for their first back-to-back wins since April, all illusions had been shattered. It was now clear that what had looked from a distance like a hesitant, disjointed, heavy-legged Tottenham side was exactly that. They were worse than terrible – misplacing passes, making half-hearted half-tackles, getting caught flat-footed. Harry Winks, Eric Dier, Toby Alderweireld and Danny Rose all made heinous errors at the back, while the ball bounced off Son and Lucas Moura further up the pitch. This was the Spurs side that had aged Mauricio Pochettino by ten years in ten months.

In truth, beyond the headlines of a first away Premier League win since January brought back-to-back wins at soon-to-be-relegated clubs and Jose Mourinho being hailed as the man to end that barren run at West Ham, what was hidden was that Spurs somehow saw a 3-0 lead cut to a single goal. And what was hidden was that Spurs had not had to play particularly well. And that Dier had been particularly poor after being predictably hauled from the fringes.

After less than 29 woeful minutes of this Champions League clash, Dier was being hauled again – off the pitch and under a bus, the first bloody victim of this Mourinho era at Tottenham; third-season Jose was making an appearance in his third half of football with Spurs. After clearly being advised that he needed to be humble, jovial and playful to secure a first date, he was showing his true colours less than half an hour into a second.

The truth is that it absolutely worked, with Winks in particular looking far more comfortable without Dier on his toes. Spurs did not magically turn into a potent attacking force, but they looked far less vulnerable. Their first goal was gifted and Olympiakos did not seem to recover during the interval, with Tottenham’s second after 50 minutes feeling inevitable. In the next 20 minutes the pair learned more about each other, with Mourinho making a defensive substitution to protect a draw and Spurs point-blank refusing to manage the game. This is not a match made in any version of heaven.

And yet it is working. In a fashion. There is a spark, there is chemistry, there is the promise of more. Spurs have their first back-to-back wins of the season, Spurs have secured a place in the last 16 of the Champions League, Spurs turned a 2-0 disaster into an uplifting 4-2 stroll. And key to that transformation was Christian Eriksen, brought on to replace the sacrificial ham by one of the few managers who has the nerve to make clinical and decisive changes as early as the 29th minute.

Maybe Paula Abdul was right and maybe opposites do attract, even after a second date when everybody had one too many and showed their true colours.