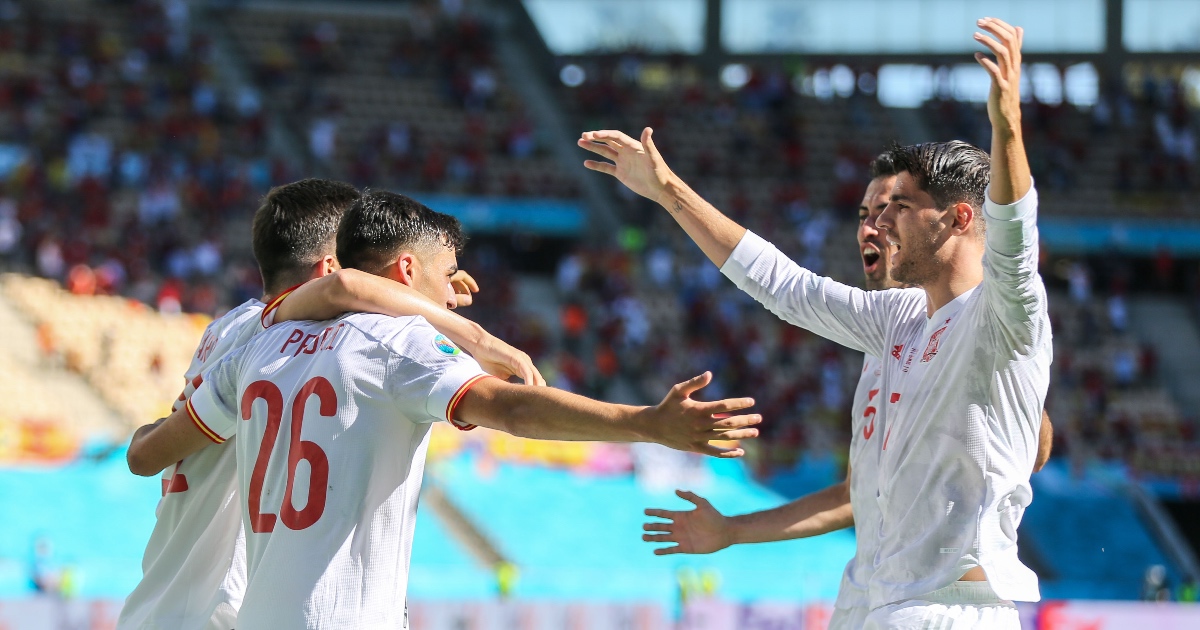 Slovakia goalkeeper Martin Dubravka’s erratic first-half performance – which included an absolute howler of an own goal – put Spain on their way to a 5-0 victory and safe passage into the last 16 of Euro 2020.

The Newcastle player had appeared set to frustrate the two-time champions with a penalty save from Alvaro Morata his best effort of a number in the opening half-hour.

However, he made a complete mess of dealing with Pablo Sarabia’s shot which rebounded off the crossbar – inexplicably punching it into his own net – before getting caught out of position to allow Aymeric Laporte to head home his first international goal just before the interval.

It made Spain’s life much easier than they would have anticipated and with Sarabia and Ferran Torres also on target and another own goal by Juraj Kucka, they finished runners-up in Group E to set up a meeting with Croatia in the first knockout round.

Slovakia kicked off needing a draw to progress but will now exit the tournament after a woeful display.

Under-fire Spain coach Luis Enrique’s continued loyalty to Morata was tested early on with the Atletico Madrid striker’s unconvincing penalty at an easy height for Dubravka to push away.

The spot-kick had been awarded after referee Bjorn Kuipers was advised by VAR to view on the pitchside monitor Jakub Hromada’s attempted clearance which hacked through the back of Koke.

It was Spain’s fifth successive miss – and second in the tournament – with the last player to score from the spot the unselected Sergio Ramos in September 2020.

With their brittle confidence shaken Sarabia, Pedri and Morata all had unconvincing attempts before Dubravka gifted them the opener.

Lubomir Satka’s reckless pass across the edge of his own penalty area went straight to Sarabia but when his shot rattled against the crossbar, Slovakia’s keeper misjudged his punch as he tried to tip the dropping ball over and patted it into his own net.

Dubravka’s evening did not get any better as when a corner was half-cleared he chased out of his goal to try to cut off Pedri’s pass but was drawn so far out of position Gerard Moreno was able to cross for Laporte to convert a header.

Their third and fourth goals were slightly more typical; Sarabia sweeping in first time from Jordi Alba’s cross and then turning provider for Torres to backheel home his first touch after replacing Morata in the 67th minute.

Kucka slicing into the net made it eight own goals at Euro 2020, one more than the previous five tournaments combined, as Spain registered five in a single European Championship match for the first time.