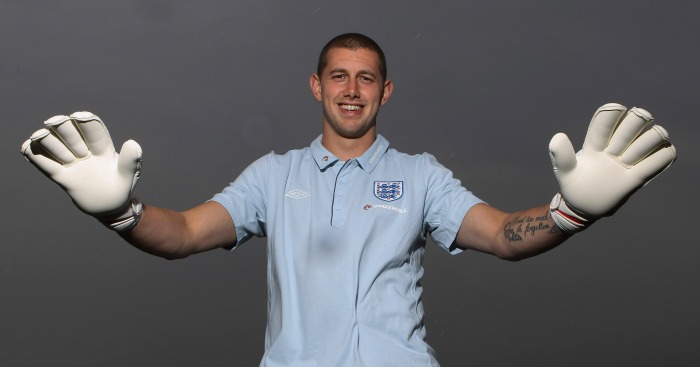 Ceefax was bullshit, wasn’t it? You have to be sceptical of any tool that leads you to believe that Marco Negri was a world-beating striker, or that Graeme Souness was a first-rate football manager. He won manager of the month twice in the very same season he gave Ali Dia a Premier League appearance for goodness sake. Twice!

For me, though, there is one last vestige of those ill-informed pixel judgements: The first thing I do whenever an England squad is announced is look through the teams in brackets after each player’s name, often without even looking at who the players are.

Seeing the club names parenthetically listed in an international squad still gives me those little pinpricks of juvenile excitement about things I either already knew or know to be false. “Two from Burnley, that’s weird. Four from Southampton! Blimey, they must be doing well. Ooh, Torino, that’s in Italy. How exotic.”

Once that fun little task is out of the way, the next thing I do is look to see who’s been selected as the third-choice goalkeeper. As far as I can tell, this is done by asking Amazon for a list of all English men who have ever looked at goalkeeping gloves and putting them into a tombola. Just over the past seven years, this tried-and-tested system has yielded call-ups for Alex McCarthy, David Stockdale, Frank Fielding and Scott Loach.

I think that more than anything, this is reflective of the notoriously tricky business of determining exactly how good goalkeepers actually are. You know a top-class keeper when you see them – nobody could watch Manuel Neuer or David De Gea and say ‘yeah, they’re crap. Makes you long for the days of Tony Warner and Andy Dibble, doesn’t it?’

But below that elite band, things very blurry very quickly. How many errors are acceptable? Are their errors actually errors or do we just have a poor understanding of what they ‘should’ be capable of? How many times do they fail to catch the eye because their organisational skills mean they hardly ever have to make a save?

This is exacerbated by the obvious lack of opportunity for up-and-coming goalkeepers to prove themselves. Top-flight clubs tend to have one first-choice stopper in situ for years on end. The obvious exception to this is Manchester United around the turn of the millennium, when Schmeichel’s departure led to Roy Carroll, Massimo Taibi, Raimond Van Der Gouw, Mark Bosnich and Fabien Barthez all appeared between the sticks.

It’s baffling that it took so long before someone burst suddenly into a back office at Old Trafford, cheeks ruddy-red from their sprint form the car park, and panted: “Hey, guys, I just found out Edwin Van Der Sar has been playing for Fulham for the past four years! Yeah, that one! With the Champions League winners’ medal and nearly 100 caps for Holland! I reckon we could probably get him, right?”

This means that highly capable stoppers can stay in the lower divisions for years, like Kasper Schmeichel or Tom Heaton, while poor goalkeepers can make extensive Premier League appearances before dropping to their actual level, like Chris Kirkland. All of the men I’ve listed above are professional athletes, mostly with nothing to be ashamed of (right, Mark?), yet here they are appearing as punchlines in some fat dickhead’s jokey online column. Life just isn’t fair.

The reality is, I have no real idea how good Heaton or Jordan Pickford are, even though I’ve seen both play on several occasions, because what a goalkeeper is required to do can vary enormously from game to game. This creates obvious problems with sample size: it’s only really by watching one side religiously that you can gauge the quality of their goalkeeper, but of course by doing that you’re not seeing what the other keepers in the league are up to, so you can’t win either way.

Meanwhile, the nature of TV highlights is to precisely indulge availability bias by only showing keepers at their incredible best and stinking worst. This is true of all players, of course, but especially goalkeepers, simply because their performances are defined by far few moments per game than other players. You can probably call to mind both an absolute howler and a bit of complete genius from every practically Premier League keeper this season, but it’s much more difficult to do the same even with high-profile outfielders.

I think that’s why you see such an entertaining variety of third-choice goalkeepers appearing in England squads. Unless you’re lucky enough to live in the late 90s, when the Seaman-Martyn-Flowers axis represented the clear best three options, it’s practically never clear who the third or fourth best goalkeeper in the country is. Bringing a variety of them into various squads for a couple of weeks is the only opportunity for the England manager to separate shot-stopping wheat from cross-claiming chaff in a like-for-like environment.

It’s all very sensible and reasonable when you really look at it, but I’ll still permit myself to get a little bit giddy in a couple of years when ‘Wildsmith (Sheffield Wednesday) appears on an England squad list.

Right. Does anyone have Yossi Benayoun’s number?