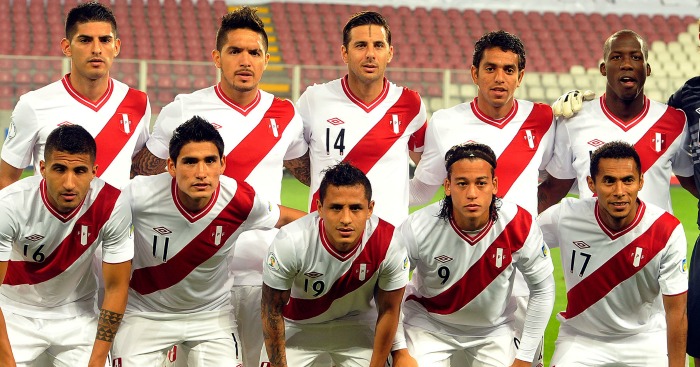 Look, I know this feature is called ‘small pleasures’, but it’s pretty hard for me to find one today.

I wanted to write about how all the new kits coming out at this time of year are a source of some joy, a sign that things will soon starting afresh. The league tables will soon be wiped off, new squad numbers will come out, signings will add renewed vigour, and we know that come August, we’ll be over the fatigue of a long, hard season.

You know you might end up disappointed, but there’s nothing quite like that “what if” anticipation of a new season, a new chance for your side to finally deliver. I can only compare to the tantalising prospect that you might receive the wonderful gift of oral sex on your birthday. You’ve no right to expect it, you probably won’t get it, you can’t reasonably be too disappointed if you don’t, but by golly, the sheer prospect of it is enough to put a spring in your step weeks ahead of the big day.

But this year, the gods of football have already put an unreasonably thick prophylactic on my enjoyment. I’ve had a look through the new kits each side will be wearing in the new season, and so far not a single one of them features a sash. Not. A. One.

It’s worth saying that half of the kits haven’t been officially launched, and are only available through sites proudly touting they’ve intercepted the “leaked” kits with a vigour more suitable were they blowing the Nixon administration wide open.

The Liverpool away and third kit “leak” is especially pleasing, featuring two slightly overweight, sunburnt, middle-aged men drinking beer. I’m totally in favour of this being the approach clubs take for their official photoshoots, incidentally. You could dress Emre Can in a robot suit made from discarded cereal boxes and he’d still make it look good, so his practised poses tell you nothing. The true test of a great kit is in how it looks when stretched over 18 stone of pure Liverpudlian pudge.

Regardless, no sashes in sight. This is unconscionable. The very best kit I’ve seen in recent years is London Bees’ current effort, which features not only a sash but a striped sash reflective of their eponymous anthophila. Sashes and bees? Truly, this is a shirt fit for a queen.

I would like to see more clubs incorporate military dress uniform features into their kit designs. We already have badges; the Premier League iron-on badges act as a kind of shoulder sleeve insignia, and some of the third kits even have literal camouflage built into their patterns. Why not go the whole hog and throw in a few chevrons, maybe a beret for goalkeepers? You could refer to the sash as a baldric if it makes you feel more masculine and less mayoral.

There is still hope. Crystal Palace have not yet released their kits for the coming season, and they are usually reliable for a bit of unabashed hardcore sash action. Let’s face it, that’s just the way you want it: you can’t half-arse the sash. Frankly, Middlesbrough deserved to be relegated for what they did to besmirch the good name of the sexy sexy sash this year, and I hope they keep dropping like Claudio Bravo until they make amends by doing sashes properly. I want to see sashes on their sashes. I want Steve Gibson to tattoo a sash on his face like a crap Ziggy Stardust. Smoggie Stardust, perhaps.