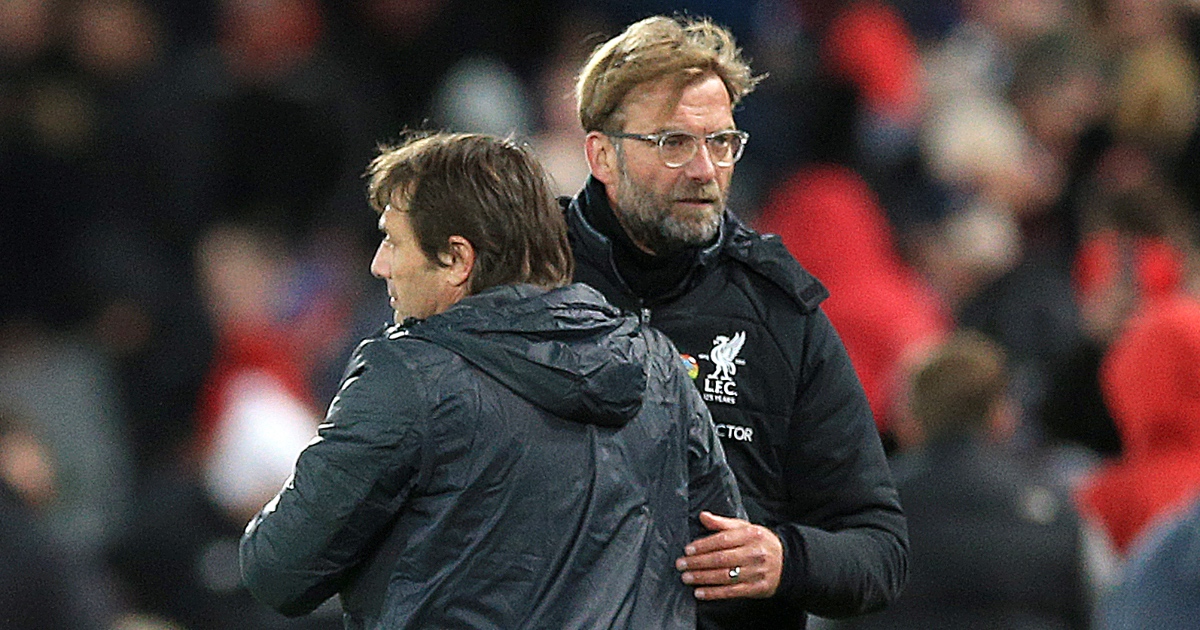 Manager to watch: Antonio Conte
Tottenham hired Antonio Conte for games like this. Under the lights at the Tottenham Hotspur Stadium, against one of the in-form teams in Europe, Spurs fans will be expectant.

Liverpool are streets ahead of Spurs right now and Conte is too long in the tooth to go punch for punch with Mohamed Salah et al. The approach will be pragmatic, but as was (almost) always the case at Chelsea, there will be a clear plan to hurt Liverpool.

Spurs are now three games behind in the Premier League after snow at Burnley and Omicron putting paid to their games at Brighton and Leicester. That may work in their favour in the short term, with Conte able to spend time on the training ground honing tactics (admittedly only with those not isolating), but it will also heap the pressure on later in the season, with fixture bunching now inevitable.

Conte will be focused on what he can control, namely motivating and organising his players to get something from Liverpool. It might not be pretty, but it will be passion-fuelled and Spurs have been missing that for a long, long time.

READ MORE: The Prem & EFL might not have any choice over a Covid fire-break

Team to watch: Manchester City
They were ludicrously good against Leeds and are playing with unbridled confidence. It is a three-horse title race, but Liverpool and Chelsea will need to pump their hinds with amphetamines to stand any chance of staying in it for much longer.

The strength in depth in those forward areas is astonishing and the way in which Pep Guardiola manoeuvres things to get the best out of players and keep them happy is masterful. Bernardo Silva and Raheem Sterling have both been on the verge of leaving but there’s very little chance of that now. We are truly blessed to have three brilliant football teams under three brilliant managers in the Premier League and there will be a very strong case for whoever goes all the way to be the best team we’ve ever seen – they will have beaten off extraordinary competition.

Eddie Howe could be forgiven for focusing on the game after City come to town; this one’s a foregone conclusion.

Football League game to watch: Middlesbrough v Bournemouth
On November 1, Bournemouth were nine points clear of West Brom in third place. That gap could be down to nothing by the time the Cherries travel to Middlesbrough on Saturday. Unbeaten in the first 15 games of the season, Scott Parker’s side have won just one of their last seven and need to reverse what is a worrying slide out of the automatic promotion places. Middlesbrough, meanwhile, have pushed themselves towards the play-off spots with two wins and a draw in their last three.

European game to watch: Feyenoord v Ajax
The Eredivisie has a similar look to the Premier League: it’s a three horse race for the title. PSV Eindhoven are a point clear of Ajax and Feyenoord, who do battle on Sunday. Ajax lost last time out to AZ Alkmaar but remain the favourites for the title and have a frankly ludicrous goal difference of 45, having scored 49 and conceded just four.