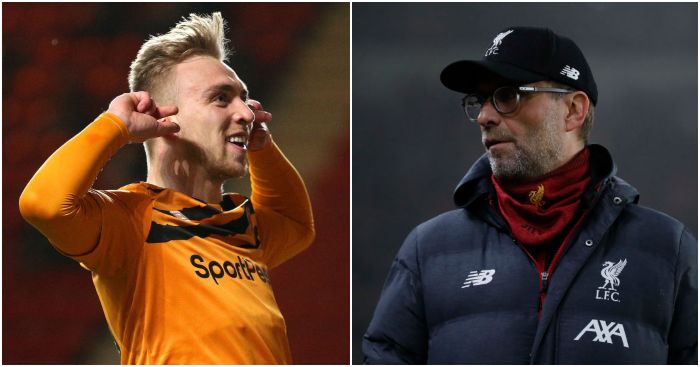 Game that is available to watch but we wouldn’t blame you for avoiding – Brentford v Leicester
It really is not a stellar FA Cup fourth-round draw and we care about you too much to pretend otherwise. Remember that when the time comes to choose F365 a collective retirement home.

But this could actually be vaguely interesting. Third in the Premier League against fifth in the Championship lends itself to the sort of intrigue generated by two teams with their focus elsewhere.

Leicester have wobbled their way to three wins from nine league games after that record-breaking sequence of eight successive victories from October to December. Yet they still boast a gap of eight points to fourth and 14 to fifth that provides more than margin for future error.

A semi-final berth in the Carabao Cup renders the FA Cup third on a list of priorities. Brendan Rodgers saw fit to display the strength of his squad in the last round as the Foxes strolled past Wigan with Danny Ward, James Justin, Wes Morgan, Filip Benkovic and Marc Albrighton all starting. Saturday brings an opportunity to face another team destined to leave the Championship sooner rather than later; Brentford will be an altogether tougher test.

No team is in better form in the second tier over the past ten games. The expectation-exceeding Thomas Frank has guided his busy Bees to within five points and one Leeds b*llock-drop of automatic promotion. Brentford have the best defensive record in the division, the third-best (or absolute best, according to Neil Warnock) attack and edged past Stoke with a heavily-rotated side of their own in the last round.

Expect changes again, from both sides. Brentford host Nottingham Forest (3rd) three days later. Leicester also play on Tuesday evening, when they travel to Villa Park for a cup semi-final, followed by a game with Chelsea the following Saturday. What could be the final ever FA Cup game at Griffin Park will not take precedence for either club, but it will be an interesting insight into how both operate beyond their starting XIs.

Player that can be viewed but that washing-up probably needs doing – Jarrod Bowen
In a world where young and British can add zeroes to any valuation, it is worth questioning why the impending expiration of 23-year-old Championship third top goalscorer Jarrod Bowen’s contract is not attracting more interest. Newcastle and Leeds have been linked recently, as have both Arsenal and Tottenham in the last 12 months, but there has been no auction played out to the gallery.

Hull manager Grant McCann’s admission that Bowen may have to be sold this month if he does not agree to the fresh terms he has been offered should have generated more than a whimper. No player has more combined goals (16) and assists (6) in the Championship this season, and certainly not while playing on the wing for the team in 12th.

He will eventually outgrow them, if that stage has not already been reached. Bowen is Hull’s two-time Player of the Year with the hat-trick almost certain to be completed come May. He has scored at least 28 more goals than any other player for the club since their relegation in 2017. The prospect of staying and doubling his wages in Yorkshire matters little. He wants to compete at the highest level, not flounder a division below.

So the FA Cup provides the perfect platform to impress. Hull’s promotion chances have been rocked by consecutive 1-0 defeats to Derby and Fulham; Saturday evening brings the opportunity to bloody the nose of a Premier League giant. Chelsea crushed them in the fifth round in 2018 and have won each of their last seven meetings but are in no sort of form themselves. Bowen will fancy his chances.

Manager who can be observed but you should probably see your family for once – Jurgen Klopp
As Liverpool approach the Premier League’s attempt at a winter break, there is no better time to take stock of their most difficult period of the season.

From their first game back after November’s international break to Thursday’s match against Wolves, Liverpool have played 17 games in 61 days. It is a run of fixtures equivalent to a game every 3.58 days, or roughly two a week. And they have three more in the next eight days.

They have won 15, drawn one (against Napoli in the Champions League) and lost the other (to Aston Villa in the Carabao Cup).

In that time they have faced and beaten the teams in third, fifth, sixth, seventh (twice) and eighth, winning a Merseyside derby, qualifying for the Champions League knock-out stages and being crowned champions of the world.

Shrewsbury, meanwhile, have won a single game all year: a replay against Bristol City in the last round with a goal in the penultimate minute.

“We will pick a game plan,” said manager Sam Ricketts of their fourth-round opponents then. “They have weakness like any team. We will have to ride our luck and when we get chances have to try and take them.”

He is right. Liverpool do have weaknesses. They are not infallible in defence, can be profligate in attack and have not played well for an entire 90 minutes since either strolling past Sheffield United on January 2 or hammering Leicester on Boxing Day.

And they will inevitably not play a full-strength side. But that did for Everton at Anfield and Harvey Elliott, Curtis Jones, Neco Williams and Pedro Chirivella can expect another senior call.

Not that Liverpool won’t take this seriously. The Treble is in their sights and while the Premier League title is Merseyside-bound, they are possibly five games from Wembley glory. The first is on Sunday evening.

Team who can be examined but, frankly, it’s been a long week and you could do with a nap – Manchester United
There is approximately no good that can come from an FA Cup fourth-round tie with Tranmere. Manchester United either dispose of the second lowest-ranked team left in the competition or continue to make great strides as yet another opponent picks their strongest team to face and thwart them.

Even a comfortable victory would come with the caveat of beating someone 21st in League One. Although that is preferable to the alternative of playing poorly, as was the case in September’s draw and subsequent penalty shootout win over third-tier Rochdale.

Ole Gunnar Solskjaer, with roughly no self-awareness, praised United for their steely spot kicks in that *Carabao Cup third-round game*. “We handled that really well,” he said, adding: “That’s our tradition, to do it the hard way.”

While there is everything to lose and precious little to gain on Sunday, there must be a response. In their past seven games, United have lost 2-0 more often than they have won by any scoreline. These are not narrow defeats but clear ones.

And although the prospect of beating Tranmere three days after Micky Mellon’s side battled through extra-time to earn the opportunity provides no possible confidence boost, defeat or a draw would knock them even further off track.

It is a different sort of pressure than the one they are used to facing: the sort that cannot be alleviated over 90 minutes but can be increased exponentially. And if United do lose, it will be interesting to see how it is Paul Pogba’s fault.

Football League game that can be surveyed but you have a modicum of self-respect left – Sunderland v Doncaster
If you really don’t like yourself, feel free to tune into Sky Sports Football on Friday evening. It’s Sunderland. It’s Doncaster. It’s live. It’s a damning indictment on your social life if it’s anything more than background noise. And that stands for fans of either club.

The hosts have actually started to gradually turn things around. Phil Parkinson lost his first game in charge after replacing Jack Ross, embarking on a run of two wins in nine games. Sunderland dropped as low as 15th by Boxing Day.

But a 2-1 win over Doncaster prompted something of a recovery. A 1-1 draw with Fleetwood followed before three successive victories carried them to the heady heights of 6th. Win this – a game in hand on four of the sides above them – and they are up to fourth.

European game that can be scrutinised but that drying paint looks awfully appealing – Roma v Lazio
Serie A is truly treating us on Sunday. Inter v Cagliari is a wonderful appetiser, Sampdoria v Sassuolo a passable starter and Napoli v Juventus a glorious dessert. As far as main courses go, it is difficult to beat a Derby della Capitale.

This being a clash between third and fourth adds even more spice. If Lazio win they can open up a gap of ten points to the teams below them while maintaining an unlikely title challenge. A Roma victory leaves just four points between them as the season edges past the halfway point.

With both sides exiting the Coppa Italia in midweek, focus will be entirely on this meeting. Roma will consider Europa League opponents Gent a little closer to the time while Lazio’s group-stage knockout ensured they face no such distractions.

The nominal home advantage goes to Roma, but that is the only thing weighing in their favour. They face a Lazio side on an 11-game winning league run with Europe’s most effective marksman at their heart.

But the nominal ‘away’ side has only won one of the previous eight derbies. Consider our collective excitement barely containable.