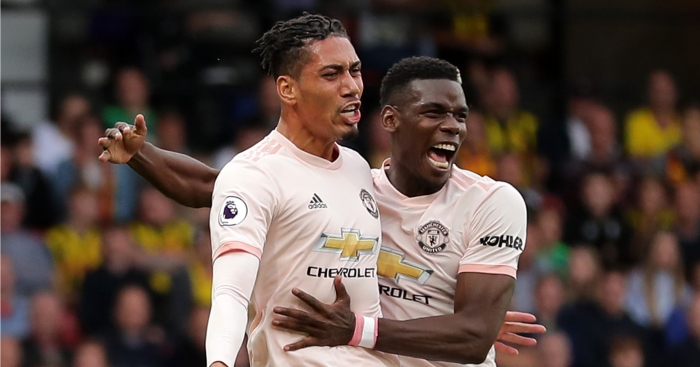 Pogba was dropped for previous manager Jose Mourinho’s last two league games in charge, but has been in sensational form since the Norwegian took over as caretaker manager in December.

The Frenchman’s brace against Fulham took his tally to eight goals in ten games under Solskjaer, during which time he has also assisted five a further five.

Smalling told MUTV: “Paul has got everything, hasn’t he, and he is showcasing that.

“A big reason why we are in this form we are in is down to Paul, because he’s not just scoring goals, he is assisting goals and he is controlling games as well, so we are very lucky to have a player like him in our team.”

The United defender added: “We needed to ride out that first 10 minutes and then every time we got the ball down and broke those lines, you could see Anthony [Martial], Paul [Pogba], and Rom [Romelu Lukaku].

“It looked like we could score every time. I thought we created some great chances.”