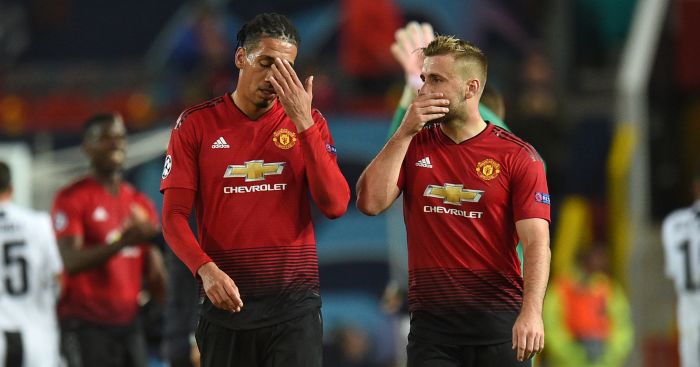 Chris Smalling reckons Manchester United’s consistency is the area most ripe for improvement at Old Trafford.

United had a rollercoaster season last term, with a wonderful run of form coinciding with Ole Gunnar Solskaer’s caretaker appointment sandwiched by some God-awful displays at either end of the campaign.

Red Devils defender Smalling has identified rectifying that inconsistency as their biggest priority.

When asked by the club’s official website what needs to be improved upon next term, Smalling replied: “I think consistency.

“Obviously since Ole has come in, our consistency has definitely gone up but I think we know there’s a lot to work on.

“With Ole and the coaching staff, we’ll have a full pre-season working on a lot of things. Hopefully come pre-season, we can show what we’re really made of through the whole course of the season and be a lot more consistent because ultimately if you want to be top of that league you need that consistency in every game. You can’t have two or three games where you let your level drop.”

Despite the disillusionment of many United supporters, Smalling has urged them to stick with the team.

“I think my message would be to keep supporting us,” he added. “It never goes unnoticed.

“When we’re winning or losing, when we’re doing warm-ups or even when I’m walking down the street, there are United fans talking to me. I think that’s something we all love.

“You can definitely bet on it that we’re going to be giving everything in pre-season and making sure that next season is one to remember for all the right reasons.”

Even if the fans aren’t relishing the new season yet, Smalling insists the squad is excited.

“Very much so,” he said. “I think we know we had, sort of, two halves to our season last season, so to be able to hit the ground running from August and to have a whole sustained season – I think that’s what we’re most looking forward to and showing what we can do over the course of all those games.”