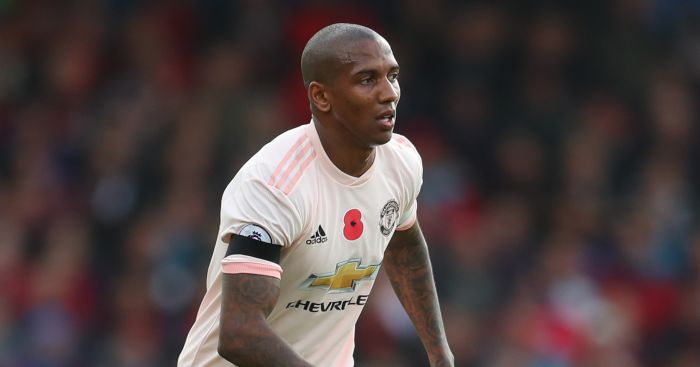 Manchester United’s Ashley Young was a target for some disgusting abuse on social media over the weekend but Chris Smalling admits “you can’t get away from it.”

The Red Devils came from a goal down to beat Bournemouth 2-1 and make it three wins from their last four Premier League matches.

Despite that, Young still came in for abuse and was forced to hit out after a troll posted this on Twitter: “Ashley Young embarrassing. Wouldn’t of [sic] minded him on that helicopter.”

Young responded by saying: “I can take all the abuse you can throw at me but this is vile and disrespectful.”

I can take all the abuse you can throw at me but this is vile and disrespectful.

And Smalling, who was also criticised on social media for his role in Bournemouth’s goal, has insisted that he will not give in to the trolls.

“You can’t get away from it,” Smalling said, who was vilified by some fans on social media during their match against the Cherries.

“I’m not saying I’m going to read all my comments, but as players you need to have thick skin and we need to have belief that you will have bad days but it’s about making sure you have more good days than bad.

“To be able to be at a club like this – and last as long as I have – you need to have that courage and belief in your ability.

“You’re not going to have good days every week and the bad days are often highlighted when you’re at a big club – but I believe in myself and I keep working. That’s what I keep doing.”