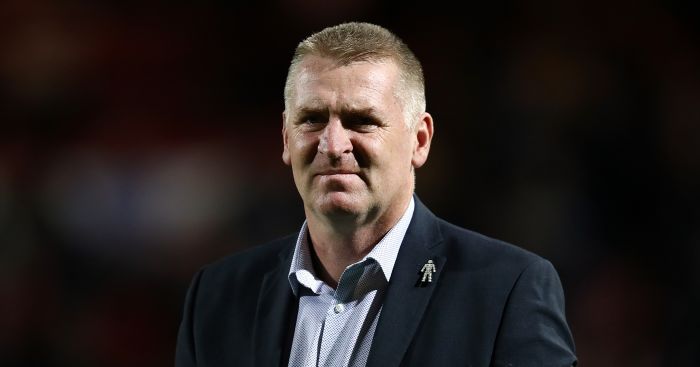 Dean Smith has been appointed as the new head coach of Aston Villa, with John Terry named as his assistant.

Smith, a lifelong Villa fan, leaves Brentford, while Terry moves into coaching having just announced his retirement as a player. Jesus Garcia Pitarch has also been appointed as sporting director.

Aston Villa chief executive Christian Purslow said on the club’s official website: “These three appointments represent the start of a new era and direction at Aston Villa and we are delighted to secure their services after an extensive search.”

Terry, 37, finished his playing career last season with defeat in the Championship play-off final with Villa under former boss Steve Bruce, who was sacked last week.

Rui Faria, a long-time assistant coach to Jose Mourinho, had also been linked with the vacancy, as well as Thierry Henry and Celtic boss Brendan Rodgers.

Pitarch, meanwhile, has been confirmed as Villa’s new sporting director, having held similar roles at both Valencia and Atletico Madrid.

Purslow is confident the former Walsall boss can make a big impact at Villa Park, a club with which he already held a strong bond.

“Dean has a clear and successful coaching philosophy as well as a real understanding of Aston Villa Football Club. He is also knowledgeable about the Championship,” Purslow added. “The board welcomes him to the club and is looking forward to working with him and his staff.”

Terry had earlier spoken of his ambition to become a manager, saying he was “ready for the next chapter in my life”.

Purslow feels former Chelsea and England captain Terry can make a successful transition to the dugout.

“John is one of the most decorated players in English football, has an affinity with the club and is ready to make the next step in his career working alongside Dean,” he said.

Purslow believes the new coaching structure will only prove beneficial for the long-term future of the club.

The Villa chief executive added: “Jesus also brings a huge amount of experience in his particular role having worked with some of the biggest clubs in Europe.

“He will ensure the club has an integrated approach running from the academy through the under-23s and into the first team.”

Brentford, meanwhile, confirmed assistant head coach Thomas Frank would take training on Thursday ahead of a planned weekend off with no fixture because of the international break.

The west London club added on Twitter: “We would like to record our thanks for all the hard work done by Dean during his near three years at Griffin Park.

“We will make a further announcement on the first team coaching structure in due course.”

Assistant manager Richard O’Kelly followed Smith to Griffin Park in November 2015. Brentford said his position would be “clarified in the coming days”.