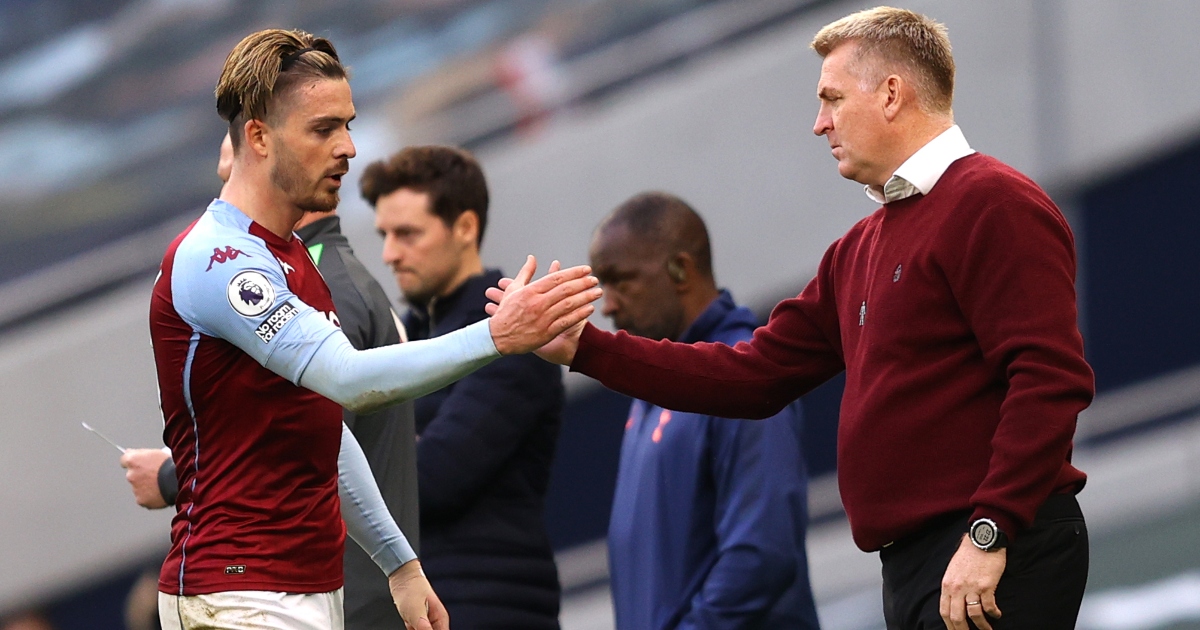 Aston Villa boss Dean Smith has said that ex-Villan Jack Grealish will “thrive” when playing on the highest stage for Manchester City.

He made his debut in Saturday’s Community Shield loss against Leicester City and will likely start on the bench for City’s Premier League opener against Tottenham on Sunday.

Much has been said of Grealish‘s big-money transfer, but his former boss has hailed him as “the best player I’ve ever worked with” and is convinced he will be a success at the Etihad Stadium.

“Jack will show what he’s worth on the highest stage, in the Champions League – as he did at the Euros,” Smith told Sky Sports.

“In terms of what Jack can achieve, he’ll thrive playing at the highest level. It’s what he was born to do.”

When asked about the transfer, he added: “We’re all disappointed Jack chose to leave the football club because he meant so much to all of us, but we also understand why he left and wish him well – obviously apart from when he plays Aston Villa.

“We were probably 18 months behind where we needed to be to keep him, but we’ll strive to get there.

“I thanked Jack for all our time together and he thanked me for everything I’ve done for him as well. I wished him well and told him not to be a stranger, so he’ll remain one of my clan that I’ve helped along and we’ll keep in touch, that’s for sure.”

Villa have been very active in the transfer market and their signings of Emi Buendia from Norwich City and Bayer Leverkusen winger Leon Bailey added fuel to the fire when it came to Grealish’s rumoured departure.

The additions of Buendia and Bailey has put the Midlands club in a strong position for the upcoming season.

Grealish held a massive influence over the team, but two excellent additions as well as the signing of Danny Ings from Southampton will give the Villa Park faithful a great deal of hope for the 2021/22 campaign.